Tyranny in America: Of the IRS, Syria, and South Sudan 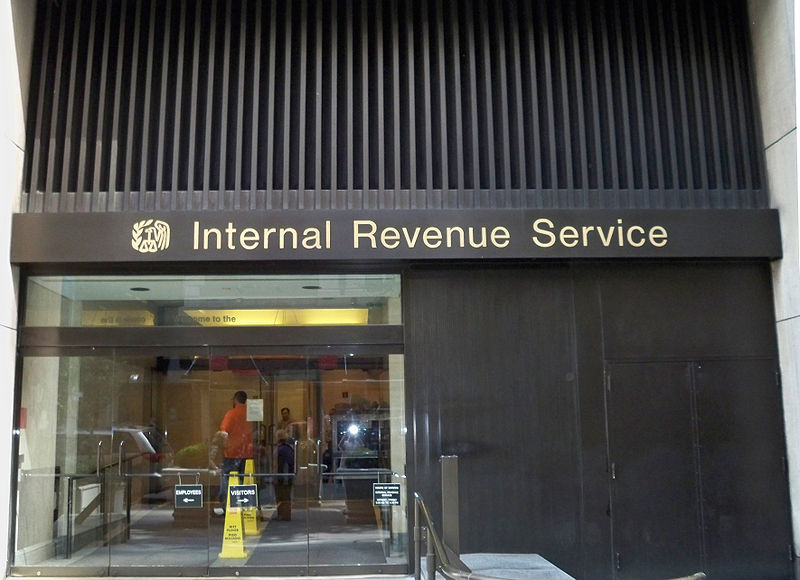 Tyranny seldom arrives in a country rapidly and fully grown. Military coups against freely elected governments—like the one supported by U.S. Democrats and Republicans in Egypt—are frequent in history but seldom bring permanent changes for the better in government. They are often simply preludes to sporadic violence and ultimately civil war.

In America, our Founders, and especially General Washington, did all they could to ensure the military remained subordinate to political leaders. To this day, their work has been successful, although one wonders what our service personnel are thinking after sixty years of being sent to war by presidents of both parties who are eager to spend their lives but have no intention of winning.

One must especially wonder what goes on in the minds of our soldiers, Marines, diplomats, and intelligence officers now that they cannot be certain that future presidents and their cabinet officers will make even minimal efforts to protect them while deployed overseas. Perhaps more than the abject defeats Bush and Obama pinned on the U.S. military in Afghanistan and Iraq, America’s defense establishment writ large must wonder what comes next after Obama, Brennan, Biden, and Hillary “The Butcheress of Benghazi” Clinton sat on their arrogant butts and refused to send additional security to Libya until official Washington had the opportunity to watch Americans die on a live video feed, and then see Congress’s bipartisan refusal to name and bring to trial those responsible for what looks very much like negligent homicide.

But because the U.S. military in the ranks is a disciplined, obedient, and fiercely loyal organization, and because it is led largely by time-serving generals who resolutely refuse to resign and speak out about the unconscionable waste of young lives that occur when presidents routinely go into wars they do not intend to win, the threat of tyranny-via-coup in America is—for now—quite negligible.

Tyranny in America, however, is coming in small steps for which both parties are responsible, but for which the Democrats—because of their dominant historical traits: slavery, secession, segregation, and socialism—are best qualified and most focused on installing. Let’s look at small parts of two much bigger national-government programs—tax collection and foreign aid.

If current Obama-administration leaks turn out to be true, the FBI is going to conclude—without any significant investigation into the issue—that the attack of Obama’s IRS on American conservatives and the 1st Amendment did not amount to criminality. If that decision to made, you can count it as another deliberate step along the path toward the tyranny Obama and his party want to establish. Does anyone in their right mind really believe that “rogue bureaucrats” at the IRS launched a definitively unconstitutional attack on conservatives, their organizations, and the Constitution without the initiative and sanction for that illegal offensive coming directly from the White House? Find such a person, and you have found an idiot, a Democrat, a Progressive, or a non-Tea Party Republican. (NB: This last sentence may be redundant after the word idiot.)

And then there are the new regulations that add not to the IRS’s efficient collection of taxes, but to its power to control and limit Americans’ political organizations, speech, and actions—regulations than can be used by Obama or any future president to paralyze or persecute his political opposition. Since neither party has moved to eliminate these regulations, there appears to be no choice for Americans but to regard IRS officers as the White House’s political operatives and thus the clear enemies of most Americans and their liberties. Indeed, individuals willing to work for the current IRS can only be considered enemies of the Constitution and as a kind of political police who slither about like slugs snooping for any person who dares oppose and work politically to defeat the incumbent government.

With tar-and-feathering sadly out of vogue, what can be done by citizens to deal with this sort of tyranny? One possible solution would be for the Congress to summon enough courage to make all IRS officials—men and women—wear distinctive uniforms so citizens can identify their enemies and stay as far away from them as possible. I would suggest as appropriate a very shiny black uniform with bright yellow facings around pockets, seams, collars, and cuffs. The shiny black would denote the depravity of any American citizen who joins a service that has been redesigned to destroy the 1st Amendment and to take the earnings of working people and give it to the Democratic base, the 50-percent of Americans who pay no taxes. The yellow facings would testify to the fact that only cowardly bullies would persecute their fellow citizens because they are safely backed and protected by unconstitutional laws enforced by Obama’s Gauleiters at DOJ and FBI.

A mandate for uniforms is unlikely, however, as neither Democrats nor most Republicans want citizens to have a fair chance to beat the tax-sucking tyranny they are installing. Therefore, the average citizen must take action on his own and ostracize IRS officials from all possible social, religious, and organizational venues. Keep them off of school boards, PTAs, Protestant vestries, local government institutions, Catholic church councils, scouting organizations, theater groups, little leagues, animal-rescue groups, etc. And if you cannot do this, either stay away from groups that have current or former IRS officials as members or be a silent Sam in their presence, as well as in the presence of their children, who, to please Il Duce—sorry, I meant to write “the president”—IRS officials will task to do their listening and report back on what you think and say. Bill Clinton almost killed the concept of shame in America, but perhaps the much-needed shaming of IRS officials might revive the concept and make it useful until that happy day when tar-and-feathering again becomes mainstream.

And then there is foreign aid. Let’s take a look at Syria. Everyone in the United States and around the world seems to know that America is broke, with the exception of the elected members of both U.S. political parties. Notwithstanding the country’s apparently inexorable death-by-debt, these oblivious nabobs will spend whatever it takes to make themselves believe they are good people because they give the taxes of hardworking Americans to venal and incompetent foreigners.

Last week the media reported that Washington had pledged $380 million dollars to help Syrians who are displaced as a result of the war they wanted, started, and are waging against their own government. Now, there are clearly Syrians who need a burger and a blanket, but by what possible interpretation of the Constitution can it be legal to for Washington to steal money from Americans—that is, tax them—and then use it, not to improve their lot or better the country’s defense, but to dole out to foreigners inconvenienced by the war they started?

Foreign refugees of all kinds, in all places, and at all times deserve help, but that help must be provided out of the goodness of  peoples’ hearts; hearts that are moved to act by the once far-more-common human trait known as charity—and charity is not remotely the job of the U.S. government. Let Obama fork over his book royalties and the money he no longer spends on cocaine; let Kerry pony-up part of his wife’s ketchup capital; let McCain donate some of his wife’s money; let Pope Francis divest himself of his Church’s priceless art works and luxurious castles; and let everyone else donate—or not—as they see fit. But do not spend the taxes of Americans on foreigners whose plight is self-inflicted rather than on the dire needs of their own country and fellow citizens.

If the denizens of official Washington have a surplus $380 million they can frivolously give to foreigners, that money clearly should never have been collected by the lamentably corrupt IRS in the first place. If such a surplus exists, it ideally should be returned to the taxpayer. If it must be spent, it should be used to reduce malnutrition among American children and to help maimed U.S. military veterans. In the latter case, care for these young men and women is increasingly defaulting to private sector and non-profit voluntary organizations because the Veterans’ Administration is both callous and incompetent, and because ever more tax money is needed for Obama’s rapidly expanding food-stamp program which funds slackers, illegal aliens, and those deserving-to-starve individuals who tell the press they are just too weary, depressed, and sad to continue looking for work. After all, the Democratic Party’s core supporters—not legless young Marines—must come first.

And if $380 million seems like pocket change to anyone, perhaps a light might be focused on South Sudan, where our elected representatives and Il Duce—sorry, I mean President Obama—have poured more than $1.3 billion since 2011, according to the Congressional Research Service. Why South Sudan? Well because a U.S.-led intervention there, featuring an Israeli-like land theft, furthered the Barack Obama/Hillary Clinton/Susan Rice civilizational war on Islam. They, their European buddies, and their UN hit-man simply stole 40-percent of Muslim Sudan’s territory and 75-percent of its oil resources and gave it to a few venal tribes that hate each other—witness today’s astounding levels of graft and deepening inter-tribal war there. These Sudanese beneficiaries of IRS collection have proven their inability to govern, while demonstrating an unlimited talent for corruption and murder.

Not coincidentally, South Sudan is another favorite cause of Hollywood’s ever-expanding community of foreign policy geniuses and so Obama’s lavish dispensing of U.S. tax dollars on a country and people utterly unimportant to the United States, and demonstrably unfit for self-government, earns the Democrats increased contributions from Hollywood’s leaders, those creatures whose only demonstrable talent is to teach America’s pre-teens—via movies, video games, and other media—the sheer fun of killing people for sport.

Tyranny comes, in essence, through the actions of a national leader who does what he wants to do, because he wants to do it, no matter what the letter and spirit of the laws say.  For example, an American tyrant could use his tax-collection system not only as a revenue gatherer, but as a tool for persecuting and silencing his political opponents. An American tyrant could also—with his willing bipartisan lackies in the government’s other branches—extract exorbitant taxes from citizens and then give them to foreigners, an action that clearly tells hungry American kids and crippled soldiers and Marines that, to quote an old and dear friend, they have few votes and so “can go piss up a rope.”

The English republican writer John Milton argued that tyranny usually arrives and entrenches itself not with murders and treason, but rather stealthily and gradually. Today we Americans are watching the truth of John Milton’s words unfold.