On War Criminals and Heroes: The Whitewashing of Ariel Sharon 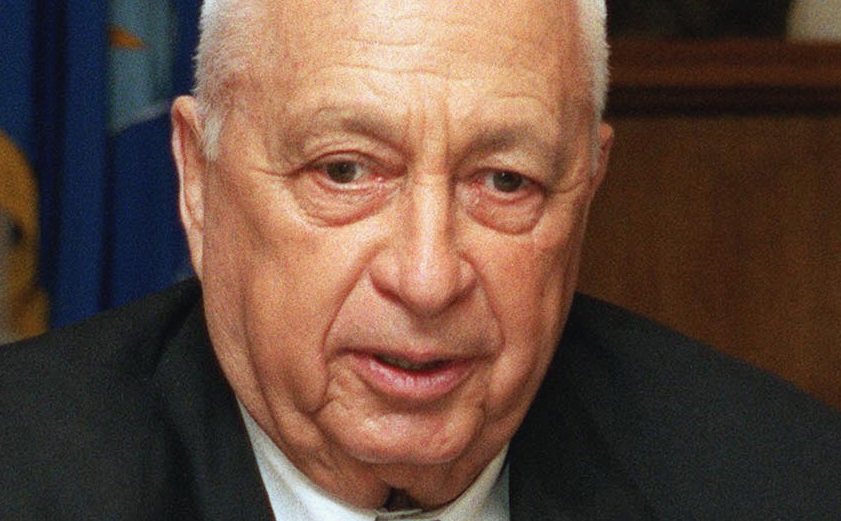 Then Israeli Prime Minister Ariel Sharon in a meeting at the Pentagon in Washington, DC (Helene C. Stikkel/US Department of Defense)

The death of former Israeli leader Ariel Sharon enlivened US media’s interest in the legacy of a man considered by many a war criminal, and by some a hero. In fact, the supposed heroism of Sharon was at the heart of CNN coverage of his death on January 11.

Sharon spent the last eight years prior to his death in a coma, but apparently not long enough for US corporate media to wake up from its own moral coma. CNN online’s coverage presented Sharon as a man of heroic stature, who was forced to make tough choices for the sake of his own people. “Throughout, he was called ‘The Bulldozer,’ a fearless leader who got things done,” wrote Alan Duke.

In his article, “Ariel Sharon, former Israeli Prime Minister, dead at 85”, Duke appeared to be confronting Sharon’s past head on. In reality, he cleverly whitewashed the man’s horrendous crimes, while finding every opportunity to recount his fictional virtue. “Many in the Arab world called Sharon ‘the Butcher of Beirut’ after he oversaw Israel’s 1982 invasion of Lebanon while serving as defense minister,” Duke wrote.

Nevertheless, Sharon was not called the ‘The Bulldozer’ for being ‘a fearless leader’ nor do Arabs call him ‘the Butcher of Beirut’ for simply ‘overseeing’ the invasion of Lebanon. Duke is either ignorant or oblivious to the facts, but the blame is not his alone, since references to Sharon’s heroism was a staple in CNN’s coverage.

Sharon’s demise however, and the flood of robust eulogies will neither change the facts of his blood-socked history, nor erase the ‘facts on the ground’—as in the many illegal colonies that Sharon has so dedicatedly erected on occupied Palestinian land.

Following the Israeli occupation of Gaza along with the rest of Palestine in 1967, Sharon was entrusted with the bloody task of “pacifying” the headstrong Strip as he was the head of the southern command of the Israel Defense Forces. Sharon was dubbed the “Bulldozer” for he understood that pacifying Gaza would require heavy armored vehicles, and Gaza’s crowded neighborhoods and alleyways weaving through its destitute refugee camps were not suited for heavy machinery.

Therefore, he resolved to bulldoze thousands of homes, preparing the way for tanks and bulldozers to move in and topple even more homes. Modest estimates put the number of homes destroyed in August 1970 alone at 2,000.  Over 16,000 Palestinians were made homeless and thousands were forced to relocate from one refugee camp into another. The Beach Refugee Camp near Gaza City sustained most of the damage. Many fled for their lives, taking refuge in mosques and UN schools and tents. Sharon’s declared objective was targeting the terrorist infrastructure. What he in fact meant was targeting the very population that resisted and aided the resistance, for they indeed were the very infrastructure he harshly pounded for many days and weeks. Sharon’s bloody sweep also resulted in the execution of 104 resistance fighters and the deportation of hundreds of others. Some were sent to Jordan, others to Lebanon, and the rest were simply left to rot in the Sinai desert.

But Sharon’s violence was part of an equally disturbing logic. He believed that any strategic long term plan to secure Israel must have at its heart a violent campaign aimed at disorienting Palestinians. He was quick to capitalize on the Allon plan, named after Yigal Allon, a former general and minister in the Israeli government, who took on the task of drawing an Israeli vision for the newly conquered Palestinian territories.

Sharon recounts standing on a dune near Gaza with cabinet ministers, explaining that along with military measures to control the Strip, he wanted ‘fingers” of settlements separating its cities, chopping the region in four. Another ‘finger’ would thrust through the edge of Sinai, helping create a ‘Jewish buffer zone between Gaza and Sinai to cut off the flow of weapons’ and divide the two regions in case the rest of Sinai was ever returned to Egypt. That legacy disfigured and isolated Gaza, even years after Sharon implemented his policy of unilateral ‘disengagement’ in 2005. He relocated the settlers to other illegal colonies in the West Bank and imposed a hermetic siege on the Strip, the consequences of which remain suffocating and deadly.

Sharon was keen on espousing or exploiting the division of his enemies. He moved against Lebanon in 1982, when the country was at its weakest point, exhausted by division and civil war. And when Israeli forces finally occupied Lebanon in 1982, as PLO fighters were shipped by sea to many countries around the Middle East, a triumphant Sharon permitted his Christian Phalangist allies to enter the defenseless Sabra and Shatila refugee camps. In the days between September 16-18, 1982, as Israeli troops completely besieged the camps, the Phalangists entered the area and carried out a massacre that gruesomely defined both the Lebanese civil war and the Israeli invasion, killing thousands of Palestinian refugees, mostly butchered with knives, but also gunned down.

Although partly discredited after his disastrous war in Lebanon, Israeli voters brought him back repeatedly, to lead the rightwing Likud party in May 1999 and as a prime minister of Israel in Feb. 2011. The aim was to subdue rebelling Palestinians during the Second Intifada. In fact, it was Sharon’s provocative ‘visit’ to one of Islam’s holiest shrines a few months earlier that sparked anger among Palestinians and, among other factors, started the uprising.

Sharon attempted to crush the uprising with the support and blessings of the US, but he failed. By the end of August 2001, 495 Palestinians and 154 Israelis were killed.  International attempts at sending UN observer forces were thwarted by a US veto on March 27, thus paving the way for the Israeli army to thrash its way into Palestinian refugee camps and other areas formerly controlled by the Palestinian Authority.

In March and April 2002, Sharon ordered Operation ‘Defensive Wall’, which resulted in major military incursions into most West Bank cities, causing massive destruction and unprecedented bloodletting. The Israeli operation led to the killing of hundreds of Palestinians, the reoccupation of major Palestinian towns, the destruction of Arafat’s headquarters in Ramallah, and the subsequent besiegement of the Palestinian leader in his barely standing office.

Sharon was no hero. It is time for US media to wake up from its own coma, and confront reality through commonsense and the most basic human rights values. It should not be looking through the prism of the most rightwing, if not fascist elements of Israeli society.