The Bombing of Pan Am Flight 103: Case closed? 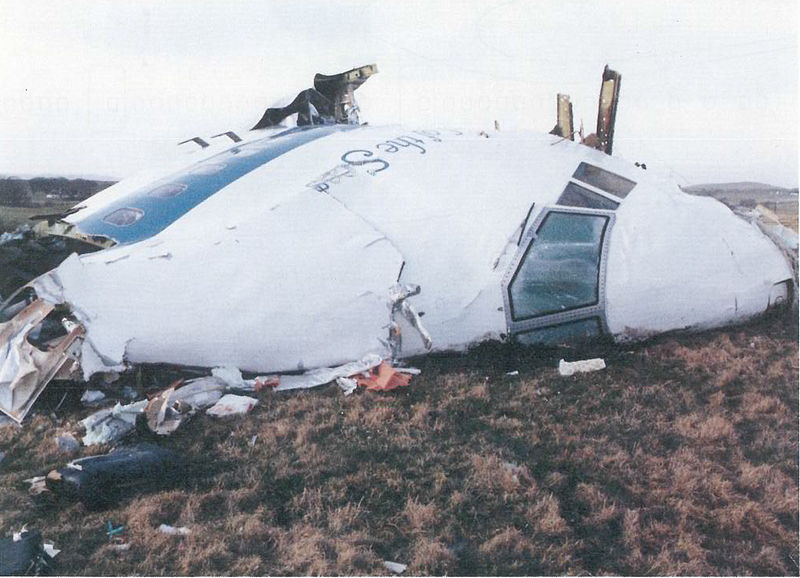 The wreckage of Pan Am Flight 103 (Air Accident Investigation Branch)

When the 25th anniversary of the 1988 bombing of PanAm Flight 103 occurred on December 21, I was fully expecting the usual repetitions of the false accusation against Libya and Moammar Gaddafi as being responsible for the act, which took the lives of 270 people over and in Lockerbie, Scotland. But much to my surprise, mingled with such, there were a rash of comments skeptical of the official British-US version, made by various people in Scotland and elsewhere, including by the governments of the United States, the United Kingdom, and Libya.

In a joint statement the three governments said they were determined to unearth the truth behind the attack. “We want all those responsible for this brutal act of terrorism brought to justice, and to understand why it was committed”, they declared.[1]

Remarkable. In 1991, the United States indicted a Libyan named Adelbaset al-Megrahi. He was eventually found guilty of being the sole perpetrator of the crime, kept in prison for many years, and finally released in 2009 when he had terminal cancer, allegedly for humanitarian reasons, although an acute smell of oil could be detected. And now they speak of bringing to justice “those responsible for this brutal act of terrorism”.

The 1988 crime was actually organized by Iran in retaliation for the American shooting down of an Iranian passenger plane in July of the same year, which took the lives of 290 people. It was carried out by the Popular Front for the Liberation of Palestine – General Command (PFLP-GC), a 1968 breakaway from a component of the Palestine Liberation Organization, with some help from Syria. And this version was very widely accepted in the Western world, in government and media circles—until the US buildup to the Gulf War came along in 1990 and the support of Iran and Syria was needed. Then, suddenly, we were told that it was Libya behind the crime.

If the US and UK now wish to return to Iran, and perhaps Syria, as the culprits, they will have a lot of explaining to do about their previous lie. But these two governments always have a lot of explaining to do. They’re good at it. And the great bulk of their indoctrinated citizens, with little resistance, will accept the new/old party line, and their mainstream media will effortlessly switch back to the old/new official version, since Iran and Syria are at the top of the current list of Bad Guys. (The PFLP-GC has been quiescent for some time and may scarcely exist.)

If you’re confused by all this, I suggest that you start by reading my detailed article on the history of this case, written in 2001 but still very informative and relevant. You may be rather surprised.

The UK, US, and Libyan governments have now announced that they will co-operate to reveal “the full facts” of the Lockerbie bombing. And Robert Mueller, the former head of the FBI, said he believes more people will be charged. This could be very interesting.