The outcome of the 2013 Azerbaijani presidential election was hardly surprising to anyone. That the incumbent President Ilham Aliyev would win a third consecutive term seemed predestined long before the elections. However, that he did not even bother to run an election campaign and then won by 85% majority of the votes was perceived as being too arrogant for the world to disregard.[1] The pronounced judgment was quite harsh when the Organization for Security and Cooperation in Europe (OSCE) and the US State Department, historically keeping a deliberate smoothened criticism, assessed the election as flawed.

Usually the standard statement, regardless whether referring to Armenia, Azerbaijan, or Georgia, opens with the elections being “in line with international standards,” just before amending a numerous pages of “potential improvements.”[2] However, the recent elections in Azerbaijan simply did not leave any room for that diplomatic smoothening. The OSCE called it “seriously flawed” while the US State Department announced that it “fell short of international standards.”[3]

Nonetheless, the Parliamentary Assembly of the Council of Europe (PACE) and the European Union (EU) final report chose to turn a blind eye to the shortcomings and called it “a free, fair and transparent electoral process.”[4] These positive attributes were in sharp contrast to what the OSCE, the US Department, other NGOs and individual MPs in the EU monitoring mission. One of these MPs was the Swedish Marietta de Pourbaix-Lundin, who criticized both the election and the official statement by the institution she represented.[5] De Pourbaix-Lundin mentions her conservative MP colleagues from Great Britain and Spain as examples for having shown poor judgment in this matter, and she “regrets that the European Council so shamelessly chooses to turn a blind eye to obvious violations.”

That the EU would choose any harsher tone against Azerbaijan, the alternative to Europe’s dependency on Russian oil and natural gas, roughly two months ahead of the Vilnius Summit would be unimaginable [6] Stability (i.e. the flow of oil and gas) is historically given the highest priority, and realpolitik still reigns supreme in our days.

It is hardly any secret that Europe, the US, and the OSCE have upheld a balanced approach towards Armenia and Azerbaijan, especially in regard to the Karabakh conflict during the past 20 years. The criticism towards these two governments and their shortcomings has been in almost perfect parity, where any differentiation that could hint or be misinterpreted as favoritism has been carefully avoided to uphold the image of perfect objectivity on behalf of the mediators of the conflict. However, two recent events should act as warnings, signaling the unsustainability of this flawed policy.

The first flagrant sign was the cold shower served by the Armenian President Serzh Sargsyan’s statement on September 3, 2013, about the decision to join the embryo of the non-existing Eurasian Union,[7] i.e. the Customs Union, rather than signing the EU Deep and Comprehensive Free Trade Agreement (DCFTA) as planned to take place at the EU Top Summit in Vilnius during November.[8] Indeed, there was an apparent fear that the planned meeting in Moscow on September 3 between Sargsyan and his Russian counterpart, Vladimir Putin, would in fact end in such a U-turn.[9] However, the last four years of EU-negotiations with Armenia for signing the DCFTA and statements of incumbent ministers and senior members of the ruling Republican Party, some as late as the day prior to Sargsyan’s Moscow visit,[10] all indicated that Armenia had chosen the EU integration path. “Russia is our military security choice, while the DCFTA is our economic choice,” said the Armenian Deputy Foreign Minister Shavarsh Kocharyan on August 13.[11] That is why the Sargsyan announcement in Moscow came as a shock.

The analysts were quite unanimous that Sargsyan had been more or less forced to make a choice during the closed session meeting with his Russian counterpart, Vladimir Putin. Even though the details have not been made public and the official Yerevan refuses to admit to it, there are educated guesses that it was the future of Nagorno-Karabakh as well as the Russian economic leverage over Armenia, especially the subsidized natural gas price, which forced Sargsyan to make the U-turn. The offer was simple: choosing  the EU path would imply losing Karabakh to Azerbaijan, prompted by the recent major Russian arms sale to Baku,[12] along with a “cold winter”, as had been hinted to the Moldavian government.[13]

The question many ask in retrospective is how much did the EU do (or rather not do) in order to remedy such extortion? It addition, the most recent EU reactions to Sargsyan’s announcement were also equally irresponsible, when top EU representatives exonerated themselves by stating that EU should “respect Armenia’s will”, i.e. Armenia’s choice to join the Customs Union.[14] The only problem is that the announced decision was obviously neither Armenia’s will nor in its interest, at least if one would look at the aforementioned statements made by officials in Yerevan prior to the Sargsyan-Putin meeting. It was a plain “take it or face the consequences” ultimatum by Moscow, for which the Armenian leadership had no solution.

Bluntly put, it looked too good to be true when it seemed that little Armenia had actually managed to eat the cake and have it too. Until September 3rd, around 15:00 CET, it seemed that the Sargsyan Administration had actually managed to walk the narrow passage Armenian leaders have been forced to navigate through during the last two millennia of Armenian statehood, jammed between rivaling super powers. Presumably, Yerevan had managed to convince the Kremlin that a viable and European-integrated Armenia is indeed the improved ally Russia needs in the Caucasus. That is, until Sargsyan made his announcement around 15:00 CET.

Armenia, contrary to all official statements and negotiations done in that direction, had been forced to abandon the ratification of the EU DCFTA due to its incompatibility with a membership in the Customs Union.[15] There are no secrets that Russia has been intimidating the EU Eastern Partnership members (Armenia, Azerbaijan, Georgia, Moldova, Ukraine and Belarus) from choosing the EU over Russia. Measures such as stopping the natural gas deliveries to Ukraine, banning Moldovan wine import or hinting the approaching “cold winter”[16] were sharply criticized by EU as “bullying attempts.”[17] Armenia is indeed not close to the same importance as Ukraine has for EU, or for Russia, but the Sargsyan announcement was nonetheless a huge prestigious loss for Brussels as it was an equally prestigious victory for Moscow, since Armenia in its present state, unlike Ukraine, would probably be more of an economic burden than a gain for Russia.

The episode was also an eye-opener  and cause for real concern in how the “friend” and the “big brother” can treat Armenia by humiliating its closest “ally” in the Caucasus for the sake of making a point about the EU and the remaining Eastern Partnership aspirers. Was the EU equally naïve as Armenia to believe that Russia would not react as it did? Given the fact that the Karabakh conflict is most probably the key to unlocking this riddle, why did the EU do nothing substantial during the last four years of the negotiations with Armenia to disarm the Russian leverage, at least giving Armenia some room to maneuver in this manner? A badly cornered Armenia with heavy Russian dependency had virtually no choice but to yield.

The most tangible effect of the unsolved Karabakh conflict is the embarked Turkish-Azerbaijani embargo on Armenia, closing 84% of its borders, leaving only the borders towards Iran and Georgia open for trade. The border with the sanction-burdened Iran (due to its nuclear research dispute)[18] is less vital than the border towards Georgia in regard to the import of fuel, gas, and grains. Armenia experienced the vitality of the Georgian border during the week-long Russian-Georgia-Russia war in August 2008, when the import of fuel and grain into Armenia virtually ceased.[19] One can only imagine what would have happened if the war had occurred during the harsh winter period or lasted longer. The outspoken Azeri policy (in conjunction with the Turkish embargo) is to force Armenians to choose “prosperity without Karabakh or poverty with Karabakh,”[20] pushing Armenia to the degree of destitution that “people will even stop thinking about Karabakh.”[21] This has been confirmed in numerous occasions by President Aliyev himself, the latest from October 7, 2013: “We must further keep Armenia isolated from diplomatic, political, economic, regional initiatives.”[22] The same applies to the Turkish policy, which in addition to the Karabakh dispute, also aims at the issue of forcing Armenia to drop its efforts for an international recognition of the 1915 Armenian genocide.

The aforementioned Azeri policy and statements clearly contradict the declarations by the Azerbaijani Foreign Ministry “confirming their commitment to a peaceful resolution of the Karabakh conflict,” guarantying the safety of the Karabakh population and their democratic rights in case the region is put under Azeri authority. In reality, there are only a handful of imaginable scenarios in case Karabakh is returned to the suzerainty of an Azerbaijan inflicting “prosperity without Karabakh or poverty with Karabakh”: 1) The Armenian population will be forced away in the manner Nakhichevan was emptied of its Armenian population, a policy which was underway in Karabakh as well and a contributing factor to the emergence of the present-day conflict, i.e., by impaired social and economic standards and negligence of the region in order to force the unwanted population to leave;[23] or 2) once the Azeri armed forces have been deployed, a swift ethnic cleansing would get rid of the Armenian issue, either by killing or driving them out of Karabakh. The second scenario would potentially bring us back to the starting point in 1988, but with a much more destructive outcome. The subsequent international criticism would probably be swiftly abandoned for the sake of securing the energy resources of Baku. The remaining alternative would be implementing the existing OSCE Minsk Group’s Madrid Principles, especially the article stating that the “final status of Nagorno-Karabakh to be determined in the future by a legally-binding expression of will [i.e., a referendum in Karabakh].”[24] Keeping in mind the posture of Baku towards Armenia and Armenians, there is no peaceful and viable solution to the conflict other than the implementation of the Madrid Principles. 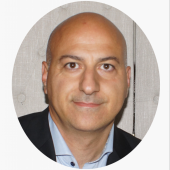 Vahagn Avedian holds a Master of Arts degree in History from Uppsala University and is a Ph.D. Candidate in History at Lund University. He is also the co-founder and chief editor of Armenica.org and Mountainous-Karabakh.org, information sites dedicated to Armenia and the Karabakh Conflict histories respectively. Avedian is also the spokesperson of the Union of Armenian Associations in Sweden.