The Death of a Giant: Gen. Vo Nguyen Giap 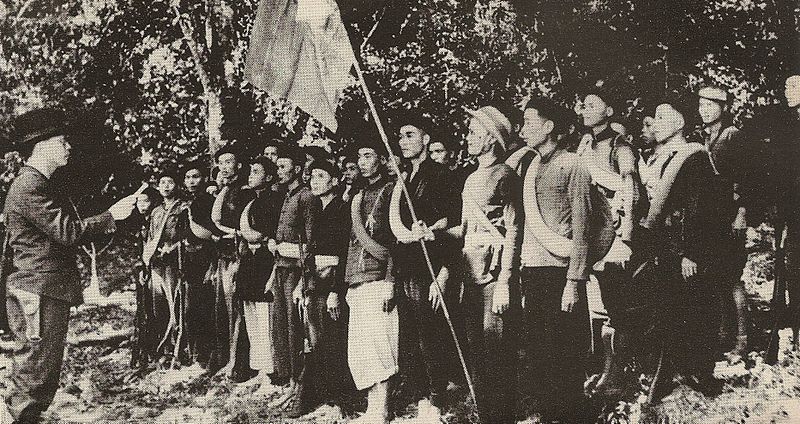 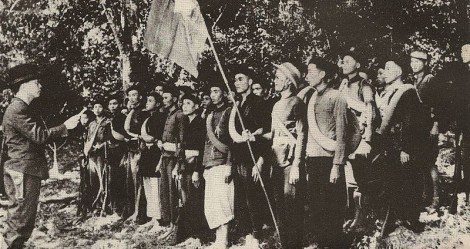 Vietnamese Gen. Vo Nguyen Giap, who helped defeat Japan, then France, then the United States in a 35-year war for national independence, died in Hanoi on Oct. 4 at the age of 102. He had been ailing and living in a military hospital for the last four years.

Giap’s extraordinary generalship drove French imperialism out of the three countries of Indochina — Vietnam, Laos and Cambodia — in the mid-1950s. At the time, he declared that the anti-French struggle “was victorious because we had a wide and firm National United Front… organized and led by the party of the working class — the Indochinese Communist Party, now the Vietnam Workers Party.”

Decades later, he described the Vietnamese triumph against France as “the first great victory for a weak, colonized people struggling against the full strength of modern Western forces. This is why it was the first great defeat for the West. It shook the foundations of colonialism and called on people to fight for their freedom.”

Next came what the Vietnamese call the American War. The United States supported French colonialism in Indochina beginning in 1954 with money and a Military Assistance Advisory Group. It remained in the southern half of the country after France withdrew its tattered legions, virtually destroying Vietnam with its bombs, heavy artillery, chemical poisons, and a half million troops until it was ousted with finality in 1975. Gen. Giap played a major role in bringing about this stunning defeat of history’s most powerful military state. It was the first time the U.S. lost a war.

“We had to use the small against the big — backward weapons to defeat modern weapons,” Giap said. “At the end, it was the human factor that determined the victory.” He further noted elsewhere that “guerrilla warfare is the means whereby the people of a weak, badly equipped country can stand up against an aggressive army possessing better equipment and techniques.”

At the same time, Giap made it entirely clear that the enormous pressure put upon Washington by the nationwide antiwar movement in the U.S. was a major contributing factor to Vietnam’s victory. He later told historian Stanley Karnow: “We were not strong enough to drive out a half million American troops, but that wasn’t our aim. Our intention was to break the will of the American government to continue the war.” The U.S. “second front” — consisting of millions of American civilians and GIs who expressed their opposition to an unjust war — helped bring it to an end.

Another factor contributing to Vietnam’s success was the material support from both Russia and China despite the growing political antagonism between the two communist giants.

Given that he is considered one of the great generals in modern history, and called by some the “Red Napoleon,” it is of no little interest that he was self-taught in the arts of war, never having attended even one class in the subject.

Giap was familiar with Vietnam’s long history, dating back thousands of years, of resisting foreign invasions and domination, mainly from China and Mongolia. He studied some of these engagements. But his practical abilities derived from modern sources. Primarily, he studied the extensive contemporary military writings of Chinese revolutionary leader Mao Zedong, adapting them to the social, political and geographical conditions of Vietnam. He further learned from his mentor, Ho Chi Minh, the great leader of the Indochinese struggle for national liberation, as well as Marx, Engels, Lenin and others.

Additional factors molded his military prowess. He had an abiding hatred of foreign domination. He was a passionate communist and sought to build a socialist society benefitting the masses of people. He applied Marxist analysis to problems.

Vo Nguyen Giap (pronounced vo nwin ZHAP) was born in 1911 to an educated farming family with strong nationalist views against France, which occupied parts, than all, of Vietnam, starting in the mid-1800s. His father took part in unsuccessful uprisings against French domination in the 1880s. Years later, he was arrested for subversion and died in prison in 1919 — some say he was murdered — when his son was eight. Soon afterward, one of his older sisters was arrested and eventually released due to illness brought about by prison conditions, and died weeks later, while her younger brother was nine. When he was an adult, the French arrested his first wife, who also died in prison.

Anti-French activity was subdued in Vietnam during Giap’s formative years, though he carried on the rebel tradition. At around the age of 12, according to Wikipedia,  “He was expelled from school after two years for taking part in protests, and went home to his village for a while. While there, he joined the Tân Việt (New Vietnamese) Revolutionary Party, an underground group founded in 1924, which introduced him to communism. He returned to Hue and continued his political activities. He was arrested in 1930 for taking part in student protests and served 13 months in Lao Bảo Prison. He joined the Communist Party of Vietnam in 1931and took part in several demonstrations against French rule in Indochina as well as assisting in founding the Democratic Front….

“From 1933 to 1938, Giap studied at the University of Hanoi (and continued his political activities) as he earned a bachelor’s degree in law with a major in political economy.” He worked as a history teacher and married fellow student and revolutionary Nguyen Thi Minh Giang in 1938 and had a daughter named Hohg Anh (Red Queen of Flowers).

France outlawed the Indochinese Communist Party, causing many members to hide and operate as an underground. Party leader Ho Chi Minh and others escaped to neighboring China to continue their work. Over 2,000 party members were arrested. Giap left for China in May 1940; his wife stayed in Vietnam with her family and was soon arrested and sentenced to 15 years in prison. He never saw her again.

Four months later, most of France was in the hands of the Nazi collaborationist Vichy government, which allowed imperialist Japan to occupy Vietnam to “protect” Indochina. Ho, now back in Vietnam, formed the Vietnam Independence League to organize against the occupation. Giap, who was 20 at the time, was assigned to build an intelligence network and develop political bases in the far north of Vietnam. He edited a periodic news sheet for distribution to the masses. Many years later he admitted one of the toughest jobs in his life was writing the simple, very short items Ho ordered. Ho was right because many of the people receiving the news sheet could hardly read.

In the next few years Giap would rise from this position to that of military commander of the Viet Minh —— the League for the Independence of Vietnam, the communist coalition to seek separation from France — and the commander of the Vietnam People’s Army. (We will refer to the Viet Minh during the anti-French war, and then to the Vietnam People’s Army afterward.) His close proximity to Ho didn’t hurt, but without ability he would have gotten nowhere.

In 1942, Giap and others were ordered to build the League’s military wing. A year later, he learned that his wife died in prison but that Red Queen of Flowers was safe with her maternal grandparents (as an adult she became a doctor). By the end of 1943, Giap reported hundreds of men and women had joined the Viet Minh army. That same year, membership in the Independence League was said to have reached hundreds of thousands.

The Communist Party called on Giap to form a “Vietnamese People’s Propaganda Unit for National Liberation,” which became the People’s Army of Vietnam a year later. Giap built and led the first Armed Propaganda Brigade of 33 men and three women armed with one machine gun, 31 rifles and 2 revolvers. They would fight if attacked but their main task was mobilizing the people of various hamlets against Japanese and French imperialism through propaganda plays, skits, music, dance, and bringing news of the struggle to remote areas. In time, many such brigades were created. The U.S., incidentally, helped finance the Viet Minh’s struggle against the Japanese by supplying rifles and perhaps other aid, though it supported the return of the French.

Japan was defeated in August 1945 and was preparing for a formal surrender in September. By that time, the rebel forces numbered a few thousand. Ho on Aug. 19 ordered the Viet Minh to begin the revolution against the restoration of French colonial rule. There were uprisings against the French throughout Vietnam. The Japanese just looked the other way.