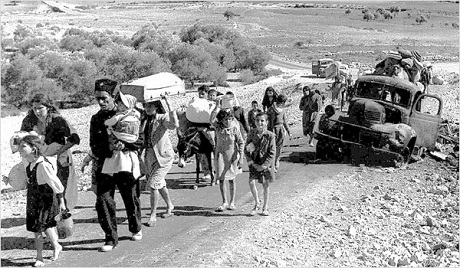 Zionism, the Jewish State, and the Palestinian Minority

Perhaps, the most fundamental form of fragmentation is between Jews and Palestinians living within the state of Israel. This type of fragmentation has two principal dimensions: pervasive discrimination against the 20% Palestinian minority (about 1.5 million) affecting legal, social, political, cultural, and economic rights, and creating a Palestinian subjectivity of marginality, subordination, vulnerability. Although Palestinians in Israel are citizens, they are excluded from many benefits and opportunities because they do not possess Jewish nationality. Israel may be the only state in the world that privileges nationality over citizenship in a series of contexts, including family reunification and access to residence. It is also worth observing that if demographic projections prove to be reliable Palestinians could be a majority in Israel as early as 2035, and would almost certainly outnumber Jews in the country by 2048. Not only does this pose the familiar choice for Israel between remaining an electoral democracy and retaining its self-proclaimed Jewish character, but it also shows how hegemonic it is to insist that the Palestinians and the international community accept Israel as a Jewish state.

This Palestinian entitlement, validated by the international law relating to fundamental human rights prohibiting all forms of discrimination, and especially structural forms embedded in law that discriminate on the basis of race and religion. The government of Israel, reinforced by its Supreme Court, endorses the view that only Jews can possess Israeli nationality that is the basis of a range of crucial rights under Israeli law. What is more, Jews have Israeli nationality even if lacking any link to Israel and wherever they are located, while Palestinians (and other religious and ethnic minorities) are denied Israeli nationality (although given Israeli citizenship) even if indigenous to historic Palestine and to the territory under the sovereign control of the state of Israel.

A secondary form of fragmentation is between this minority in Israel and the rest of the Palestinian corpus. The dominant international subjectivity relating to the conflict has so far erased this minority from its imaginary of peace for the two peoples, or from any sense that Palestinian human rights in Israel should be internationally implemented in whatever arrangements are eventually negotiated or emerges via struggle. As matters now stand, the Palestinian minority in Israel is unrepresented at the diplomatic level and lacks any vehicle for the expression of its grievances.

Occupied Palestine and the Palestinian Diaspora (refugees and enforced exile)

Among the most debilitating forms of fragmentation is the effort by Israel and its supporters to deny Palestinian refugees and Palestinians living in the diaspora) their right of return as confirmed by General Assembly Resolution 184? There are between 4.5 million and 5.5 million Palestinians who are either refugees or living in the diaspora, as well as about 1.4 million resident in the West Bank and 1.6 million in Gaza.

The diplomatic discourse has been long shaped by reference to the two-state mantra. This includes the reductive belief that the essence of a peaceful future for the two peoples depends on working out the intricacies of ‘land for peace.’ In other words, the dispute is false categorized as almost exclusively about territory and borders (along with the future of Jerusalem), and not about people. There is a tacit understanding that seems to include the officials of the Palestinian Authority to the effect that Palestinians refugee rights will be ‘handled’ via compensation and the right of return, not to the place of original dispossession, but to territory eventually placed under Palestinian sovereignty.

Again the same disparity as between the two sides is encoded in the diplomacy of ‘the peace process,’ ever more so during the twenty years shaped by the Oslo framework. The Israel propaganda campaign was designed to make it appear to be a deal breaker for the Palestinians to insist on full rights of repatriation as it would allegedly entail the end of the promise of a Jewish homeland in Palestine. Yet such a posture toward refugees and the Palestinian diaspora cruelly consigns several million Palestinians to a permanent limbo, in effect repudiating the idea that the Palestinians are a genuine ‘people’ while absolutizing the Jews as a people of global scope. Such a dismissal of the claims of Palestinian refugees also flies in the face of the right of return specifically affirmed in relation to Palestine by the UN General Assembly in Resolution 194, and more generally supported by Article 13 of Universal Declaration of Human Rights.

The Two Warring Realms of the Occupation of Palestine: the Palestine Authority versus Hamas

Again, Israel and its supporters have been able to drive an ideological wedge between the Palestinians enduring occupation since 1967. With an initial effort to discredit the Palestine Liberation Organization that had achieved control over a unified and robust Palestine national movement, Israel actually encouraged the initial emergence of Hamas as a radical and fragmenting alternative to the PLO when it was founded in the course of the First Intifada. Israel of course later strongly repudiated Hamas when it began to carry armed struggle to pre-1967 Israel, most notoriously engaging in suicide bombings in Israel that involved indiscriminate attacks on civilians, a tactic repudiated in recent years.

Despite Hamas entering into the political life of occupied Palestine with American, and winning an internationally supervised election in 2006, and taking control of Gaza in 2007, it has continued to be categorized as ‘a terrorist organization’ that is given no international status. This terrorist designation is also relied upon to impose a blockade on Gaza that is a flagrant form of collective punishment in direct violation of Article 33 of the Fourth Geneva Convention. The Palestinian Authority centered in Ramallah has also, despite occasional rhetoric to the contrary, refused to treat Hamas as a legitimate governing authority or to allow Hamas to operate as a legitimate political presence in the West Bank and Jerusalem or to insist on the inclusion of Hamas in international negotiations addressing the future of the Palestinian people. This refusal has persisted despite the more conciliatory tone of Hamas since 2009 when its leader, Khaled Meshaal, announced a shift in the organization’s goals: an acceptance of Israel as a state beside Palestine as a state provided a full withdrawal to 1967 borders and implementation of the right of return for refugees, and a discontinuation by Hamas of a movement based on armed struggle. Meshaal also gave further reassurances of moderation by an indication that earlier goals of liberating the whole of historic Palestine, as proclaimed in its Charter, were a matter of history that was no longer descriptive of its political program.

In effect, the territorial fragmentation of occupied Palestine is reinforced by ideological fragmentation, seeking to somewhat authenticate and privilege the secular and accommodating leadership provided by the PA while repudiating the Islamic orientation of Hamas. In this regard, the polarization in such countries as Turkey and Egypt is cynically reproduced in Palestine as part of Israel’s overall occupation strategy. This includes a concerted effort by Israel to make it appear that material living conditions for Palestinians are much better if the Palestinian leadership cooperates with the Israeli occupiers than if it continues to rely on a national movement of liberation and refuses to play the Oslo game.

The Israeli propaganda position on Hamas has emphasized the rocket attacks on Israel launched from within Gaza. There is much ambiguity and manipulation of the timeline relating to the rockets in interaction with various forms of Israeli violent intrusion. We do know that the casualties during the period of Hamas control of Gaza have been exceedingly one-sided, with Israel doing most of the killing, and Palestinians almost all of the dying. We also know that when ceasefires have been established between Israel and Gaza, there was a good record of compliance on the Hamas side, and that it was Israel that provocatively broke the truce, and then launched major military operations in 2008-09 and 2012 on a defenseless and completely vulnerable population.