U.S. Policy Is To Prolong the Violence in Syria 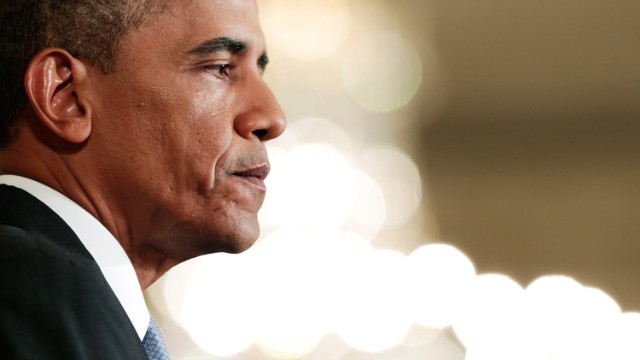 The Ultimate Goal of the Obama Administration Remains Regime Change

Although the threat of U.S. strikes against Syria has for the time being abated due to intervention from Russian President Vladimir Putin and an agreement from Syrian President Bashar al-Assad to declare its stockpiles of chemical weapons to the Organization for the Prohibition of Chemical Weapons (OPCW) in The Hague to be eventually turned over and destroyed, the ultimate goal of U.S. policy remains regime change.

The U.S. has long been supporting the armed rebels seeking to overthrow the Syrian government. The CIA has been coordinating the flow of arms to the rebels, including anti-tank guided missiles, from Saudi Arabia and Qatar and training them from bases in Turkey and Jordan. More recently, the U.S. has also begun arming the rebels directly.

This support for the rebels continues despite their ranks including Islamic extremist groups, such as the al-Qaeda affiliated Jabhat al-Nusra and the Islamic State of Iraq and the Levant. The jihadists are not only recognized as the most effective fighters among the rebel forces, but, as the New York Times reported in October of last year, most of the arms funneled by the CIA ended up in their hands.

At the same time, the U.S. does not want to see the government overthrown and the country torn apart with warring factions and made into a base of operations for al-Qaeda. It would rather see a more orderly transition of power in which Assad steps down but government institutions remain functional.

Thus, the U.S. policy is to prolong the conflict and escalate the violence by backing the rebels enough to eventually coerce Assad into agreeing to step down, but not enough to assist them in actually overthrowing the government.

The Obama administration was seeking to increase this pressure against Assad with military strikes. The pretext for this was the alleged use by Syrian government forces of chemical weapons in Damascus on August 21. The administration’s argument was that the world could not tolerate the killing of civilians with poison gas and that force must be used to uphold “international norms” against the use of chemical weapons.

Needless to say, the administration’s claim of humanitarian motives had zero credibility. If the U.S. was concerned about civilian deaths, its policy wouldn’t be to prolong the violence. It has yet to be conclusively determined which party was actually responsible for this use of chemical weapons, and even if it was proven that the Assad regime had done so, it isn’t logically possible to uphold international norms by violating international law, under which any U.S. strike would amount to aggression, “the supreme international crime,” as defined at Nuremberg.

The administration appears to have miscalculated its ability to organize a coalition of other nations willing to support the U.S. in a military attack against Syria. It’s usual partner in violence, the U.K., decided against complicity in such a crime with a nay vote in Parliament, and Obama was struggling even to get the U.S. Congress on board. The unpopularity at home of an attack on Syria, along with the threat of possible impeachment or even international prosecution for war crimes, likely deterred Obama from going it alone.

Still, the consideration for the administration was that if it didn’t follow through on its threat, it would lose “credibility,” meaning that if the U.S. government threatened the unlawful use of force in other circumstances, other countries wouldn’t believe it and thus couldn’t be coerced into behaving as demanded by Washington, D.C.

Hence, when John Kerry in an ad-libbed reply to a reporter’s question said that Assad could prevent a U.S. attack by agreeing to hand over all his chemical weapons and Putin immediately intervened by taking the opportunity to call upon Assad to do so, the administration in turn took the opportunity to back down and try diplomacy for a change.

U.S. efforts at diplomacy, however, are limited, and employed only inasmuch as it suits the Obama administration’s overarching policy. Even as the Syrian government has admitted for the first time that it possesses chemical weapons and agreed to declare its stockpiles and render them for destruction, the U.S. support for the rebels continues.

U.S. policy seems highly unlikely to result in Assad agreeing to step down in a transition of power. Nor does it seem likely that the government will be overthrown by the rebels without a more concerted effort by the U.S. to back them in that goal, such as direct military intervention, as in Libya. It is certain, however, to reduce or eliminate any chance for a diplomatic solution and prolong the violence, with the further consequences including the destabilization of neighboring countries and increased suffering of and atrocities against the civilian population.