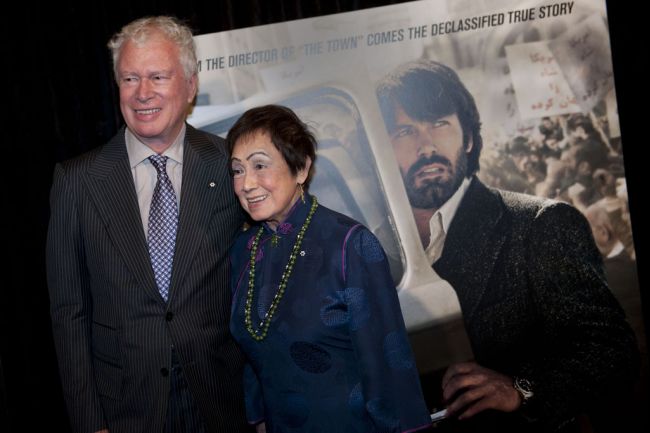 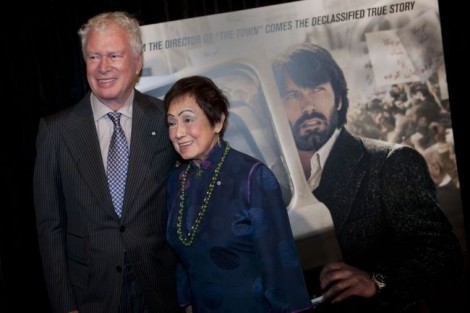 A year after it premiered at the Toronto Film Festival, eleven months after its blockbuster opening weekend, nearly seven months after being released on DVD and winning three Academy Awards, and less than a week afterpremiering on HBO, Ben Affleck’s movie “Argo” is still leaving a bitter taste in the mouths of Canadians – politicians and the public alike – over its depiction of the escape of American diplomats from post-revolutionary Iran during the hostage crisis.

Affleck’s Hollywood tale – “a propaganda fable” and “trite cavalcade of action-movie clichés and expository dialogue,” in the words of Salon‘s Andrew O’Hehir – of scary, irrational, violent Muslims and innocent, courageous and heroic Americans, written by Chris Terrio (who was awarded an Oscar for his script), tookgreat narrative liberties with the factual history of the story.

The Associated Press reports, “‘Argo’ came under criticism from some Canadians, including former ambassador Ken Taylor, who said he felt slighted by “Argo” because it makes Canada look like a meek observer to CIA heroics.” Taylor called the original postscript to the movie “disgraceful and insulting,” as they implied that the 112 citations and awards he received for his work in providing refuge to and organizing the escape of the six Americans was undeserved. Due to his outrage, Affleck changed the text to reflect Canada’s important role in the rescue.

“Taylor kept the Americans hidden at his residence and at the home of his deputy, John Sheardown, in Tehran for three months and facilitated their escape by arranging plane tickets and persuading the Ottawa government to issue fake passports. He also agreed to go along with the CIA’s film production cover story to get the Americans out of Iran,” AP explains.

Last night, September 12, he received a standing ovation at the very same film festival where “Argo” premiered a year ago, following the world premier of the new Canadian documentary “Our Man in Tehran.”

Speaking after the screening alongside Taylor, Joe Clark, Canada’s Prime Minister in 1979, said to great applause, “I think the truth is the better story.”

Soon after the initial release of “Argo,” former President Jimmy Carter, speaking at Canada’s Queen’s University in November 2012, said he was ”taken aback by [the film’s] distortion of what happened because almost everything that was heroic, or courageous or innovative was done by Canada and not the United States.”

Earlier this year, Carter reiterated that “90% of the contributions to the ideas and the consummation of the plan was Canadian [while] the movie gives almost full credit to the American CIA…Ben Affleck’s character in the film was only in Tehran a day and a half and the real hero in my opinion was Ken Taylor, who was the Canadian ambassador who orchestrated the entire process.”

Taylor himself as been a staunch critic of the film and its presentation of both Iran and the specific events of the diplomats’ hiding and rescue. “The amusing side,” he has said, “is the script writer in Hollywood had no idea what he’s talking about,” remarking that “Argo” misunderstands and misrepresents both Iranians and their revolution, ignoring their “more hospitable side and an intent that they were looking for some degree of justice and hope and that it all wasn’t just a violent demonstration for nothing.”

Taylor calls the documentary “a very true but engaging presentation of what happened in Tehran.”

While Daugherty describes “Argo” as “a great, exciting fictional movie,” with an accurate account of the embassy seizure, he says, “Then it starts to deviate from reality and never comes back. The airplane chase down the runway was a nice little touch. In reality, they just walked through.”

Similarly, one of the actual American diplomats depicted in “Argo,” Mark Lijek, has questioned the efficacy and value of the CIA’s own actions, admitting that the agency’s fake film cover story, integral to the plot of “Argo” was, in fact, “never tested and in some ways proved irrelevant to the escape.”

In fact, the departure of the six Americans from Tehran after three months of hiding out under Canadian roofs was actually rather uneventful, a far cry from what is depicted as spine-tingling, hair-raising action sequences in Affleck’s film.

“If asked, we were going to say we were leaving Iran to return when it was safer,” Lijek recalled, “But no one ever asked!…The truth is the immigration officers barely looked at us and we were processed out in the regular way. We got on the flight to Zurich and then we were taken to the US ambassador’s residence in Berne. It was that straightforward.”

In “Our Man in Tehran,” former Ambassador Ken Taylor finally reveals he thought the CIA’s idea for the fake movie, a sprawling science-fiction epic, was absurd, and that it would have made far more sense to pretend to be producing a movie about the Iranian Revolution itself at the time.

“But that’s the CIA and that’s Hollywood,” he says.

This article was originally published at Muftah and has been used here with permission from the author.