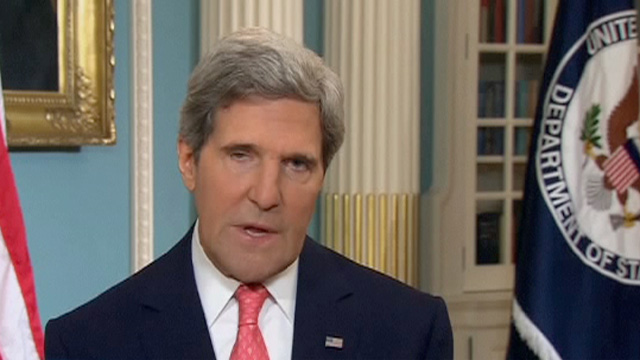 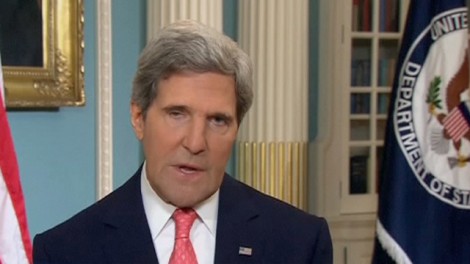 The Obama regime’s lies are so transparent and blatant that the cautious, diplomatic President Putin of Russia lost his patience and stated the fact that we all already know: John Kerry is a liar.

Putin said:  “This was very unpleasant and surprising for me. We talk to them [the Americans], and we assume they are decent people, but he [Kerry] is lying and he knows that he is lying. This is sad.”

When Secretary of State Colin Powell was sent by the criminal bush regime to lie to the UN, Powell and his chief of staff claim that Powell did not know he was lying. It did not occur to the Secretary of State that the White House would send him to the UN to start a war that killed, maimed, and dispossessed millions of Iraqis on the basis of total lies.

The despicable John Kerry knows that he is lying.  Here is the American Secretary of State, and Obama, the puppet president, knowingly lying to the world. There is not a shred of integrity in the US government. No respect for truth, justice, morality or human life.  Here are two people so evil that they want to repeat in Syria what the bush war criminals did in Iraq.

How can the American people and their representatives in Congress tolerate these extraordinary criminals?  Why are not Obama and John Kerry impeached? The Obama regime has every quality of Nazi Germany and Stasi Communist Germany, only that the Obama regime is worse. The Obama regime spies on the entire world and lies about it. The Obama regime is fully engaged in killing people in seven countries, a murderous rampage that not even Hitler attempted.

Whether the criminal Obama regime can purchase the collaboration of Congress and the European puppet states in a transparent war crime will soon be decided. The decision will determine the fate of the world.

As for facts, the report released to the UN by the Russian government concludes that the weapons used in chemical attacks in Syria are similar to the weapons in the hands of al-Nusra and are different from the weapons known to be possessed by Syria.

The Obama regime has released no evidence to the UN. This is because the criminal regime has no evidence, only made up fairy tales.

If the Obama regime had any evidence, the evidence would have been released to British Prime Minister David Cameron to enable him to carry the vote of Parliament. In the absence of evidence, Cameron had to admit to Parliament that he had no evidence, only a belief that the Syrian government had used chemical weapons. Parliament told Washington’s puppet that the British people were not going to war on the basis of the Prime Minister’s unsubstantiated belief.

Are the American people and the rest of the world just going to stand there, sucking their thumbs, while a new Nazi State rises in Washington?

Congress must vote down the war and make it clear to Obama that if he defies the constitutional power of Congress he will be impeached.

If the US Congress is too corrupt or incompetent to do its duty, the rest of the world must join the UN General Secretary and the President of Russia and declare that unilateral military aggression by the US government is a war crime, and that the war criminal US government will be isolated in the international community. Any of its members caught traveling abroad will be arrested and turned over to The Hague for trial.