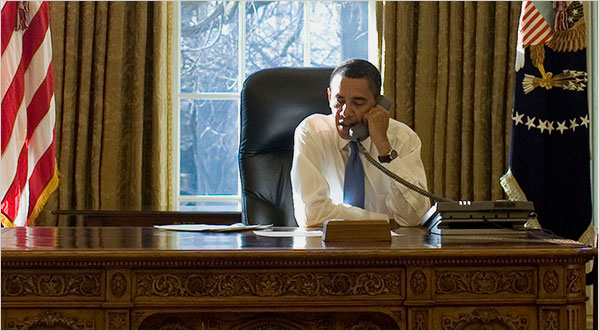 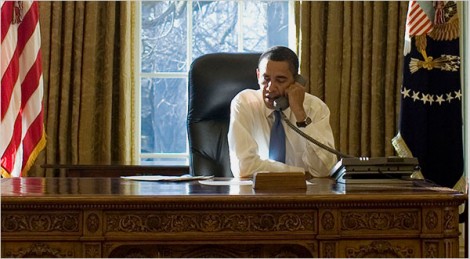 It is conventional wisdom in U.S. government officialdom and among our mainstream punditry that popular opinion in Iran has absolutely no impact on the decision-making of that country’s leadership. The common refrain is that the policies, namely with regard to foreign affairs and national security, pursued by Iran’s political and military elite have little relation to—and are often at odds with—the will of the Iranian people.

Despite this assumption, in fact, most public opinion polls of Iranian citizens demonstrate a wide range of perspectives and attitudes, much like that of any other diverse and informed population, and consistently find that government policies track closely with public opinion, especially when it comes to foreign policy, relations with the West, sanctions, perceptions of the United States government and the nuclear program.

There are naturally large segments of the Iranian population who disagree with their government’s handling of many different issues, from the economy to international relations, just as there are anywhere. One need only look at public opinion polls here in the United States to see similar, if not far more striking, public opposition to official policies.

Nevertheless, the politicians and the media continue to push the idea that Iran is an anomaly in this regard—a dictatorial authoritarian state in no way beholden to its oppressed citizenry; a virtual security state in which government officials make life and death decisions of war and peace with no regard to the will of the masses.

Before the recent Iranian presidential election this past Spring, Secretary of State John Kerry presaged, “Ultimately, the Iranian people [will] be prevented not only from choosing someone who might have reflected their point of view, but also taking part in a way that is essential to any kind of legitimate democracy.”

Once Western observers were shocked by the result of the June 14 vote—the election of moderate cleric Hassan Rouhani—the White House issued a statement of congratulations to the Iranian people for “making their voices heard.”

“It is our hope that the Iranian government will heed the will of the Iranian people and make responsible choices that create a better future for all Iranians,” it read.

With the bloody civil war in Syria now driving headlines and drawing battle lines over the alleged use of chemical weapons, this perception has once again been articulated when it comes to Iran’s continuing support of the Syrian government and efforts to avoid the escalation of military conflict in the region.

Iran’s support for Syria, which has already come under criticism by many Iranians, could become even more unpopular as more and more countries point the fingers at the Syrian regime over the suspected chemical attack on August 21.

That does not mean that Iran will discontinue its support for Syria—public opinion doesn’t count for much in a country like Iran—and for now Iran appears to be determined to stand by Assad.

The implications here are obvious. We are told that the Iranian public doesn’t support its own government’s policies on Syria, and the Iranian government simply doesn’t care, instead forging ahead with what a Western readership is supposed to immediately dismiss as destructive and wrongheaded policy.

The very same day that Esfandiari published her story, U.S. State Department deputy spokesperson Marie Harf—Jen Psaki’s late summer pinch-hitter—defended the Obama administration’s increased threats of military intervention, mostly likely in the form of airstrikes, on behalf of anti-Assad rebels, which may occur in a matter of days.

During her daily press briefing, Harf was asked whether she was “aware that most—in fact, if not all—public polls show that the American people, by a very large majority, oppose to any kind of intervention? Should that factor in in any kind of decision?”

The reporter posing the question was referring to a new Reuters/Ipsos poll, conducted between August 19 and 23 and released the previous day, which found that a mere 9 percent of respondents currently supported American military intervention in Syria. According the Washington Post, “this is the lowest support for intervention since the poll began tracking opinion on the issue.”

So, considering countries like Iran—y’know, the brutal, myopic, dictatorial kind—supposedly don’t make foreign policy calculations based upon public opinion (in contrast, presumably, to noble, responsive democratic nations like the United States), how did Ms. Harf reply? Here’s how:

Apparently, what is demanded of other nations simply doesn’t apply when it comes to our own policy-making.

Back in June, Obama spokesman Jay Carney explained that, when it comes to Syria, “the ultimate goal here is to bring about a political transition—one that results in a governing authority that respects the rights of all Syrians” and “that reflects the will of the Syrian people—all of the Syrian people.” The Obama administration, he said, is “working with our partners and allies and the opposition to help bring that about.”

Yet earlier that same month, Carney told the press just how the governing authority of his own boss—the Commander-in-Chief of the United States—would react to the will of the American people when it comes to arming Syrian rebels or possible militarily enforcing a no-fly zone against Assad’s air force. “The President makes a decision about the implementation of national security options based on our national security interests,” Carney said, “not on what might satisfy critics at any given moment about a policy.”

A reporter followed up. “Public opinion would not factor into that?” he asked. In response, Carney was clear:

Of course not. What does factor in is what’s in the national security interests of the United States and what has the best chance of working—not satisfying an urge to do something today, but beyond today and next week and the following week—what actually has the potential to help bring us closer to the achievement of the goal.

A similar statement was made almost exactly a year ago by then-Israeli Defense Minister Ehud Barak when faced with popular protests and polling data reflecting strong Israeli opposition to a potential military attack on Iran. “The prime minister, defense minister and foreign minister have the authority…and the decision will be made as necessary by the government of Israel. That’s how it is and how it needs to be—not a group of civilians or even newspaper editorials,” Barak declared.

It is obvious that stark issues of foreign policy not be left solely to the whims of public opinion; every military decision cannot be made via popular referendum. This is not the issue. The issue, rather, is that American rhetoric with regard to how other nations should operate is wholly disregarded when it comes to our own expectations for ourselves or our allies.

Meanwhile, in a striking blow to the Obama administration’s efforts to assemble a willing coalition to attack Assad’s military installations, the British Parliament voted today against immediate involvement in a military strike against Syria. The decision, won by a margin of just 13 votes, was primarily based on outstanding questions regarding the ultimate culpability for the recent use of chemical weapons based on available evidence.

Reacting to the vote, British Prime Minister David Cameron said that, despite his personal belief “in the need for a tough response to the use of chemical weapons” he would respect the will of the representatives. “It is clear to me that the British Parliament, reflecting the views of the British people, does not want to see British military action,” he said. “I get that, and the government will act accordingly.”

When it comes to Syria, the real question yet remains: American public opinion and the war cheerleading from both neoconservative hawks and supposedly liberal voices in the mainstream media aside, will Barack Obama heed not only the mandate of the U.S. Constitution, but also the tenets of international law, which unequivocally prohibit a military strike? What about the fact that such attacks could certainly do far more harm than good by putting even more Syrian civilians lives in danger and exacerbating an already devastating humanitarian crisis?

The rumored air strikes would drag the United States across a major threshold of direct military involvement, without any serious prospect of ending the conflict or protecting Syrian civilians (at least from non-chemical attacks). They likely would not accomplish more than momentarily appeasing the whimsical gods of credibility. The attack would almost certainly lack a Security Council mandate. Meanwhile, the response from Arab public opinion to another U.S. military intervention has been predictably hostile; even the very Arab leaders who have been aggressively pushing for such military action are refraining from openly supporting it. And nobody really believes that such strikes will actually work.

According to the New York Times, even in the face of “a stinging rejection” of military action “by America’s stalwart ally Britain and mounting questions from Congress,” unnamed U.S. “administration officials made clear that the eroding support would not deter Mr. Obama in deciding to go ahead with a strike.”

Like his much-maligned predecessor, a lack of solid evidence and respect for legality may not deter this new Decider from launching another war, logic and democracy be damned.