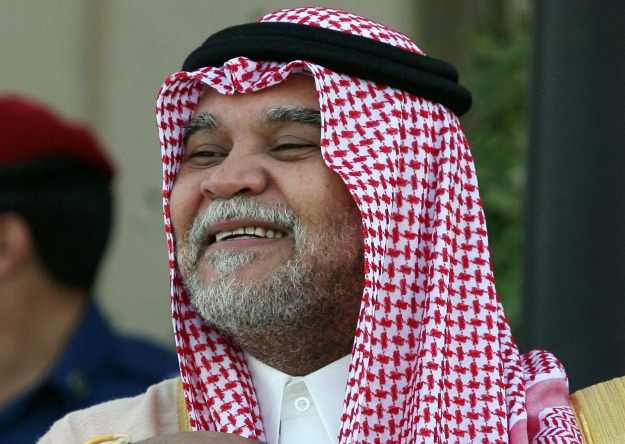 Prince Bandar of the House of Saud 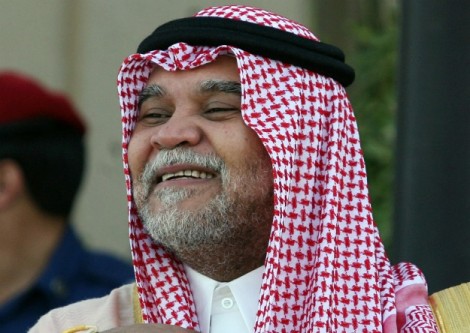 Prince Bandar of the House of Saud

Aug. 27, TEHRAN — The Bandar-Zionist lobby collaboration, currently the cocktail party talk of many in Washington, is not a case of strange bedfellows, given three decades of mutual cooperation that started during Prince Bandar’s long tenure as Saudi ambassador in Washington. Based in Washington, but with a palace out west and up north, Bandar developed almost familial relationships with five presidents and their key advisers. His voice was one of the shrillest urging the United States to invade Iraq in 2003. In the 1980s, Prince Bandar was deeply involved in the Iran-Contra scandal in Nicaragua, and it his intelligence  agency that first alerted Western allies to the alleged use of sarin gas by the Syrian regime in February. Bandar has reportedly for months been focused exclusively on garnering international support, including arms and training, for Syrian rebel factions in pursuit of the eventual toppling of President Bashar al-Assad.

Reportedly, the Saudi-Zionist discretely coordinated effort, confirmed by Congressional staffers working on the US House Foreign Affairs Committee, as well as the US Senate Foreign Relations committee, is being led by Bandar protégé, Adel A. al-Jubeir, the current Saudi ambassador, and facilitated by Bahrain ambassador Houda Ezra Ebrahimis Nonoo, who is the first Jewish person and third woman to be appointed ambassador of Bahrain. Long known for having myriad contacts at the AIPAC headquarters and as an ardent Zionist, Houda Nonoo has attended lobby functions while advising  associates that the “Arabs must forget about the so-called Liberation of Palestine. It will never happen.”

The project has set its sights on achieving American involvement in its third and hopefully its fourth (the Islamic Republic) war in this region in just over one decade.

Labeled the “surgical strike project”, according to one Congressional staffer, the organizers, as of August 26 are blitzing US Congressional offices with “fact sheets” making the following arguments in favor of an immediate sustained air assault.  They are being supported by the increasingly anguished cries from neo-cons in Congress such as John McCain, Lindsey Graham and their ilk.

The lobby’s missive details calculations why the project will succeed and turn out to be a political plus for Obama, who is increasingly being accused, by this same team, of dithering. Bandar is arguing that Syrian threats to retaliate against Israel is only political posturing because Syria has never and will never launch a war against Israel, has no military capacity to do so, and, as the Baathist regime knows well, Israel could level Damascus.

In addition, the Prince and his partners insist that Iran will do nothing but complain because it has too much to lose. Iran will not respond other than verbally and has no history of attacking the US or Israel and would not risk the unpredictable consequences of a military response by the Republic Guards or even some of its backed militia in Iraq or Syria. Sources in Tehran have reported otherwise to this observer.

Hezbollah, it is claimed, will not act without orders from Tehran, which has instructed it to maintain its heavy weapons in moth balls until the coming ‘big war’ with Israel.  It is widely agreed that if Israel attacks Iran, the region will ignite, with Hezbollah playing an important role in targeting occupied Palestine.

McClain, a former pilot in Vietnam, is even pushing “weapons to be employed” list, which includes advising the White House and Gen. Martin Dempsey, chairman of the Joint Chiefs of Staff on how to do their jobs.  Congressional sources report that there is tension between McCain and the Pentagon because the Senator is implying that the Pentagon doesn’t know its job or what assets it has available and how to use them.

The Saudi official acknowledges that a military strike is a game changer, especially for Russia and that it will kill any diplomatic initiative (including Geneva II), meaning that Russia will lose a serious advantage in Syria. This also means that Russia will lose its bargaining chips which could have bought them the consensus they need, political or economic. But this does not mean that Russia will stand up to the U.S. militarily, as the losses in this case would be more severe. All this is reportedly acceptable to the Prince and the lobby.

The timing of such an attack according to knowledgeable sources in Damascus and Washington would probably last no more than two days and involve sea-launched cruise missiles and long-range bombers.

One of the most common phases being uttered by AIPAC to congressional offices this week are the words, “Assad’s massive use of chemical weapons”.

Bandar has reportedly agreed that Israel can call the shots, but that the air assault will be led by the US and involve roughly two dozen US allies including Turkey, the UK, and France.  The German weekly Focus reported on August 26 that the IDF’s 8200 intelligence unit bugged the Syrian leadership during the chemical weapons attack last week and that Israel “sold” the incriminating information to the White House.

A group from Israel arrived in Washington on August 26.  It included the Director of the Political-Security Staff in the Defense Ministry, Jaj. Gen. (res) Amos Gilad, Director of Planning Branch Maj. Gen. Nimrod Shefer, and IDF intelligence Research Department Director, Brigadier General Ital Brun. After some intense discussions, they shared some of their tapes with US officials.

The Bandar/AIPAC arguments being, pushed by this delegation and being spread around Capitol Hill as part of “Israel sharing its sterling intelligence” can be summarized as follows:

The US must avoid half measures to pursue a limited punitive response to the use of chemical weapons.  What is needed is a sustained Bosnia style bombing campaign until Bashar al-Assad is removed from office.  Giving in to that temptation would be a mistake.

The use of the CW affords President Obama an underserved opportunity to correct his errant Middle East policies.  As Isreal’s agent, Robert Satloff of the Washington Institute for Near East Policy (WINEP) is telling anyone who is willing to listen, “Obama’s deep reluctance to engage in Syria is clear to all. This hesitancy is part of his policy to wind down U.S. involvement in Iraq and Afghanistan and his championing of the idea of ‘nation building at home.’ It is not understandable and to the millions of Americans who see Syria as a heaven-sent contest between radical Shiites and radical Sunnis, it is unwise and inappropriate.”

WINEP is arguing in a memo just issued, “For Assad, large-scale use of CW serves multiple ends—it demoralizes the rebels, underscores the impotence of their external financiers and suppliers, and confirms to Assad’s own patrons that he is committed to fight to the bitter end. For the Iranians, Assad’s CW use makes Syria—not Iran’s nuclear facilities—the battlefield to test American resolve.”

According to the Saudi’s, “the Obama administration now faces Bashar al-Assad’s regime and its Iranian sponsors who  believe they can put a stake through the heart of U.S. power and prestige in the region by testing the president’s ‘red line’ on the use of chemical weapons (CW).”

For Bander and his Zionist collaborators, the key issue is not whether Obama authorizes the use of American force as a response to Syria’s use of CW. Rather, the key imperative is that the U.S. use whatever force in necessary to achieve regime change and choose the next regime assuring that it will be friendly to Israel.

WINEP and AIPAC are arguing that If the US military action is designed to only punish Assad for violating the international norm on CW, “it will merely have the effect of defining for Assad the acceptable tools for mass killing—perhaps only the acceptable quantities of CW to use at any given time—and will have little impact on the outcome of the Syrian conflict; in fact, it might just embolden Assad and his allies.”

Bandar has told Congressional friends who he has known for decades that if American military action must be designed to alter the balance of power between the various rebel groups and the Syrian/Iranian/Hezbollah alliance, it will require a wholesale change in U.S. on-the-ground strategy to supply and train well-vetted opposition militias.

For Israel and its agents, the worst of all is victory by the Assad/Iranian/Hezbollah axis, which a brief but fiery barrage of cruise missiles is liable to bring about. A global power thousands of miles away cannot calibrate stalemate to ensure that neither party wins; we have to prioritize the most negative outcomes and use our assets to prevent them.

The Bandar-Zionist project is still not irreversible.  The Pentagon, and especially Defense Secretary Chuck Hagel and the Chairman of the Joint Chiefs of Staff Martin Dempsey, are very concerned and have threatened to resign in protest.  For they realize that there is a grave risk that the Syrian response will lead to a clash with one of its neighbors, a US ally.  Any scenario is possible from the moment that the first missile leaves American ships in the eastern Mediterranean.

Sources in Iran and Syria have advised this observer that they expect the US bombing to commence within 72 hours.