The Rouweiss Bombing in Beirut: A Rear-View Mirror 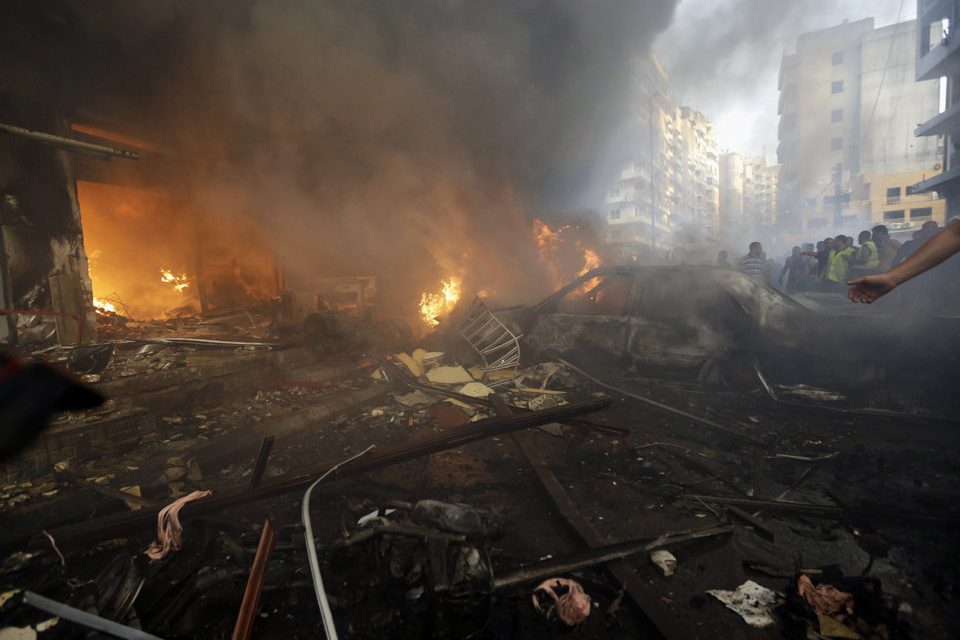 It smelt of something sinister.

It was late July and this author was making preparations to visit the Republic of Lebanon for the purpose of carrying out intermittent doctoral research on the country’s Islamic resistance movement, Hezbollah, when I read the most recent and particularly strange travel advisory released.

It came from the Foreign and Commonwealth Office (FCO) of my country, the United Kingdom, and was ostensibly designed to forewarn intending travelers of the possible repercussions of visiting in the current political climate – a very helpful tool considering the deepening polarization that was gripping the country stemming from the crisis in neighboring Syria.

The rather odd announcement, among other things, warned of the dangers of traveling to Hezbollah-constituent areas in the country by stating the following:

“The Foreign and Commonwealth Office (FCO) advise against all travel to Baalbek…east of the Baalbek El Hermel High Way to the Syrian border and down to Nabi Chit…southern suburbs in Beirut, defined as: south of the sports stadium to the airport, east of the main airport highway including the neighborhoods of Ghobeiry, Chuya, Haret, Hraik, Burj Al Brajne, Mraije, Er Rouais and Laylake”.

Naturally, as someone intending to research the socio-politics of that very movement, I was destined, and did, venture into most of the un-recommended areas – the only conceivable place, despite the risks to my life, from where I could gather data for the requirements of my study.

Yet what initially puzzled me upon reading the update was the aplomb in which the FCO was sure of a major security risk to the Hezbollah constituency’s – without doubt some of the most secure residential areas in the country and from where the secretive movement’s intelligence agents keep a watchful eye with great intensity.

But staying true to its reputable reputation in these matters, its latest travel advisory was indeed justified on the evening of August 15 in none other than the Hezbollah-dominated southern suburbs of Beirut.

A deadly car bomb packed with in-excess of 100 Kilograms of explosives was detonated at a busy intersection between the neighborhoods of Rouweiss and Bir Al Abed; killing at least 27 people and injuring dozens of others.

All subsequent investigations, by both Hezbollah and the Lebanese state, have confirmed that the culprits struck with no specific target in mind, neither human nor infrastructural.

It was not an assassination operation; it didn’t target any official or fighter, no base or arms depot; it was an indiscriminate attack of the most horrific kind and designed to reach anybody and everybody in the vicinity.

The purpose can only be described as wanting to create sheer carnage, confusion and senseless destruction – with Hezbollah’s largely Shiite Muslim constituents made to feel its wrath.

But terrorist bombing aside, I pondered, that very update from the FCO, and later the glee that seemed to be emanating from segments of the mainstream western media, would be a reminder of the sad state of affairs that some in the international community desire to paint events in Lebanon when they involve Hezbollah.

My government, either through their own intelligence intercepts or via that of frontline rebel-supporting countries like Turkey, had obviously learnt of Jihadist plans to vehemently metastasize their dirty war into certain areas of Lebanon on the premise of seeking retribution against Hezbollah and utilizing this very desire to further their habitual incitements to sectarian agitation.

But the FCO’s failure, like that of the CIA with its tip-off almost a week prior to the July 9th Beirut bombing, to seriously share with the Lebanese military authorities whom they regard as allies, credible intelligence that could have prevented and not merely ‘warned’ them of the impending terrorist threats – was of serious concern.

The providing of such critical information, despite their fears of intelligence assets or methods being compromised, would have gone a long way to re-assure the fragile Lebanese state – now a reluctant victim in two conflicts with its immediate neighbors as well as a deepening internal one.

But if the pre-bombing warnings and FCO travel advisories were questionable, arising from the fact that Al Qaeda had for some time threatened Hezbollah for its involvement in the Syrian conflict, the largely western media’s failure to even class the Rouweiss attack as a “terrorist bombing” – rendered many to the point of bafflement.

Almost all major news organizations, from the BBC and CNN to the Washington Post and France24 – seemed to uniformly depict the atrocity as merely “a car bomb rocking Hezbollah’s stronghold”.

Although no one doubts the attacked area falls under that category, the disconcerting reality is that the area is dense and residential, and the victims were all civilian – albeit overwhelmingly from the Shi’ite sect that happen to make up the support base of the Hezbollah movement.

This sad state of depiction, the almost whitewashing of the deaths of innocents and by virtue making a mockery of those who belong to an indifferent political viewpoint, can only be narrated to suggest one thing: that since the attacks were in a Hezbollah stronghold, public opinion should be designed with a view to seeing them as inevitable conclusions.

In turn such attitudes beg serious questions about the supposedly neutral principles and values on which the mainstream media operates, principles which are easily compromised and have proven to be so supine in the face of what only can be described as tawdry political pressure.

One can only hope that with the recent bombing in Tripoli, which the very same media largely headlined as simply “ a bombing in the Lebanese city of Tripoli” despite the politico-sectarian nature of the attack; a precedent that’s far from the chock-full of ridiculously partisan language used to describe the earlier attacks in Beirut, can now finally be set.

The classifying of the Rouweiss tragedy and those that will almost certainly follow it, with passive or disdain remarks in the print and broadcast media, will never play a constructive part in helping the massacres and sectarian tensions that have scarred this post-civil war nation – to gradually abate.