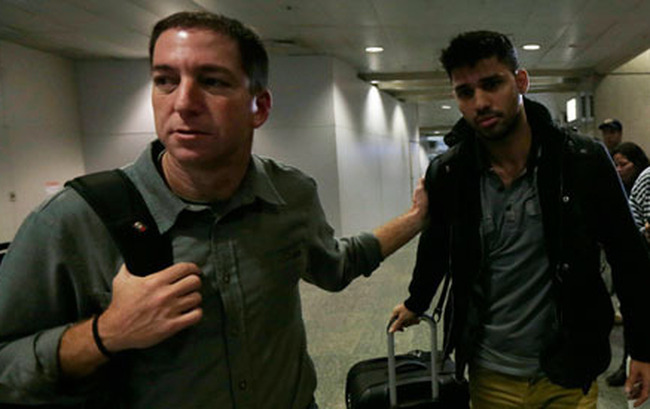 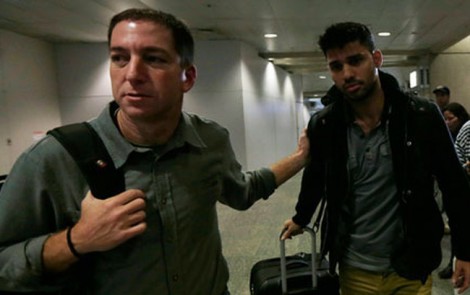 It is not just one thing that should worry us about the authoritarian tendencies of the Obama presidency, but one thing after another; the cumulative effect of it all.

The latest sign of the times was the August 19th detention of David Miranda, Glenn Greenwald’s partner, at Heathrow Airport under the British anti-terrorist law for nine hours. His laptop, cell phone, and other electronic devices were also confiscated, and presumably examined. We need to wonder what is so frightening about ‘the Snowden documents’ that it induces these flagrant intrusions on the privacy and confidentiality of journalists, and now even their associates.

President Obama keeps reassuring Americans, and indeed the world, that he shares a concern for protecting elemental rights, and yet he seems to spare no means to move against disclosures of information that seems awkward for the United States and some allies even when not of great interest to Al Qaeda and the like. Just as 40 years ago the government sought to prosecute Daniel Ellsberg for revealing secrets being kept from the American people, and not from the ‘enemy’ in the jungles and rice paddies of Vietnam. It is not a matter of secrecy for secrecy’s sake, but secrecy to sustain the trust of the citizenry by a cover up of lies and deception.

Keep in mind that by the rules of the road in international affairs, Moscow could not extradite Snowden, and yet Washington insisted, and when spurned, ‘punished’ itself more than Russia and Putin, by canceling the presidential meeting scheduled for Russia in September to discuss issues of common concern, including Syria, Iran, North Korea, nuclear arms control, and presumably the horrifying turmoil that is turning the Middle East into a war zone. Any fool would realize that at this point the United States has much more to gain from a cooperative rather than an alienated Russia, and so what is the point of showing Snowden childish pique by this rebuff of Putin? It would seem that Washington’s concept of such cooperation between the two countries is entirely hegemonic: the United States sets the tune, and Russia is supposed to sing the song. There are no honest disagreements.

It is a one-way street as near as I can tell, and when the songsters in Moscow provide their own lyrics, the music makers in Washington turn hostile, claiming disappointment.

Also, it is not an unfriendly gesture to accord Snowden asylum in view of his political crimes and the punitive approach adopted by the Obama presidency for breaches of secrecy. On the contrary, it is what a human rights culture should lead us to hope for in such situations. Was it really sensible diplomacy to use America’s leverage in the NATO region to disrupt the European flight of Evo Morales, not only violating the navigational rights of Bolivia, and also encroaching upon its sovereignty and insulting its leader?

As it turned out, this effort to capture Snowden while he was mistakenly thought to be on his way to Bolivia, angered and affronted all of Latin America, including the usually placid Brazil, which even speculated that it might not now continue with its plan to make a large purchase of fighter aircraft from Boeing. It would seem that the Obama presidency loses its composure as soon as some of its dirty secrets are told, whether involving war crimes in Iraq and Afghanistan or human rights violations around the world.

Instead of such a display of childish frustration, Obama would have helped his cause much more by declaring the Snowden disclosures as a ‘teaching moment,’ an occasion both to discuss the post-9/11 pressures to gain information and the threats poses to freedom and democracy by the inflated demands of ‘homeland security,’ especially when the homeland becomes equated with the world.

The road to autocracy in America, aside from the plutocratic ride of the 1%, tunnels through mountains of secrecy, a panopticon of surveillance, drone warfare, White House approved assassination lists, death squads roaming foreign lands, and a globe-girdling militarism manifest in a network of hundreds of foreign bases, space satellites, provocative military exercises, and outmoded strategic doctrines.