That Most Charming of Couples: Nationalism and Hypocrisy 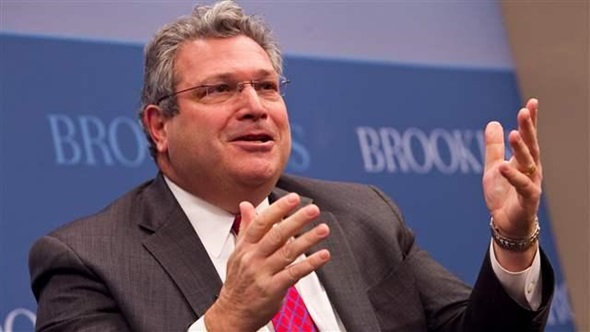 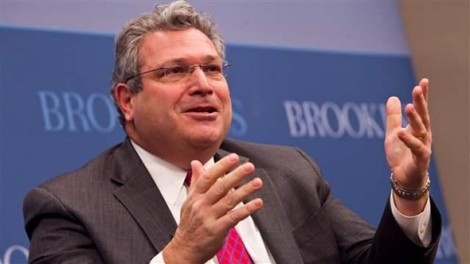 It’s not easy being a flag-waving American nationalist. In addition to having to deal with the usual disillusion, anger, and scorn from around the world incited by Washington’s endless bombings and endless wars, the nationalist is assaulted by whistleblowers like Bradley Manning and Edward Snowden, who have disclosed a steady stream of human-rights and civil-liberties scandals, atrocities, embarrassing lies, and embarrassing truths. Believers in “American exceptionalism” and “noble intentions” have been hard pressed to keep the rhetorical flag waving by the dawn’s early light and the twilight’s last gleaming.

That may explain the Washington Post story (July 20), headlined “U.S. asylum-seekers unhappy in Russia”, about Edward Snowden and his plan to perhaps seek asylum in Moscow. The article recounted the allegedly miserable times experienced in the Soviet Union by American expatriates and defectors like Lee Harvey Oswald, the two NSA employees of 1960 – William Martin and Bernon Mitchell – and several others. The Post’s propaganda equation apparently is: Dissatisfaction with life in Russia by an American equals a point in favor of the United States: “misplaced hopes of a glorious life in the worker’s paradise” … Oswald “was given work in an electronics factory in dreary Minsk, where the bright future eluded him” … reads the Post’s Cold War-clichéd rendition. Not much for anyone to get terribly excited about, but a defensive American nationalist is hard pressed these days to find much better.

At the same time TeamUSA scores points by publicizing present-day Russian violations of human rights and civil liberties, just as if the Cold War were still raging. “We call on the Russian government to cease its campaign of pressure against individuals and groups seeking to expose corruption, and to ensure that the universal human rights and fundamental freedoms of all of its citizens, including the freedoms of speech and assembly, are protected and respected,” said Jay Carney, the White House press secretary.[1]

“Campaign of pressure against individuals and groups seeking to expose corruption” … hmmm … Did someone say “Edward Snowden”? Is round-the-clock surveillance of the citizenry not an example of corruption? Does the White House have no sense of shame? Or embarrassment? At all?

I long for a modern version of the Army-McCarthy hearings of 1954 at which Carney – or much better, Barack Obama himself – is spewing one lie and one sickening defense of his imperialist destruction after another. And the committee counsel (in the famous words of Joseph Welch) is finally moved to declare: “Sir, you’ve done enough. Have you no sense of decency, sir? At long last, have you left no sense of decency?” The Congressional gallery burst into applause and this incident is widely marked as the beginning of the end of the McCarthy sickness.

US politicians and media personalities have criticized Snowden for fleeing abroad to release the classified documents he possessed. Why didn’t he remain in the US to defend his actions and face his punishment like a real man? they ask. Yes, the young man should have voluntarily subjected himself to solitary confinement, other tortures, life in prison, and possible execution if he wished to be taken seriously. Quel coward!

Why didn’t Snowden air his concerns through the proper NSA channels rather than leaking the documents, as a respectable whistleblower would do? This is the question James Bamford, generally regarded as America’s leading writer on the NSA, endeavored to answer, as follows:

I’ve interviewed many NSA whistleblowers, and the common denominator is that they felt ignored when attempting to bring illegal or unethical operations to the attention of higher-ranking officials. For example, William Binney and several other senior NSA staffers protested the agency’s domestic collection programs up the chain of command, and even attempted to bring the operations to the attention of the attorney general, but they were ignored. Only then did Binney speak publicly to me for an article in Wired magazine. In a Q&A on the Guardian Web Snowden cited Binney as an example of “how overly-harsh responses to public-interest whistle-blowing only escalate the scale, scope, and skill involved in future disclosures. Citizens with a conscience are not going to ignore wrong-doing simply because they’ll be destroyed for it: the conscience forbids it.”

And even when whistleblowers bring their concerns to the news media, the NSA usually denies that the activity is taking place. The agency denied Binney’s charges that it was obtaining all consumer metadata from Verizon and had access to virtually all Internet traffic. It was only when Snowden leaked the documents revealing the phone-log program and showing how PRISM works that the agency was forced to come clean.[2]

“Every country in the world that is engaged in international affairs and national security undertakes lots of activities to protect its national security,” US Secretary of State John Kerry said recently. “All I know is that it is not unusual for lots of nations.”[3]

Well, Mr. K, anti-Semitism is not unusual; it can be found in every country. Why, then, does the world so strongly condemn Nazi Germany? Obviously, it’s a matter of degree, is it not? The magnitude of the US invasion of privacy puts it into a league all by itself.

Kerry goes out of his way to downplay the significance of what Snowden revealed. He’d have the world believe that it’s all just routine stuff amongst nations … “Move along, nothing to see here.” Yet the man is almost maniacal about punishing Snowden. On July 12, just hours after Venezuela agreed to provide Snowden with political asylum, Kerry personally called Venezuelan Foreign Minister Elias Jaua and reportedly threatened to ground any Venezuelan aircraft in America’s or any NATO country’s airspace if there is the slightest suspicion that Snowden is using the flight to get to Caracas. Closing all NATO member countries’ airspace to Venezuelan flights means avoiding 26 countries in Europe and two in North America. Under this scenario, Snowden would have to fly across the Pacific from Russia’s Far East instead of crossing the Atlantic.

The Secretary of State also promised to intensify the ongoing process of revoking US entry visas to Venezuelan officials and businessmen associated with the deceased President Hugo Chávez. Washington will also begin prosecuting prominent Venezuelan politicians on allegations of drug trafficking, money laundering and other criminal actions and Kerry specifically mentioned some names in his conversation with the Venezuelan Foreign Minister.

Kerry added that Washington is well aware of Venezuela’s dependence on the US when it comes to refined oil products. Despite being one of the world’s largest oil producers, Venezuela requires more petrol and oil products than it can produce, buying well over a million barrels of refined oil products from the United States every month. Kerry bluntly warned that fuel supplies would be halted if President Maduro continues to reach out to the fugitive NSA contractor.[4]

Wow. Heavy. Unlimited power in the hands of psychopaths. My own country truly scares me.

American hypocrisy in its foreign policy is manifested on a routine, virtually continual, basis. Here is President Obama speaking recently in South Africa about Nelson Mandela: “The struggle here against apartheid, for freedom; [Mandela’s] moral courage; this country’s historic transition to a free and democratic nation has been a personal inspiration to me. It has been an inspiration to the world – and it continues to be.”[5]

How touching. But no mention – never any mention by any American leader – that the United States was directly responsible for sending Nelson Mandela to prison for 28 years.[6]

And demanding Snowden’s extradition while, according to the Russian Interior Ministry, “Law agencies asked the US on many occasions to extradite wanted criminals through Interpol channels, but those requests were neither met nor even responded to.” Amongst the individuals requested are militant Islamic insurgents from Chechnya, given asylum in the United States.[7]