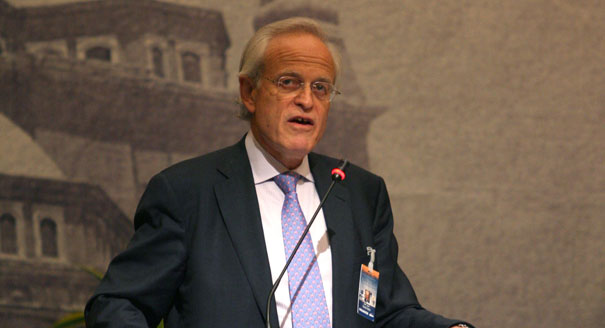 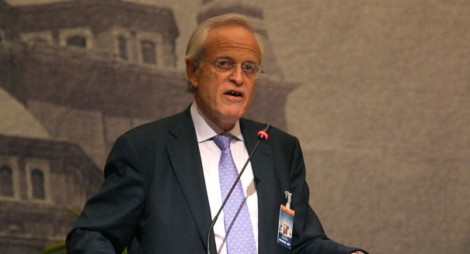 It was to be expected. It was signaled in advance. And yet it is revealing.

The only other candidates considered for the job were equally known as Israeli partisans: Daniel Kurtzer, former ambassador to Israel before becoming Commissioner of Israel’s Baseball League, and Dennis Ross, co-founder in the 1980s (with Indyk) of the AIPAC-backed Washington Institute for Near East Policy; handled the 2000 Camp David negotiations on behalf of Clinton.

Does it not seem strange for the United States, the convening party and the unconditional supporter of Israel, to rely exclusively for diplomatic guidance in this concerted effort to revive the peace talks on persons with such strong and unmistakable pro-Israeli credentials?

What is stranger, still, is that the media never bothers to observe this peculiarity of a negotiating framework in which the side with massive advantages in hard and soft power, as well as great diplomatic and media leverage, needs to be further strengthened by having the mediating third-party so clearly in its corner. Is this numbness or bias? Are we so accustomed to a biased framework that it is taken for granted, or is it overlooked because it might spoil the PR effect of reviving the moribund peace process?

John Kerry, the U.S. Secretary of State, whose show this is, dutifully indicated when announcing the Indyk appointment, that success in the negotiations will depend on the willingness of the two sides to make ‘reasonable compromises.’ But who will decide on what is reasonable? It would be criminally negligent for the Palestinians to risk their future by trusting Mr. Indyk’s understanding of what is reasonable for the parties. But the Palestinians are now potentially entrapped. If they are put in a position where Israel accepts, and the Palestinian Authority rejects, “(un)reasonable compromises,” the Israelis will insist they have no “partner” for peace, and once more hasbara will rule the air waves.

It is important to take note of the language of reasonable compromises, which as in earlier attempts at direct negotiations, excludes any reference to international law or the rights of the parties. Such an exclusion confirms that the essential feature of this diplomacy of negotiations is a bargaining process in which relative power and influence weighs heavily on what is proposed by and acceptable to the two sides. If I were advising the Palestinians, I would never recommend accepting a diplomatic framework that does not explicitly acknowledge the relevance of international law and the rights of the parties. In the relation of Israel and Palestine, international law could be the great equalizer, soft power neutralizing hard power. And this is precisely why Israel has worked so hard to keep international law out of the process, which is what I would certainly recommend if in Tel Aviv’s diplomatic corner.

Can one even begin to contemplate, except in despair, what Benjamin Netanyahu and his pro-settler cabinet consider reasonable compromises?  On what issues can we expect Israel to give ground: borders, Jerusalem, refugees, settlements, security?

It would have been easy for Kerry to create a more positive format if he had done either of two things: appointed a Palestinian or at least someone of Middle Eastern background as co-envoy to the talks. Rashid Khalidi, President Obama’s onetime Chicago friend and neighbor, would have been a reassuring choice for the Palestinian side. Admittedly, having published a book a few months ago with the title Brokers of Deceit: How the U.S. Undermined Peace in the Middle East, the appointment of Khalidi, despite his stellar credentials, would have produced a firestorm in Washington. Agreed, Khalidi is beyond serious contemplation, but what about John Esposito, Chas Freeman, Ray Close? None of these alternatives, even Khalidi, is as close to the Palestinians as Indyk is to the Israelis, and yet such a selection would have been seen as a step taken to close the huge credibility deficit. Yet such credibility remains outside the boundaries of the Beltway’s political imagination, and is thus inhabits the realm of the unthinkable.

It may be that Kerry is sincere in seeking to broker a solution to the conflict, yet this way of proceeding does not. Perhaps, there was no viable alternative. Israel would not come even to negotiate negotiations without being reassured in advance by an Indyk-like appointment. And if Israel had signaled its disapproval, Washington would be paralyzed.

The only remaining question is why the Palestinian Authority goes along so meekly. What is there to gain in such a setting? Having accepted the Washington auspices, why could they not have demanded, at least, a more neutral or balanced negotiating envoy? I fear the answer to such questions is ‘blowin’ in the wind.’

And so we can expect to witness yet another charade falsely advertised as ‘the peace process.’ Such a diversion is costly for the Palestinians, beneficial for the Israelis. Settlement expansion and associated projects will continue, the occupation with all its rigors and humiliations will continue, and the prospects for a unified Palestinian leadership will be put on indefinite hold. Not a pretty picture.

This picture is made more macabre when account is taken of the wider regional scene, especially the horrifying civil war in Syria and the bloody military coup in Egypt. Not to be forgotten, as well, are Israeli threats directed at Iran, backed to the hilt by the U.S. Congress, and the terrible legacy of violent sectarian struggle that is ripping Iraq apart. Naturally, there is speculation that some kind of faux solution to the Israel/Palestine conflict would release political energy in Washington that could be diverted to an anti-Assad intervention in Syria and even an attack on Iran. We cannot rule out such infatuations with morbid geopolitical projects, but neither should we assume that conspiratorial scenarios foretell the future.