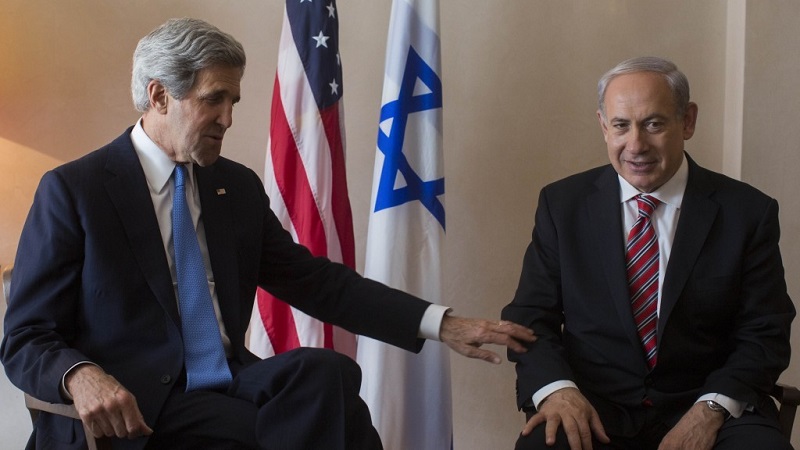 The European Union has proposed new guidelines for how it will do business with the state of Israel that will require any Israeli entity seeking funding or cooperation from the E.U. to submit a declaration that it has no links to any of the occupied territories. Any agreement between the E.U. and Israel would need to include a section stating that its settlements in the territories are not part of Israel. The guidelines, obtained by the Israeli daily Haaretz, state that “only Israeli entities having their place of establishment within Israel’s pre-1967 borders will be considered eligible for consideration.” Human rights organizations like B’Tselem and non-governmental organizations like Peace Now that work to promote peace will be exempt from the requirement not to have links to the occupied territories.

Haaretz reported a senior Israeli official describing the new guidelines as an “earthquake”. Economy Minister Naftali Bennett hysterically called it an “economic terror attack.” Prime Minister Benjamin Netanyahu responded, “We will not accept any external edicts on our borders.” That, of course, means that Palestinians must accept Israel’s edicts on where the borders of the state of Palestine will be. Palestinians have long since joined the international consensus on a two-state solution, which is rejected only by Israel its main benefactor, the United States.

That solution is based on U.N. Resolution 242, which requirs Israel to return to the pre-June 1967 “Green Line”, otherwise known as the 1949 armistice lines and so-called for the color of the ink with which the line was drawn on the map under the armistice agreements. Under international law, every inch of the Gaza Strip and the West Bank, including East Jerusalem, is considered “occupied Palestinian territory” to which Israel has no legal claim. Its attempts to annex Jerusalem have been condemned repeatedly by the U.N. Security Council, which has deemed the moves “illegal, null, and void”. Israel’s settlements in the West Bank are a violation of the Fourth Geneva Convention.

Haaretz also reported that consulting firms known as “investment committees”, which submit reports to their clients about where or where not to invest, had advised large European banks against issuing loans or aid to any Israeli companies that operate in the West Bank, including to Israeli banks that issue mortgages for homes built there in violation of international law. Writing in the Israeli daily, Yossi Verter described this as “the nightmare scenario” and an “economic tsunami”.

This new development in Europe has presumably been prompted by the fear that Palestine might submit claims against Israel or other entities complicit in its violations of international law to the International Criminal Court (ICC). Palestine acquired the status at the U.N. of a non-member observer state in November 2012, which means it now has recourse to the ICC and International Court of Justice (ICJ) in its relations with Israel and other countries.

Verter added that if “the Palestinians make good on their threat” to go to the ICC, it would be “a move that would have serious implications for Israel’s judicial status in the world, to put it mildly.” He reported that Israeli officials launched “feverish but quiet activity” to prevent these recommendations from appearing in the reports of the investment committees, arguing that it would “doom Kerry’s efforts to certain failure”, adding that “The European economists were apparently persuaded. For the time being, at least, they have abandoned this approach.”

Verter was referring to the efforts of U.S. Secretary of State John Kerry, who has travelled to the Middle East six times in the past half year to try to get Palestine to agree to return to the U.S.-led so-called “peace process”, which is the process by which the U.S. and Israel have long blocked implementation of the two-state solution. The Palestinians have become frustrated with this process and have refused to resume negotiations while Israel continues to illegally colonize their land.

For now, the Palestinian leadership under President Mahmoud Abbas has held off on seeking remedy through the ICC in order to give the U.S. more time to broker talks between Israel and Palestine. The Palestinian leadership apparently is holding out the vain hope that the U.S. will convince Israel to agree to a settlement “freeze”. But the U.S. has long been complicit in Israel’s illegal policies, supporting its violations of international law financially, militarily, and diplomatically.

The Obama administration, for example, worked to block any efforts to hold Israel accountable for war crimes during its December 27, 2008 – January 18, 2009 military assault on Gaza, carried out with U.S. arms, as well as for Israel’s deadly attack on an international aid flotilla in May 2011 in which nine peace activists, including eight Turkish and one American citizen, were murdered. On February 18, 2011, to cite just one example of its diplomatic support for Israel’s criminal policies, the administration vetoed an uncontroversial U.N. Security Council resolution condemning Israel for its illegal settlement expansion that was supported by every other member of the Council, including the U.S.’s European allies France, Germany, and the U.K.

According to Haaretz, a “high-ranking U.S. administration official” warned that Europe, too, was becoming impatient with the process and that if Secretary Kerry’s efforts to restart talks failed, E.U. countries would take additional measures against the illegal settlements. “The Europeans are giving us time to complete the efforts to resume the talks,” the official told Haaretz. “But if we don’t succeed, they’ll want to go in other directions and take measures. The Israelis know that very well.”

The Israeli government is divided on how to respond to the new E.U. guidelines. Economy Minister Bennett and Deputy Foreign Minister Zeev Elkin “suggested that Netanyahu present the E.U. with an ultimatum”, according to Haaretz, that if the guidelines are implemented as planned for the beginning of next year, Israel would block the E.U. from operating in Palestine and freeze any existing projects underway there, as well as exclude it from any role in the “peace process”. Minister of Justice Tzipi Livni rejected that approach, saying that it might sabotage Kerry’s efforts. “The only way to neutralize these European measures”, she said, “is to resume the peace process.” Netanyahu also advised a less confrontational response, saying, “Don’t forget that we need Europe for sensitive security matters and particularly regarding Iran’s nuclear program.”

The E.U. has been on board with implementing sanctions against Iran that collectively punish its civilian population for their government’s defiance of Western demands, led by the U.S., that the country surrender its “inalienable right” under the nuclear non-proliferation treaty (NPT) to enrich uranium for peaceful civilian purposes.