Hezbollah: An Ensnaring Road Ahead 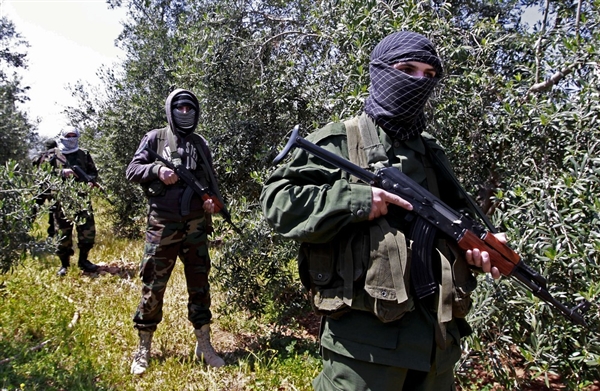 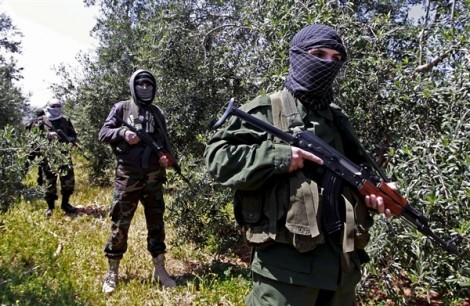 The nauseous protrusion of the on-going rebellion in the Syrian Arab Republic has for some time rendered Lebanon’s Islamic resistance movement, Hezbollah, into overtly countering what it’s always harbored is a deadly connivance aimed at puncturing its regional ‘axis-of-resistance’ alliance.

It’s on this logic that one can gauge the movement’s recent gamble of going all-out to supplement the Syrian army in its quest to liberate the strategically located town of Qusayr, as well as sending specialized units to defend an Islamic shrine south of Damascus.

These measures, in addition to other hazily reported ones, have not only exposed the movement’s stake in the outcome of the conflict, but are also ones which have garnered it a barrage of criticism­–mainly from foreign backers and media outlets supporting the anti-government rebellion.

But yet this very rebellion, ostensibly designed to topple the regime of Bashar Al-Assad, has long resulted in plunging large parts of that country into destruction, homelessness, killing zones, and now a springboard for Jihadist galvanization across the region.

And this in turn has allowed many to speak of the conflict with perhaps the savaging that it deserves.

It begins in Syrian territory itself–but not the now old news that mercenaries who’ve pledged allegiance to Osama Bin Laden’s notorious brainchild Al-Qaeda,  are firmly entrenched at the forefront of the battle.

Rather, it’s about the morbid proportions of savagery that these Jihadists, in collusion with their so-called Free Syrian Army colleagues, have been busy indulging in over the last few weeks–savagery that should be emitting death rays into the eyes of those otherwise backing the crude rebellion.

The world has come to see visual images of notable Jihadists filming themselves opening up the organs of fallen government soldiers and eating them raw, decapitating and then grilling the heads of captured pilots for public display, and executing melancholic 14 year old boys for blasphemy.

They are clearly the type of people with whom a great deal more than immoderate language needs to be used every now and again.

But for Hezbollah, it’s also the inherent fear that such barbarism could cross the border into Lebanon—where its Shiite community is the largest of the country’s 18 sects and will undoubtedly be the next prey of these anti-Shiite spouting Takfiri’s—that has led many to believe is the primary driving force behind the decision to lock horns with them next door.

Yet for all the measures it may deem as being preventative in Syria, counter-actions by the Jihadist-led rebel opposition seem only to have exacerbated fears of a wider military and sectarian spillover.

One only has to begin with the post-Qusayr situation.

Humiliatingly defeated in an urban battle believed to have been orchestrated by Hezbollah, the rebels resorted to intermittently firing crude rockets at Hezbollah constituent areas in both Lebanon’s Bekaa valley as well southern suburbs of Beirut—resulting in the deaths and injuries of innocent civilians as well as causing infrastructural damage to homes and businesses.

Then it was the turn of the rebels honcho, Salim idris, and a man who many like to paint as the moderate face of the rebellion, threatening to spread the conflict by invading Lebanese territory in pursuit of Hezbollah itself.

But with the Syrian army currently resurgent and placing the rebels on the back foot, there seems to be no immediate worry of a major flare-up on the porous Lebanese-Syrian border.

The domestic scene in fragile Lebanon itself has also become another victim.

The Syrian conflict has increasingly polarized the already tense Sunni-Shiite political divide – and resulted in the country’s northern and Sunni-dominated city of Tripoli all but becoming a byword for Jihadism.

It’s in this city that radical Sunni groups and even their secular counterparts have long been instrumental in supplying arms and facilitating recruits for the rebellion, instigate (sometimes violent) demonstrations against Hezbollah and its allies and use the premise of mosques to articulate scorching anti-Shiite and anti-Alawite rhetoric to followers within the country.

If it wasn’t for the killing of 14 Lebanese soldiers a fortnight ago, and the subsequent storming of a radical clerics headquarters, the Sunni-dominated southern Lebanese city of Sidon was on course for becoming another bastion of radical-Islamic recruitment and Jihadism.

Sheikh Ahmad Al-Asir, who’d risen to notoriety on the premise of supposedly being a thorn in the side of Hezbollah and who was synonymous with articulating repulsive rhetoric against the Shiite branch of Islam, finally resorted to confront the nations army when it dared to challenge him.

The self-declared heroic figure is now a fugitive—despite cowardly making so far unheeded calls for Sunni members in the Lebanese army to defect and declare military officials infidels.

The army is leading a desperate manhunt for him and until they capture or kill him, he’s placed their very prestige in a quandary.

Hezbollah has remained largely passive in the prevailing climate—for now.

But in the wake of the cold-blooded killings of tribal notables in the Bekaa Valley, suspicion of wider Sunni political and religious collusion in this regard and the country’s being run without a political cabinet; events might force their hand in a manner it has thus far sought to avoid.

Finally, and perhaps most importantly, the politico-religious aspect to the outcome of this war has very diverging interests at stake, and in which Hezbollah is firmly planted at the pendulum.

In a recent televised interview, the American president finally confirmed the open secret.

Namely, and in his words, that there were ‘elements’ in the Middle East who see the conflict through the prism of a Sunni-Shite conflict in which the Americans should back the side of the Sunnis.

It doesn’t take much to conclude that the President is alluding to Sunni-ruled states like Qatar and Saudi Arabia that have been instrumental in the continual backing of the two-year long rebellion.

The very recent vows by some of these states to increase monetary and military assistance, along with international components led by the United States to those fighting the Assad regime only adds to this belief.

This equation has been made worse by Qatar-funded leading Sunni clerics like Sheikh Qaradawi, as well as Saudi’s Arabia’s grand Mufti, referring to Hezbollah as the party of devils—and calling for recruits to join the so-called Jihad in Syria.

Such rhetoric was being relayed just as U.S. and Jordanian troops completed joint military and naval exercises on Jordanian territory—where reports have been trickling out for some time that militants are secretly being trained in preparation for opening yet another desperate front in the Syrian war.

But more weapons, more Jihadist recruits and more inflammatory rhetoric leading to increased destabilization is not going to pave the way for any side to reach the optimum result that it wants: the capitulation and destruction of the other.

Hezbollah, which owes its regional pre-eminence to a platform that car-bombed and rocketed Israel and America from a military presence in Lebanon, today sees both their hands in Syria in collusion with a Gulf Arab project.

This project they are convinced, is firmly designed to incrementally eradicate its and Iran’s role in the resisting tide of the region.

It’s certainly wishful thinking on the part of those who assume that such a movement, which has risen on the blood and sweat of thousands of its do-or-die faithful, will ever cut and run from its Syrian involvement in tearing haste.

Although such activity would certainly offer a bracing antidote to the anxieties and vulnerabilities of the combined forces indirectly amassed against it, Hezbollah’s ethos is not one that allows itself to be rendered to a life of retreat, destitution and dependence—at the mercy of their combined enemy’s rage.

Considering the timing and locations of their sporadic involvement, the movement’s strategists have obviously conducted a thought experiment about the potential stretching of the conflicts boundaries long ago.

The war-gaming of this bigger picture has today resulted in them going on the offensive—in line with the secretive guerrilla nature of their almost legendary military application.

Their expertise, reputation and cohesiveness are about to undergo the biggest test to date.

The movement finds itself almost enveloped by litany of enemies, local and afar, who use the pretext of the conflict in Syria with an unlimited supply of money and weapons, as a precursor to gun for their downfall.

In Hezbollah’s eyes, it can only mean a zero sum game.

In order for them and their allies to succeed in Syria, their combined enemies have to lose—and lose decisively.