Has Washington’s Arrogance Undone Its Empire? 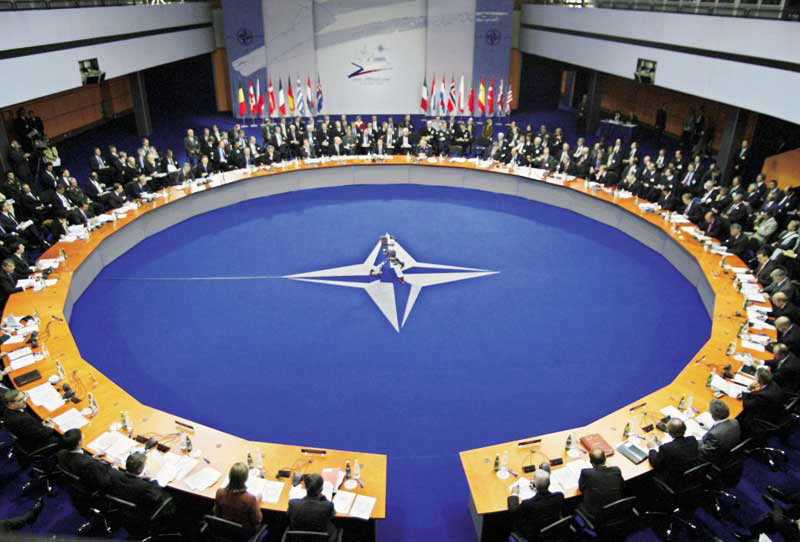 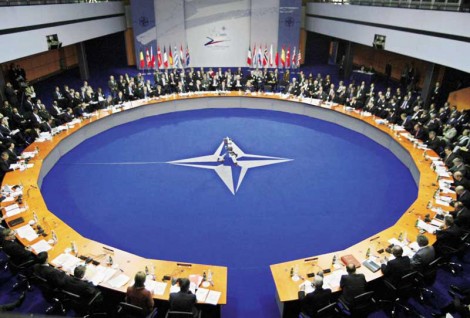 No one likes a bully, and Washington’s NATO puppets have been bullied for six decades. British prime ministers, German chancellors, and French presidents have to salute and say “yes sir.”

They all hate it, but they love Washington’s money; so they prostitute themselves and their countries for Washington’s money.  Even a person of Winston Churchill’s stature had to suck up to Washington in order to get his bills and his country’s bills paid.

But what the bought European leaders are finding is that Washington doesn’t pay enough for the prostitution required.  One year out of office Tony Blair was worth $35 million dollars. But that’s not enough to get Blair on the waiting list for $50 million 200 foot yachts, to have a chalet in Gstaad, $50 million penthouses in Paris and New York, and a private plane to fly between them, or to wear a $736,000 Franck Muller watch on his wrist, sign his name with a $700,000 Mont Blanc jewel-encrusted pen, and drink $10,000 “martinis on a rock” (gin or vodka poured over a diamond) at New York’s Algonquin Hotel.

The British seem content in their role as Washington’s favorite lackey, but France and Germany have not enjoyed that role. France’s last real leader, General DeGaul, would have nothing to do with it and refused to join NATO.  Germany, dismembered with East Germany occupied by the Soviets, had no choice. Germans’ gratitude to President Reagan for their unification resulted in re-unified Germany falling under Washington’s hegemony.

However, if news reports from Berlin are true, Germany has had enough. The catalyst was Edward Snowden’s revelations that Washington spies on everyone including its allies, both Germany and the EU in particular.  Moreover, Washington uses Britain as the Trojan Horse within the EU as a backup spy in case NSA misses something.

According to news reports, the German, French, and EU governments are upset to find out that their extreme subservience to Washington has not protected them and their citizens from being spied upon.  Here they are, fighting Washington’s wars in far distant Afghanistan, the fate of which is completely unrelated to their own, and what does Washington do but embarrass them by spying on the personal lives of their citizens.

With the German government put on the spot by Washington’s betrayal, news headlines are: “Germany Ready to Charge UK and US Intelligence Over Bugging Operations.”

Little wonder Washington and its media whores hate Edward Snowden. “A spokesman for the [German] Federal Prosecutor said the office was preparing to bring charges against” the UK and US intelligence services.  In light of the Snowden affair, it will be wonderful if Germany issues arrest warrants and Washington and London refuse to extradite its NSA and UK spy operatives who have violated every law and every trust.

The German Justice Minister, Sabine Leutheusser-Schnarrenburger, demanded an “immediate explanation” why Washington was applying to Germany policies “reminiscent of the actions against enemies during the Cold War.”

The president of France has said that France will not again cooperate with Washington on any issue until France receives “full assurances” that Washington will cease spying on France.

The president of the European Parliament, Martin Schulz, and the EU Commissioner for Justice, Viviane Reding, demand Washington’s answer to Snowden’s revelations that Washington has betrayed its own allies.

The question that must be asked is: do any of these protests from politicians who are almost certain to be on Washington’s payroll mean anything, or are they just make-believe protests to quiet the domestic European populations who have been betrayed by their elected leaders? Why would the French president and the German justice minister think any reassurance from Washington meant anything?  When in human memory has Washington told the truth about anything?  When has Washington’s reassurance meant anything?

Washington’s reply to Europe’s demands for explanation is: “We will discuss these issues bilaterally with EU member states,” but “we are not going to comment publicly on specific alleged intelligence activities.”

You know what that means. Bilateral means that Washington is going to talk with each EU country separately, using the information the NSA has obtained to blackmail each complainant into silence.  Whereas the EU together could stand up to Washington, separately the countries can be browbeat and offered more money or threats that illicit love affairs will be revealed to shut them up.  Washington is betting on its power to intimidate individual countries with the threat of isolation and being cut off from money.  If the EU countries agree to the secret bilateral explanations from Washington, the affair will end and the spying on Europe will continue while the EU politicians deny that the spying continues.

By now the entire world must know that Washington is not merely lawless, but also totally out of control, reveling in arrogance and hubris, driven by desires for hegemony over the entire world. Washington is so paranoid and distrustful that it doesn’t even trust its own citizens or the European puppet governments that it has bought and paid for.

Today the craziness in Washington is much worse.  Decision-making councils are full of crazed neoconservative war-mongers, such as National Security Advisor Susan Rice, a threat to humanity.  Washington think tanks and media are over-represented by neoconservatives such as William Kristol, who wants to know “what good are nuclear weapons if you can’t use them?”

The sleazy European politicians and media who took Washington’s money provided for their own economic security, but they betrayed the security of the entire world.  By enabling Washington’s hegemony, they unleashed Washington’s arrogance.  This arrogance now threatens not merely the independence of every country but life on earth.

Instead of meeting unilaterally alone with Washington, the European countries should stand together.  After all, supposedly there is an EU. If there is an EU, Washington should meet with the EU, not with its constituent parts individually, no one of which can stand up to Washington’s intimidation and bribes.

If thermo-nuclear war is to be avoided and life is to continue on earth, Europe must disband NATO. The North Atlantic Treaty Organization was formed in the aftermath of World War II.  Its purpose was to prevent the powerful Red Army, which defeated Nazi Germany, from overrunning all of Western Europe.

The Soviet Union collapsed in 1991, 22 years ago.  Yet, NATO still exists.  Moreover, against President Reagan’s intentions, NATO has grown. NATO now includes former constituent parts of the Soviet Empire, such as Eastern Europe, and former constituent parts of the Soviet Union itself, such as Georgia, the government of which is bought and paid for by Washington. The NGOs that Washington funds might even deliver Ukraine into Washington’s fold.

Egged on by Washington, Georgia initiated a war with present day Russia, which superior Russian forces quickly ended.  In the opinion of many, the Russian government showed far too much tolerance for its defeated enemy, which is being rearmed by Washington and encouraged into new military adventures. Washington is working to make Georgia, located in Asia between the Black and Caspian seas, a member of the North Atlantic Treaty Organization.  NATO membership would make Georgia a treaty protectorate of Washington and its NATO puppets. Washington thinks that this elevation of Georgia would result in Russia acquiescing to Georgian aggression in order to avoid war with the US and NATO.

China, also, has been amazingly abused by Washington, and instead of replying in kind, has taken it in stride. This magnanimity on the part of the Chinese has been misinterpreted by Washington as fear.  The fear that Washington imagines is causing China to quake in its boots has encouraged Washington to surround China with new naval, air, and troop bases. The fact that however numerous are Washington’s bases in the Pacific and South China Sea, Washington itself is an ICBM away has not registered on the ignorant scum that rules Amerika. Overwhelmed by its hubris, Washington threatens all life on earth.