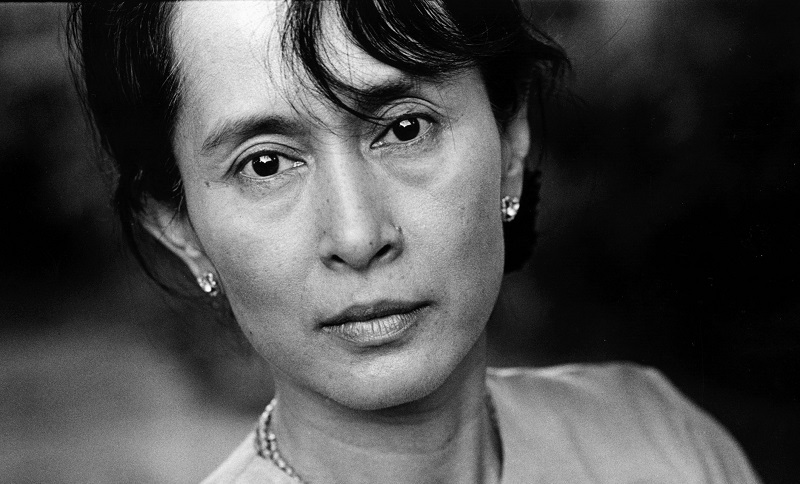 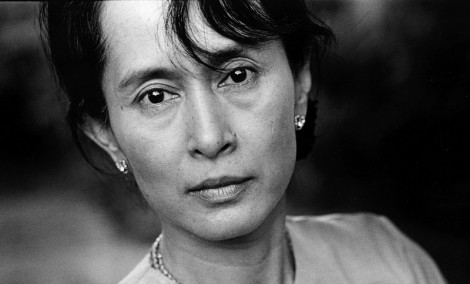 On the sidelines of World Economic Forum on June 6, Aung San Suu Kyi, the 1991 Nobel peace prize laureate and the opposition leader, was asked if she would seek the post of the country’s president.

Suu Kyi responded unequivocally and said, “I want to run for president and I am quite frank about it… If I pretended that I did not want to be president, I would not be honest and I would rather be honest with my people than otherwise.”

The announcement received support from the National League for Democracy (NLD) during Suu Kyi’s 68th birthday celebration on June 19, attended by party members, diplomats, politicians, and journalists at the NLD headquarters in Yangon.

Tin Oo, NLD vice-chairman and senior patron, publicly endorsed her. Tin Oo, chief of the Burmese armed forces from 1974-76, appealed to the military, as former commander-in-chief, to support Suu Kyi for the good of the country.

It now clears any lingering doubt about Suu Kyi’s political ambition. The question now is how she can assume the highest executive office. What are the available options, if any at all?

First of all, the president is not directly elected by the electorates, but through a presidential electoral college, a three-committee body made up of members of parliament from Amyotha Hluttaw, Pyithu Hluttaw, and military-appointed lawmakers. The candidate with the highest number of votes from the electoral college is elected president.

The immediate and most significant challenge for Suu Kyi is constitutional hindrance. A clause in the 2008 constitution specifies that anyone whose spouse or children are foreign citizens are ineligible for the post of president.

Suu Kyi, who was married to late British academic Michael Aris, has two children of British nationals. Some, including Suu Kyi, are of the opinion that the clause was inserted to prevent her from becoming president.

Suu Kyi and her party, the NLD, represent only about 6 percent in the 664-member parliament consisting of a 440-seat House of Representatives (Pyithu Hluttaw) and a 224-seat House of Nationalities (Amyotha Hluttaw).

The three branches of government—executive, legislature, and judiciary—are dominated by former military generals. The legislative branch, which is responsible for amending the constitution, is also dominated by members of the military-backed Union Solidarity and Development Party (USDP).

For a constitutional amendment to happen, there are two possible options, though with uncertainties. The first approach would be for Suu Kyi and her supporters to convince the USDP leaders and the military.

Suu Kyi has taken some steps which have even earned her criticism from rights groups and the country’s ethnic minorities. Her reticence on the Kachin conflict and the plight of Rohingya Muslims are examples.

Since she has transformed from a political prisoner and human rights advocate to a politician with a desire to become head of state, Suu Kyi is taking a pragmatic approach. She cannot remain critical toward the military which is in control of the government.

She often expressed her fondness toward the military and its institution by citing her late father General Aung San as the founder of the Burmese army.

She also has to please the majority electorates. In this ethno-religiously diverse country, the Bama or Burman group constitutes about 68 percent of the population. And about 89 percent of them embrace Buddhism. To win the majority seats in the parliament, Suu Kyi understands that she needs to pay attention to these voters.

In 2010 general elections, the NLD was disqualified and Suu Kyi was still placed under house arrest. After elections, a compromise was reached and the election law was modified to allow the re-registration of the defunct NLD, and for Suu Kyi to be able to run for April 2012 by-elections.

Suu Kyi is cautiously optimistic that she can convince the military-backed parliamentarians to amend the constitution in time for the election. Any constitutional amendment will need to be ratified in a referendum.

The present political environment is different from the past. Parliament speaker Shwe Mann, who was the third most powerful man under military rule, has openly expressed his desire to lead the country after the 2015 general elections.

Similarly, the incumbent President Thein Sein, who is widely praised by the international community for his leadership in implementing sweeping democratic reforms, has not ruled out the possibility of a second-term in office.

One other option is to pursue through the help of the international community. Since her years of house arrest, the Western democracies have stood by her, supported and listened closely to her opinions.

One important reason why the Western governments began to pursue engagement policy was due to Suu Kyi’s support. Suu Kyi may appeal to the Western powers, particularly the United States and the European Union, to push the Myanmar government to amend the constitution.

However, the influence of Western powers has become limited, especially after the lifting of sanctions and the resumption of investments in the country. The Western democracies now have minimal leverage to influence the Myanmar government.

The international community is now more concerned with political stability in the country where their interests can be protected. As long as there is no reversal from the ongoing democratic reforms, the Western powers are unlikely to interfere in the internal matters of the country’s politics.

Another possible option is power-sharing between the USDP and NLD in post 2015 elections, as a condition to amending the constitution. If such agreement can be reached, Suu Kyi can assume the chief executive position, and the legislative branch dominated by members of the USDP.

If such arrangement materializes, one negative consequence will be a weak opposition in the parliament. Weak opposition usually means weak democracy.

Under the present circumstances, unless the USDP and the military voluntarily pave the way, options are limited and it is difficult for Suu Kyi to become the President of the Union of Myanmar, despite many wanting to see her have the job.