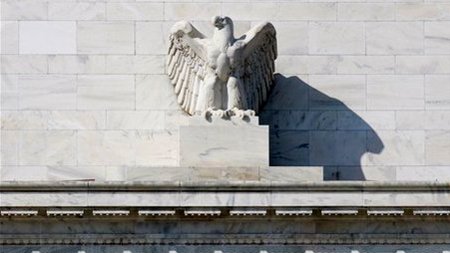 The Federal Reserve’s statement that it “currently anticipates that it would be appropriate to moderate the monthly pace of purchases [of bonds] later this year” depends on a very big “if.”  The ”if” is the correctness of the Fed’s forecast of moderate economic growth and employment gains.

The Fed has not stopped purchasing $85 billion of bonds each month. So nothing real has changed. Indeed, there was no new information in the Fed’s statement. It has been known for some time that, according to the Fed, its bond purchases will gradually cease.

In response to this old information, the stock and bond markets sold off in a major way on June 19-20. This market response to the Fed’s statement indicates that the Fed’s forecast is unlikely to come true. Low interest rates and a high stock market are totally dependent on the liquidity that the Fed is injecting by printing $1,000 billion per year. If this liquidity is not injected, what will sustain the markets? If the markets crash and interest rates rise, how can the Fed expect recovery?

Zero real interest rates mean that there are no risks.  But how can there be no risk in Treasury bonds when the debt is growing faster than the economy?

Normally, high stock values mean strong profits from strong consumer income growth and retail sales.  But we know that there is no growth in real median family income and real retail sales.

I suspect that the reason the Fed made the announcement, which seems to be derailing the Fed’s forecast of recovery on which the announcement depends, is to relieve pressure on the US dollar.  For several years the Fed has been printing 1,000 billion new dollars each year. There is no demand for these dollars. So far these dollars have inflated stock and bond prices instead of consumer prices. But the implication for the dollar’s price or exchange value in currency markets is clear. The supply is increasing faster than the demand. If the dollar falters, the Fed would lose control. Rising import prices would soon drive domestic inflation and interest rates far higher than the Fed’s targets.

Washington has succeeded in getting Japan and the EU to print yen and euros in order to eliminate the likelihood of flight to other large currency alternatives to the dollar. Smaller countries have also had to print in order to protect their export markets. With so many countries printing money, the Fed’s statement implying that the US might stop printing makes the dollar look good, and, indeed, the dollar rose on the currency exchange markets.

Having neutralized the alternative currency threat to the dollar, the Fed and its agents, the bullion banks, the banks too big to fail, are still at work against the gold and silver threats to the dollar. Massive short selling of gold began at the beginning of April. Again on June 20 massive shorts of gold were sold at a time of day chosen to maximize the price decline.  Only those who intend to drive down the price would sell in this way.

Since QE began, the Fed has deprived retirees of interest income and has forced retirees to spend down their capital in order to pay living expenses.  Judging from the initial market response, the Fed’s latest policy announcement is adversely impacting bond, stock and real estate investors, and the manipulation of the bullion markets continues to wreak destruction on wealth stored in the only known safe haven.

How can a recovery happen when the Fed is destroying wealth?

The Fed’s irrational behavior could be seen as rational if the assumption is that the Fed’s intent is not to save the economy but to save the banks.  As the Fed is committed to saving the banks “too big to fail,” it is likely that the banks know of the Fed’s announcements in advance. With inside information, the banks know precisely when to short the stock, bond, and bullion markets. The banks make billions from the inside information. The billions made help to restore the banks’ balance sheets.

Guy Lawson’s book, Octopus (2012), shows that front-running on the basis of inside information has always been the source of financial fortunes.  In order to save the banks, the Fed now supplies the inside information.

How is this going to play out?  I suspect that the recovery, although officially a weak one, does not really exist. However, thanks to statistical artifacts that understate inflation and unemployment and overstate GDP growth, the Fed and the markets think that a recovery of sorts is in process and that the unprecedented money printing by the Fed will succeed in shifting the economy into high gear.

No such thing is likely to happen. Instead, as 2013 progresses, a further downturn will become visible through the orchestrated statistics. This time the Fed will have to get the printed money past the banks and into the economy, and inflation will explode. The dollar will collapse, and import prices—as globalism has turned the US into an import-dependent economy—will turn high inflation into hyperinflation.  Disruptions in food and energy deliveries will become widespread, and a depreciated currency will cease to be used as a means of exchange.

I wouldn’t bet my life on this prediction, but I think it is as likely as the Fed’s prediction of a full recovery that allows the Fed to terminate its bond purchases and money printing by June 2014.

Americans, who have been on top of the world since the late 1940s, are not prepared for the adjustments that they are likely to have to make.  And neither is their government.