Sectarianism and the Irrational New Discourse: Why Arabs Must Worry 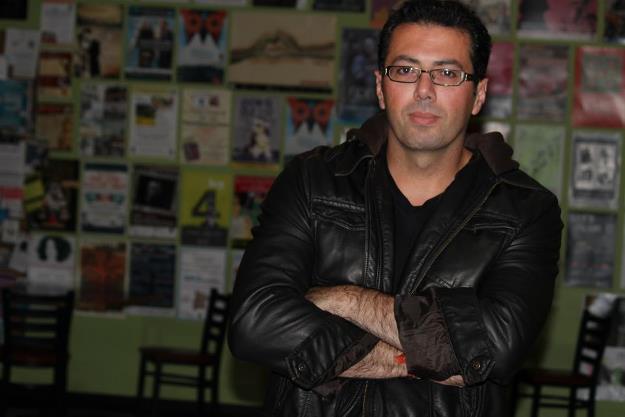 My friend Hanna is Syrian and also happens to be Christian. The latter fact was rarely of consequence, except whenever he wished to boast about the contributions of Arab Christians to Middle Eastern cultures. Of course, he is right. The modern Arab identity has been formulated through a fascinating mix of religions, sects and races. Christianity, as well as Islam, is deeply-rooted in many aspects of Arab life. Needless to say, the bond between Islam and Christianity is simply unbreakable.

“I am Christian, but, in terms of culture, I am equally a Muslim,” he told me by way of introduction to a daunting realization. “But now, I am very worried.”

Hanna’s list of worries is long. Lead amongst them is the fact that Christian Arabs in some Arab societies are increasingly viewed as ‘foreigners’ or ‘guests’ in their own countries. At times, as was the case in Iraq, they are punished by one extremist group or another for embracing the same religion that US-western zealots claim to represent. Churches were blown up in brutal retribution for a savage war that President George W. Bush and many of his ilk maintained to be between good and evil, using the most brazen religious references as they savaged Iraq, sparing neither Muslims nor Christians.

During the early years of the war, many Arab intellectuals seemed wary of the sinister divide that the US was erecting between religions, sects, and communities. Many in Arab media referenced past historical experiences when other imperial powers – namely Britain and France – resorted to the ‘divide and conquer’ stratagem. Those attempts in the first half of the 20th century resulted in much bloodshed and lasting scars in many communities. Lebanon is the obvious example with Iraq prevailing.

In response to the colonial attempts at busying the Arabs with internal conflicts, Arab nationalists had then wrangled with a discourse that proved of immense value to modern Arab identity. To escape the pitfalls of religious and sectarian divides, and to unleash the untapped energies of Arab societies, there was an urgent need to articulate a new language expressing a unifying pan-Arab political discourse. In post-World War II, the rise of Arab nationalism was the force to be contended with, from Egypt, to Iraq and to Syria. It was a battle of wills involving imperialist powers, later joined by the United States. It was also local, tribal elites fighting for their own survival. The nationalists’ discourse was meant to inspire, from Gamal Abdel Nasser’s thundering speeches in Egypt, to Michel Aflaq’s eloquent thoughts in Syria, Iraq and elsewhere. At least then, it seemed to matter little that Nasser was an Egyptian Sunni Muslim, and that Aflaq was a Greek Orthodox Christian.

Aflaq was profound, and his insistence on the vitality of the Muslim character to Arabs was a testament to a generation of nationalists that since then, has all but completely faded. He spoke of Arab unity, not as a distant dream, but a practical mechanism to snatch liberty from many sinister hands. “What liberty could be wider and greater than binding oneself to the renaissance of one’s nation and its revolution?” he said during a speech. “It is a new and strict liberty which stands against pressure and confusion. Dictatorship is a precarious, unsuitable and self-contradictory system which does not allow the consciousness of the people to grow.”

Many voices echoed that sentiment in Arab nations near and far. Poets recited the will of freedom fighters and artists rendered the language of philosophers. While Arab nationalist movements eventually fragmented, were weakened or defeated, an Arab identity survived. Long after Nasser died, and even Anwar Saddat signed the Camp David accords, thus breaking with Arab consensus, school children continued to sing “Arab homelands are my home, from the Levant to Baghdad, from Najd to Yemen and from Egypt to Morocco.”

The war over Arab identify however never ceased, as it continued to manifest itself in actual and figurative ways. Israel and western powers, vying for military dominance, regional influence and ultimately resources, did the best they could to shatter the few semblances that sustained a sense of unity among Arab nations that survived despite numerous and perhaps insurmountable odds.

The Lebanese civil war (1975-1990) left deep wounds that continue to fester. The Iraq war was particularly painful. While Lebanon civil strife involved well-demarcated sects, the alliances were in constant influx. But Iraq’s civil war, encouraged and sustained with direct American involvement to weaken Iraqi resistance to US-British occupation, was well-defined and brutal. Muslim Shia and Sunni engaged in a bitter struggle as US troops wreaked havoc in Baghdad. Members of all sects paid a heavy price for the fighting, which also damaged the national identity of Iraq and made a mockery of its flag and national anthem. The sociopolitical impact of that war was so severe, it resuscitated a reactionary discourse that forced many communities to see themselves as members of one group or another, each fighting for its own being.

Soon after the Egyptian revolution, I walked the streets of Cairo, reminiscing, with much giddiness, about the past and the encouraging future. A ‘new Egypt’ was being born, one with ample room for all of its children. An Egypt where the poor are giving their fair share, and where Muslims and Christians and the rest would march forward, hand in hand, as equals, compelled by the vision of a new generation and the hopes and dreams of many more. It was not a romantic idea, but thoughts inspired by millions of Egyptians, by bearded Muslim men protecting churches in Cairo against government plots to stir religious tensions, by Christian youth guarding the Tahrir square as Muslim youth prayed, before they all resumed their fight for freedom.

Despite my insistence on optimism, I find the current political discourse hateful, polarizing and unprecedentedly defeatist. While Muslim political elites are sharply divided between Shia and Sunni, assigning layers of meaning to the fact that one is born this way or that, this wrangling has been weaved into a power play that has destroyed Syria, awakened past animosities in Lebanon and revitalized existing conflict in Iraq, further devastating the very Arab identity.

Iraq’s historical dilemma, exploited by the US for immediate gains, has now become a pan-Arab dilemma. Arab and Middle Eastern media is fomenting that conflict using terminology loaded with sectarianism and obsessed with erecting the kind of divides that will bring nothing but mistrust, misery and war.

Resurrecting Nasser’s and Aflaq’s Arab nationalism might no longer be possible, but there is a compelling need for an alternative discourse to the type of intellectual extremism that justifies with disturbing lucidity the butchering of the inhabitants of an entire village in Syria because of their sect or religion. My friend Hanna has every reason to worry, as all Arabs should.