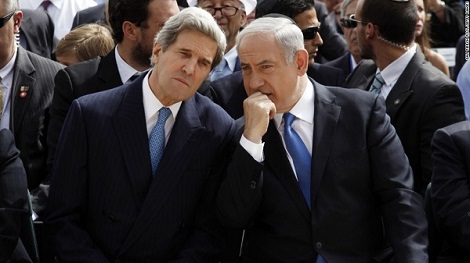 From many sources, there is a widespread effort to resume a peace process that has in the past led to failure, frustration, and anger, and often to renewed violence. The newly appointed American Secretary of State, John Kerry, is about to make his fifth trip to Israel since the beginning of 2013, insisting that the two sides try once more to seek peace, and warning if this doesn’t happen very soon, the prospects for an agreed upon solution will be postponed not for just a year or two, but for decades. Kerry says if this current effort does not succeed, he will turn his attention elsewhere, and that the United States will make no further effort.

So far, aside from logging the air miles, Kerry seems perversely to be responsive to Tel Aviv’s demands for land swaps to allow settlement blocs to be incorporated into Israel and to promote further Palestinian concessions in relation to security arrangements, and totally unresponsive to Ramallah’s demands for some tangible signs from the Israeli government that resumed negotiations will not be another slammed door. In this vein, Kerry’s most ardent recent plea was at the Global Forum, an annual event organized under the auspices of the American Jewish Committee. Kerry told this audience that they possessed the influence to make the peace talks happen.

Somewhat surprisingly, even Marwan Barghouti, writing from prison, has seemingly endorsed this Washington activism, and seemed to go further, calling upon the United States Government to use its leverage with Israel to resolve the conflict in a manner that recognizes Palestinian rights, and at the same time serves the broader American interest of stability in the Middle East. If Barghouti’s response to written questions submitted by Adnan Abu Amer of Al-Monitor, and published on May 28, 2013, is read carefully, it reinforces an extremely pessimistic assessment of current prospects for peace.

Barghouti is urging the U.S. Government that it must make a 180 degree turn away from its posture of unconditional support for Israel if it wants to be credible with Palestinians in the search for a solution to the conflict that accords with natural justice. The United States would need, above all, to insist that Palestine becomes a fully sovereign state within the 1967 borders, have East Jerusalem as its capital, while supporting the full implementation of UN Resolution 194 that affirms the right of return of Palestinian refugees, and the removal of the settlements without noting any exceptions.

These are all reasonable positions to take, each in furtherance of the relevant standards of international law. Yet it must be observed, and I am sure this is not news to Mr. Barghouti, Palestinian reasonableness in the context of the Israel/Palestine struggle means choosing not to be politically relevant.

It is from precisely this perspective that Barghouti words should be carefully and respectfully pondered. He calls the two-state solution “the only possible solution” and adds that it “must not be abandoned.” It is a vision of a two-state solution that comes superficially close to what the Israeli peace activist, Uri Avnery, advocates, but seems light years away from the kind of ‘solution’ that Israel might consider or Kerry advocate.

In other words, there are two radically different two-state solutions that are often not being carefully distinguished: what might be called ‘the American conception,’ originally detailed in Barack Obama’s May 21, 2011 speech delivered at the U.S. State Department, which at the time of its utterance seemed to look toward Israel’s withdrawal to 1967 borders, with minor border adjustments, but included a general acceptance of Israel’s refusal to implement the Palestinian right of return behind the green line and its expectation that the main settlements would be incorporated into Israel sovereign territory.

As so often has happened during the Obama presidency, what seemed initially forthcoming was soon altered by backpedaling in a manner that has severely damaged American credibility as a fair-minded third party. The U.S. Government in this instance has gradually come to acquiesce in, even if does not openly avow, these Israel’s unyielding demands, which makes Washington approach to the idea of two states for two peoples radically different than the Barghouti/Avnery conception of Palestinian statehood and self-determination.

This latter conception is premised on the establishment of a genuinely sovereign and independent Palestine with East Jerusalem as its capital, and a genuine equality of the two states on matters bearing on security, resources, and refugee identity. There are, to be sure, important differences between Barghouti and Avnery with respect to the right of return, with Avnery opting for a more territorial view of the conflict consistent with the more moderate and humane Zionist views about limiting rights of Palestinian refugees and of the second-class status of the Palestinian minority living in Israel, but still rather far from the Barghouti position on these crucial matters so often ignored by the Western media.

In the background is the persisting unwillingness of the Netanyahu government, despite the overall backing it receives from Washington, to make Kerry’s life easier by undertaking some obvious confidence-building gestures: a settlement freeze and the release of some Palestinian political prisoners. Netanyahu insists on no preconditions for resumed negotiations, which means no letup in settlement expansion, no lifting of the Gaza blockade, and the continuing abusive treatment of the West Bank population.

Kerry was probably hoping that his remarks at the AJC event would generate some pressure on Netanyahu to be somewhat more forthcoming. It is clear that if the Palestinian Authority is to enter direct negotiations while settlement expansion continued unchecked, it would likely be extremely detrimental to the claims of Mahmoud Abbas to be the sole legitimate voice of the Palestinian people, a view that Barghouti rejects despite his Fatah affiliation.

If Netanyahu was more adroit, he could yield on these confidence-building prerequisites, and put Abbas in a bind. What has the Palestinian Authority to gain by entering into negotiations with an unabashedly expansionist and settler oriented Israeli government? Perhaps, it would win momentary favor in Washington. But for what benefit in relation to the struggle of the Palestinian people for a just solution?

There are no signs whatsoever that Israel would even consider an outcome for negotiations that remotely resembled the Barghouti/Avnery two-state conception even if their differences are set aside for the moment. What would likely happen is that the negotiations would breakdown, as in the past, with the Palestinians receiving the lion’s share of the blame.

Israel has much more spin control in the world media, especially if its narrative is backed by the United States, as has been the case in the past and would almost certainly be in the future. The likely hasbara assault would put the Palestinians in the position of once more being seen as rejecting what would be put forward to the world as generous Israeli proposals for a two-state solution that if looked at closely offered a statelet instead of a state, and even then subject to a humiliating and intrusive Israeli regime of control, all in the name of security, which should recall the disingenuous Israeli claim that its ‘disengagement’ from Gaza in 2005 put an end to the ‘occupation’ of the Gaza Strip.

Barghouti’s distance from what Kerry is trying to broker was also underscored by his expression of anger directed at the recent acceptance by the Arab League of modifications of its 2002 Arab Peace Initiative made in response to pressures exerted by Kerry. Barghouti’s comment on this aspect of Kerry’s diplomacy is worth reproducing: “The Arab Peace Initiative is the lowest the Arabs have gone in terms of a historical settlement with Israel. The statements of the Arab ministerial delegation to Washington in regards to amending the 1967 borders and accepting the land-swap inflict great damage on the Arab stance and Palestinian rights, and stimulate the appetite of Israel for more concessions. No one is entitled to amend borders or swap land; the Palestinian people insist on Israel’s full withdrawal to the 1967 borders, in addition to removing the settlements.” In effect, what Kerry put forward as a diplomatic coup, Barghouti denounced as an Arab betrayal. It all goes to show that there are many contradictory understandings cohabiting within the two-state tent.

In this spirit of defiant nationalism, Barghouti also affirms that a right of resistance belongs to the Palestinian people, but its exercise should be sensitive to the limits of international law—“The tortured and oppressed Palestinian people have the right to defend themselves by all means approved by the UN Charter and international law. Total resistance is the most effective.”

Barghouti in his responses strongly stresses the importance of moving to fulfill the tentative agreement between Fatah and Hamas to achieve Palestinian unity, while restating his awareness that resolving the refugee issue is central to a just solution while reaffirming his faith in an eventual Palestinian victory.

Both Kerry and Barghouti reject a one-state solution as not of any political interest, unfortunately leaving the peace process where it currently belongs—in an undurable limbo of indefinite extension. Netanyahu and Kerry have a Plan B that might really be their Plan A. It involves what Netanyahu shamelessly calls an ‘economic peace,’ a persistence of the occupation and status quo, but in a manner that makes life materially somewhat better for West Bank Palestinians (Gazans are nowhere to be found on this most dubious ‘map of conscience.’).

It cannot be a coincidence that at this time Kerry is peddling a scheme to induce $4 billion of investment in the West Bank, presumably to convert the occupation and Palestinian statelessness into a new kind of ‘golden arch.’ The moment may have arrived to chase the moneychangers from the temple!

In pondering this dismal landscape of peace talk without peace, one wonders what became of ‘the roadmap’ and ‘the Quartet.’ It may be a small blessing that their irrelevance is being tacitly acknowledged. These creations never seemed more than a thin and deceitful veil thrown over a one-sided American control over Israel/Palestine diplomacy. [For compelling documentation see Rashid Khalidi’s Broker of Deceit (2013)]

In this sense the boldness of Kerry’s statecraft and Barghouti’s implicit recognition that the peace ball is in America’s court at least moves in the direction of ‘eyes wide open.’ For Kerry this means another set of grand gestures; for Netanyahu it means remaining immobile in the comfort zone created by the Palestinian shift away from the tactics of violent resistance;  for Barghouti it means a call for resistance, a plea for  more  solidarity, and a kind of longing for an Israeli, or even an American, France’s DeGaulle or South Africa’s De Klerk who both dramatically ruptured prior expectations by replacing confrontation with accommodation.

Until something as drastic as this occurs, although not necessarily the work of a charismatic counter-hero, we need at least to have the honesty to admit that the end of the tunnel is dark except for occasional flickers of light. I discern such a flicker in the undertakings of those engaged in a legitimacy war against Israel, step by step gaining the high moral and legal ground, which may soon uncover political tipping points that will abruptly alter the relations of forces in support of Palestinian justice claims. The Palestinian Legitimacy War combines Palestinian resistance with a global solidarity campaign that is being waged on a global battlefield.