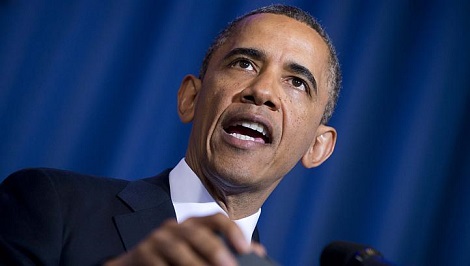 That President Obama chose on 23 May to unveil his second term cautionary approach to counter-terrorism at the National Defense University epitomized the ambiguity of the occasion. The choice of venue was itself a virtual guarantee that nothing would be said or done on that occasion that challenges in any fundamental way the global projection of American military power.

Obama’s skillfully phrased speech was about refining technique in foreign policy, achieving greater efficiency in killing, interrogating the post-9/11 war mentality, and all the while extolling the self-mystifying glories of American exceptionalism. That is, only the United States, and perhaps Israel and NATO, possessed an entitlement to use force at times and places of the actor’s choosing without consulting the UN, respecting the constraints of international law, and heeding the admonition in the Declaration of Independence to show “a decent respect for the opinions of mankind.”

Such exceptionalism, especially as enacted by recourse to aggressive wars, invites resistance, polarizes political struggle, and defeats any hope that stability will be achieved by the gradual realization of global justice rather than through the crude tactics of hard power diplomacy and militarism.

There were several points of light in the otherwise dark Obama firmament. Perhaps the most promising aspect of Obama’s presentation was its carefully hedged call for reexamining the still prevailing response to the 9/11 attacks as  ‘perpetual war.’ From the outset this cautious, yet welcome, questioning represented an ironic inversion of Kant’s prescriptions for perpetual peace.

In Obama’s words, “a perpetual war—through drones or troop deployments—will prove self-defeating and alter our country in troubling ways.” Depending on how we read world history since 1939, it can be understood as an era of perpetual war with a brief intermission between the end of the Cold War and the 9/11 attacks.

Certainly, during the course of this period the United States has been continuously mobilized to engage in major war on a moment’s notice, and that this posture has definitely militarizes state/society relations in the country. There was nothing in Obama’s speech to draw attention to the perils posed by such a militarized state, having achieved global military dominance, and creating a domestic ‘miliary-industrial complex’ that would make even Dwight Eisenhower tremble with fear. There were no benchmarks that would allow the Congress or the citizenry to appreciate that it was time to bring the war on terror to an end.

Obama also appeared to question the open-endedness of the 2001 unlimited legislative mandate to use force overseas without including any requirement of a specific prior procedure of Congressional approval in Authorization to Use Military Force Act (AUMF). In Obama’s words, “Our systematic effort to dismantle terrorist organizations must continue, but all wars, must end. That’s what history advises. That’s what our democracy demands.” At the same time, Obama avoided directly challenging this AUMF legislation enacted to give the government precisely the legal authority to use force anywhere and at any time to wage war against supposed terrorist adversaries and their governmental guardians.

Such authority can be validly used even where there is no terrorist threat, as was the case for Iraq when it was invaded and occupied in 2003.  At this point, Obama was asking Congress “to determine how we can continue to fight terrorists without keeping America on a perpetual war-time footing.” He went on to say that what is needed is “to refine, and ultimately repeal, the AUMF mandate.” Whenever politicians qualify a recommendation with such words as ‘refine’ and ‘ultimately,’ it is an almost sure sign that an end game is not envisioned, and may not even be intended.

What Obama made evident is that although he had the right instincts with respecting to changing course with respect to the war on terror, his political will to support any altered course of action was far too weak to produce action, or maybe even too feeble to generate a needed debate on security for the country and the world, given the realities of mid-2013.

Obama seems to be comfortable with framing counter-terrorist security policy as war so long as it is moving toward an understanding that war on terror will become more limited in scope at some point, and that at least there will be announced an intention to declare that the war on terror is over.  Obama did not have the resolve to insist that incidents of terrorism should be hereafter handled as criminal acts, which is what happens in the rest of the world—this would certainly have been a major step back from the fire, and might even deserved to be treated as extinguish the fire set for the world on 12 September 2001.

The nature of the Boston Marathon murders might have been just the right occasion to make the change, emphasizing the degree to which the major danger was being posed by extremists living within the country. It was no longer necessary to treat the world as a counter-terrorist battlefield.

There is admittedly a genuine security challenge that was posed on 9/11: the United States is vulnerable to well-planned terrorist attacks on the many soft targets of a complex modern society. And although other countries are also subject to major attacks, as was Madrid train bombings in 2004 and the London attacks in 2007, no country is as likely to arouse extremist anger and resentment due to its global projection of hard power as is the United States, and no country is as fearful, despite its military dominance as measured by realist calculations, as is the United States.

Such a mismatch suggests that the American global role requires adjustment to the logic of self-determination in the post-colonial world, that the protection of the last remnants of the colonial edifice is a losing effort, and a dangerous one.

To be sure, there was in Obama’s speech many rhetorical flourishes that were probably designed to please liberal critics of drone warfare and Guantanamo, the two most awkward features of his presidency.  Such rhetoric invited a comparison with the far more bellicose and imperial language relied upon by George W Bush, but Obama’s approach was in a form that was sufficiently nationalistic to take account of the sensitivities of the right wing jackals that give him little or no slack.

Obama voiced his commitments to fight political extremists wherever they are found, while abiding by law, living up to ethical standards, and upholding the Constitution.  He contended that his presidency “has worked vigorously to establish a framework that governs our use of force against terrorists—insisting upon clear guidelines, oversight and accountability that is now codified in Presidential Policy Guidance that I signed yesterday,” a boast bound to raise more than a few skeptical eyebrows.

Obama also did acknowledge that “this new technology raises profound questions—about who is targeted, and why; about civilian casualties, and the risk of creating new enemies; about the legality of such strikes under U.S. and international law; about accountability and morality.” At the same time, this welcome willingness to suggest the need for some comprehensive rethinking was confusing, hedged by claims that all that has been done up to now has worked and that the drone war, despite a few mistakes, has at all stages been consistent with the international laws of war, the Constitution, and international morality.

It is notable that Obama refers to ‘profound questions’ that deserve to be asked and answered, but craftily refrains from answering them himself, just as he was relatively polite to Medea Benjamin, when she interrupted his talk from the floor with a direct challenge to use his authority as Commander-in Chief to close Guantanamo, which he responded to by saying that she deserved an attentive audience, although he was in substantial disagreement with what she was proposing, but without saying why and how.