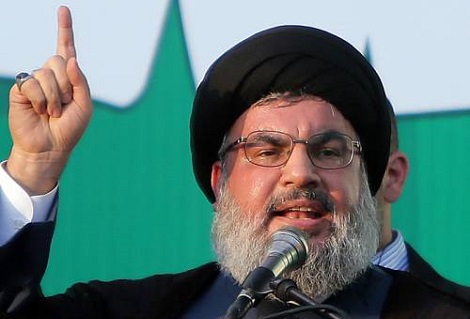 This is the only befitting adjective that can describe the heinous Grad rocket attacks a few days ago on Southern Beirut and which included the Hezbollah-sympathetic neighborhood of Shiyah, injuring several civilians as well as causing material damage to both a church and a car dealership.

The indiscriminate firing of these crude projectiles, reportedly from the non-descript foothills of the Druze mountains located south east of the Lebanese capital, could only have one sinister aim in mind: spilling over Syria’s dirty civil war onto the streets of Beirut as a spiteful ruse to deflect evident losses on the part of Jihadist mercenaries in Qusayr, the main suspects.

Only hours earlier, Hezbollah’s leader, Sheikh Syed Hassan Nasrallah, delivered a much-energized speech where he justified the Islamic movements involvement in the concurrent Qusayr battles as well as promising ‘victory’ to his legions of supporters—something which already appears to have been fulfilled considering the latest reports trickling out from the battlefield

And it doesn’t take much persuasion to conclude that the timing of the rockets attacks were meant to coincide with an impending defeat.

But as audacious as the unprecedented attacks were, and despite Hezbollah referring the matter, for now, to the Lebanese security services to investigate; the morbid world that is Takfiri-Jihadism may trigger a much sterner deterrent-response on the part of Hezbollah should there be a repeat of the events in the near future.

This is because the Jihadist-driven mercenaries seem to have calculated that they’ve nothing to lose by avenging their losses in Qusayr by hitting Hezbollah’s epicenter, the southern suburbs of Beirut, on the premise that for fear of stoking a sectarian conflict at home—­ Hezbollah is likely to remain largely ‘passive’ in responding to their attacks.

Yet such an equation will not only fuel an already highly sectarianized nation down the road of a new civil war, but could also damage the movement’s credibility as Lebanon’s national resistance.

But how is Hezbollah likely to respond to this new menace that is faceless in Lebanon and undoubtedly teetering in Syria?

Depending on when and where it deems a forceful response an absolute necessity, Hezbollah might consider itself rendered to pursue those that financially and militarily support the campaign of these mercenaries and other rebel opposition movements from within Lebanon.

This could potentially mean dealing with a litany of Lebanese individuals, some openly, who support the rebels with a range of material and other mechanisms

It could also extend, in a worst-case scenario, to foreign governments whose monetary contributions are seen as directly linked to perpetuating the likelihood of further rocket and other attacks on Hezbollah interests in Lebanon.

Hezbollah certainly has a bloody history of avenging the killing of its members and supporters.

Alternatively, it could increase its involvement as a supplement to the Syrian armed forces in fighting the Jihadists and their ilk in the parts of Northern Syria they control—as a means to deny them an unfettered base from which to plan and commit further atrocities like the ones seen the other day.

Yet both routes could come with potentially deadly consequences and place the movement at an insurmountable disadvantage.

Openly going after mainly Sunni individuals and organizations on Lebanese territory might play directly into the hands of the jihadists, who desire nothing more than their fellow Sunni co-religionists taking up arms and fighting what they see as an Iranian campaign to deny them their perverted ambitions in the Syrian republic.

And with Lebanon’s second largest city, Tripoli, already in the midst of politically motivated sectarian strife, a metastasis of this in Beirut may descend the fragile nation into cataclysmic scenarios.

Further involvement in Syria, aside from the likeliness of increased and possibly even overt foreign involvement, could in more strategic terms stretch the movement’s wider fighting capacity with its arch-nemesis Israel—who would be delighted to see the Arab world’s most effective fighting machine tamed to the point of impotence as far as its military capacity is concerned.

It’s not hard to gauge that Hezbollah’s political and military bureaus must be in a cost-benefit and game-strategizing overload right now.

This would inevitably mean working round-the-clock in sizing up the new situation, taking into account all the variables, evaluating the probable rewards of responding over the risk of doing nothing—all in order to sketch and implement the most appropriate response.

But not even their most ardent of enemies would bet that Hezbollah would be brought to a standstill in the face of continued provocations.

This was certainly made clear by one of its most notable parliamentary members, Ali Fadlallah, who was firm and resolute in his response to the rocket attacks by orating that “the resistance…will confront any attack against it from whatever side or place it comes from”.

His comments are really a reflection of the core ideals of his movement, that what it calls its “resistance” will in fact be reflected in its behavior and not people, in the execution of its ideas and not in any concessions.

In other words, and unlike its allied Syrian regime which often bloviates about responding to external attacks on it, Hezbollah can and will deal a blow to those which use complex and unprecedented measures to hurt it.

The movement appears to be in no mood for negotiating a peaceful resolution to what it sees as the assortment of Takfiri-Jihadist crimes in Syria’s Qusayr.

Neither does it appear to have been fooled by Free Syrian Army (FSA) condemnation of the latest attacks, probably interpreting their response as a tongue-in-cheek ploy to hide their hand-in-glove relationship with their extremist counterparts.

Hezbollah is certainly in a dangerous situation.

The Takfiri-Jihadists have much more than a cantankerous reputation. Their recruits are now synonymous with carrying out some of the most emetic and nauseating of atrocities witnessed in the Syrian civil war, the latest of which saw a dead soldiers heart being cut-out and eaten in broad daylight—all available for viewing on television screens.

Whatever its response is, to what is likely to be further rocket attacks on its constituent areas in Lebanon, it must weigh carefully the desire to keep the Lebanese state at relative peace and co-existence with the reality that its new-found enemies have a tendency to break any boundary in the pursuit of their fanatical desires.