As scandals deepen, Obama, his party, and Republicans will militarily intervene in Syria 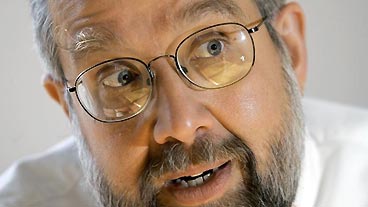 As three administration-wrecking scandals — Benghazi, the IRS, and the AP phone records — continue to unfold, it will become increasingly clear that President Obama is: (a) stupid; (b) unable to control his felonious subordinates; or (c) a liar and a trimmer. And as this clarity evolves, Obama will engineer a U.S.-NATO military intervention in Syria. This week Obama told the press his administration has fairly solid evidence that chemical weapons were used by Damascus against al-Qaeda and its allies. Obama also said he still wants more and better evidence that Assad used the weapons. This long has been his standard line. 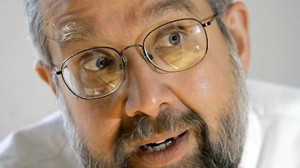 But then, before closing his remarks, Obama lapsed into his patented weeping-for-humanity mode, saying in an almost off-hand manner enough thousands of Syrians had been killed in the civil war to justify intervention by that American-killing and nation-bankrupting fiction of our bipartisan governing elite’s imagination, the “U.S.-led International Community.” In other words, our beleaguered president already is looking to distract Americans from his administration’s rampant felonies, and what better way to quiet the hounds of just retribution than by consigning U.S. soldiers and Marines to death in a useless intervention in Syria, a place where no genuine U.S. national interest is at stake. One straw in the wind: Friday’s news brought word of Obama’s talking-points-changing, intelligence-leaking lickspittle of a CIA Director, John Brennan, sneaking into Israel to “discuss Syria.”

Odds are that we are going to see the same old story: Obama will intervene militarily in Syria, get Americans worried about the safety of their soldier-children, stoke their patriotism and fierce support for the troops, and — voila — the Obama-butt-kissing media will refocus the victims of the Obama-ites’ domestic felonies on an unnecessary war in the Levant.

The saddest part of the foregoing scenario is that it probably will work. Obama artfully masks his casual willingness to get Americans killed — seen in his zeal for abortion; keeping troops in Afghanistan to die (6 more on 16 May 2013) long after conceding defeat there; and refusing to try to save soon-to-be-dead Americans in Benghazi — with a maudlin “deep concern” for people suffering abroad, in this case in Syria. Obama’s faux concern for those suffering overseas is just another indelible sign of his and his party’s absolute disdain for the needs of everyday Americans. Under Obama’s two secretaries of state — Clinton and Kerry — the United States have dispersed more than $500 million to strengthen the “Syrian Resistance”; which is to say, to strengthen al-Qaeda and its allies. Both secretaries and their master have deceitfully described the aid as “humanitarian,” but as always this funding is military in every way because it frees up the Islamists’ other funds to be spent for weapons.

With Democrats ever ready to leave Americans to fend for themselves, Obama’s diversionary campaign — obscure impeachable offenses by launching an unnecessary war — will be abetted by Senators McCain, Graham, Lieberman, and dozens of other U.S. Senators and Congressmen intent on war with Syria. Obama will use these useful idiots to convince the American people of three bipartisan lies: that (a) genuine U.S. interests are at risk in Syria; (b) Americans “owe” the Syrian people U.S. dollars and blood to stop their suffering in a war they started; and that (c) Americans “must” expend their dollars and kids to staunch the anarchy spreading in the Levant in order to protect our “loyal and indispensable ally Israel.” Most of the media — left and right — will concur in and support this self-defeating nonsense and, once again, we will all go off intervening in a Muslim country where we have nothing at risk, thereby prolonging our already losing war with Islam and motivating more U.S. Muslims to stage attacks like April’s in Boston.

Will Americans ever see the plain fact that they are being played for fools? If every Syrian dies tomorrow — along with every Palestinian, Israeli, Saudi, etc. — it matters not a lick to the way we live and conduct ourselves in North America. Is it too bad and very sad that they die? You bet, but it is neither our fault they are fighting nor our responsibility to stop their wars; say a prayer for them, but know their deaths are of their own making and no skin of an American’s nose.

And if some self-righteous Americans want to help these folks, let them open their individual wallets and donate; or let them light candles, pile up bouquets, weep, hold hands, and sing for peace; or, better yet, let them renounce their U.S. citizenship and go abroad to fight alongside those in the countries they love better than their own. In fact, it seems only right that some leaders of the anti-U.S., pro-Israel movement — perhaps people like Limbaugh, Lieberman, Levin, McCain, Hannity, and Graham — set the example for others of their ilk. These fearsome tough guys could buy airline tickets to the Levant; turn in their U.S. passport and acquire — at long last — the passport from their country of first allegiance (if they do not have it already); and then go off to the war they have tried so hard to start from their out-of-harm’s-way safety in North America. I would like to be helpful here and would willingly contribute to a fund to buy Rush, Joe, Mark, John, Sean, Lindsey and all others of their interventionist, anti-U.S., and Israel-First orientation an AK-47 and a thousand rounds of ammunition. Each of these folks could claim their arms as soon as they renounce their citizenship and turn in their U.S. passport. America would be far better off without them.

Sound harsh? Well, think for a moment of the cruel and cynical madness of a situation that finds Americans in New Jersey and New York still flat on their backs from Hurricane Sandy while both U.S. political parties are dumping a half-billion dollars into the hands of al-Qaeda-ism in Syria. And think of the billions going to Turkey, Egypt, and Israel, while America’s infrastructure continues to rot; millions of our kids are undernourished; our borders remain undefended; and thousands of wounded and crippled U.S. military veterans must depend on public charity to assist their recovery. And think of all the money and military lives we have and will waste making Muslim enemies overseas by intervening at bayonet point to promote education, women’s rights, irreligion, and the spread of secular democracy.

It seems likely that today’s preeminent Democratic and Republican foreign-policy motto –“Give and pander to foreigners and to hell with the real interests and welfare of America and Americans” — is not one the Founders had in mind when they created America. Indeed, if the Founders could hear it now, they would have yet another reason to thank Providence for their decision to include the 2nd Amendment in the Bill of Rights.