You Are The Hope 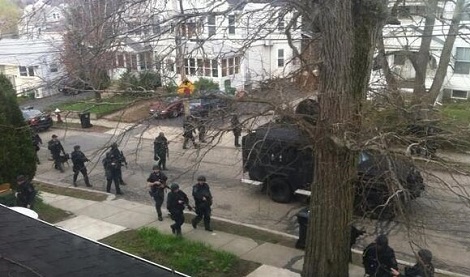 If there is hope, dear readers, you are it.

You are motivated to find truth.

You can think outside the box. You can see through propaganda.

You are the remnant with the common sense that once was a common American virtue. You come to this site, because you get explanations that are not agenda-driven, that are not BS, that are not right-wing or left-wing, conservative or liberal, Republican or Democrat. You get explanations based on my lifetime of unique education and experience. Some of you are young enough to be equipped with the energy and courage to organize whatever resistance there may be to the Gestapo State that is descending on the United States of America.

Until the George W. Bush Regime, I never thought that it could happen here. I could not imagine law professors and Department of Justice (sic) officials writing legal memos justifying, in the name of a hyped “war on terror,” the termination of civil rights for United States Citizens. We were the land of the free. The Constitution was our bedrock. Yet, the Constitution and Bill of Rights were easily taken away from the inattentive American people.

The Constitution did not protect native inhabitants and slaves who were not considered part of the American population, but the universal suppression in the US of non-whites’ rights produced in the end the civil rights movement that brought moral awareness of the wrongs and successfully hitched its cause to the founding documents of the country.

Where today is moral awareness as Washington bombs civilian populations around the globe? Where is the moral conscience of the civil rights movement as the First Black President, the first member of the oppressed class to sit in the Oval Office, validates the Bush Regime’s assertion of the right of the unaccountable executive to ignore habeas corpus and due process? Not satisfied with this crime, Obama asserted the right of the executive branch to murder any citizen suspected, without proof being offered to a court, of undefined “support of terrorism.” Today all Americans have fewer rights than blacks had prior to the Civil Rights Act.

Anything, including a column critical of war and the police state, can be declared to be “in support of terrorism.” As the tyrant Bush put it: “You are with us, or you are against us.”

The print and TV media and many Internet sites got the message: Serve Washington’s agenda, and will you will prosper. Advertisers and the CIA will pump money into your coffers. Challenge us and you will be demonized and could face a military tribunal, indefinite detention, or assassination. Bradley Manning and Julian Assange are being persecuted for telling the truth.

So far, Washington has convinced the public that Washington’s terror is mainly limited to Muslims, who are obligingly demonized by print, TV, and much of the Internet media. However, if Muslim American citizens lack civil liberty, so do all other American citizens. Those who are safe are those who ally with the tyrant and remain subservient.

To ally with the tyrant, a United States citizen must have no moral conscience, no sense of justice, no compassion for the innocent and dispossessed. These are the worst kind of Americans; yet, they are the only ones who can succeed in the present environment.

Every time I write a column that is the truth or the truth as I am able to discover it, instead of hawking the propaganda line, I move up on the list of those who are persona non grata in the Empire.

A writer can find himself demonized and declared a kook simply by reporting findings from distinguished scientists, high-rise architects, structural engineers, first responders, and an international collection of high government officials. Not too long ago, a writer or reporter for the Huffington Post discovered to his surprise that Pat Buchanan and I disagreed with all the wars that had been launched to protect us from terrorism. He asked me for an interview, and I agreed.

An hour or so after the interview was posted on the Huffington Post, I received an emergency call or email. He had been criticized for interviewing me, “for giving you a forum when you are a 9/11 skeptic.” He was unsure that it was possible for a Reagan presidential appointee to be a 9/11 skeptic and asked if I was.

I replied that I had reported the findings of scientists, architects, engineers, and the public testimony of first responders, because I thought these were qualified people whose opinions at least ranked equally with the politicians on the 9/11 Commission and the talking heads on Fox “News” and CNN, none of whom could pass a high school test in the laws of physics, much less high-rise architecture and structural engineering.

The Huffington Post writer panicked. Instead of taking down the interview, he felt impelled to assure readers and his boss that he had been deceived. He wrote at the beginning and ending of the interview that he did not know he was interviewing someone about the Iraq War who had given ink to those conspiracy theorists who raised questions about the truthfulness of the US government. He wrote that my views on the wars should be disregarded, because I wrote that scientists, architects, engineers, and first responders provided evidence contrary to the government’s claims.

And there you have it.

I can remember when I was a Wall Street Journal editor and columnist, a Business Week columnist, a Scripps Howard News Service columnist and appeared regularly in the major mainstream print media and even from time to time on TV talking head programs. Today, the editor or producer who gave me a forum would be fired instantly, and they all know it.

It is discouraging that after so many transparent lies and orchestrations–weapons of mass destruction, al-Qaeda connections, Iranian nukes–the majority of Americans still believe the government. Americans are even buying into the line that Syria is ruled by a brutal dictator whose overthrow justifies Washington’s alliance with its 9/11 enemy, al-Qaeda, in order to overthrow a secular ruler who constrains al-Qaeda.

Washington has come full circle. Its enemy is now its ally. Washington wasted trillions of dollars and countless lives in eleven years of war and constructed a domestic police state all in order to combat al Qaeda with whom Washington is now allied against the Syrian government.

The public’s response to the Boston Marathon Bombing is even more discouraging. Not even King George and his Redcoats could achieve what Homeland Security just pulled off–locking down 100 square miles of Boston and its suburbs with heavily armed troops tramping through citizens’ homes barking harsh orders, all justified by a hunt for one 19-year old suspect. It was the Third Reich’s Gestapo in operation right here in “freedom and democracy” America. Ron Paul is correct that the suspension of civil liberty is a greater threat than the bombing. Note the government’s euphemism for martial law–“shelter-in-place.”

Two brothers have been convicted in the media and by the Obama Regime, including the president’s own words, of a bombing without the public ever being presented with any evidence except anonymous unattributed reports and a film of the alleged brothers walking with backpacks, which were ubiquitous.

I am old enough to remember when it was impermissible for government and media to convict a person prior to the jury’s verdict. Americans once lived in a free country governed by the rule of law in which a person was innocent until proven guilty.

What was the reason or evidence for naming the brothers suspects? Was any reason given, or was the film of the two walking with backpacks simply shown over and over, hour after hour, day after day, with the media reporting that these are the suspects. In other words, was it beat into your brain that they were suspects because there they are in the film? If not, why was the same film shown repeatedly? Fox “News” was still showing the film on April 26, eleven days after the bombing and might still be showing it. Did you experience: “Here are the suspects. See them. They have backpacks. See. We know that they are suspects, because, see, there they are.”

When is the last time the media investigated anything? A good candidate for investigation is the post-bombing rampage the brothers allegedly went on, robbing a 7/11 store (later contradicted by local police), killing a campus policeman, shooting a transit cop, high-jacking a SUV and releasing the owner.

Why would terrorists seeking to escape in order to strike again call attention to themselves in such outlandish ways and release a car-jacked owner to alert the police of the tag number? If the brothers were willing to kill police with gunfire and innocents with bombs, why release the guy whose vehicle they stole so he could inform the police of the license plate and make the brothers’ capture easier? What is the evidence, other than “reports from authorities,” that these events occurred or had any more connection to the brothers than the falsely reported 7/11 robbery that local police disavowed? Why does the US media simply accept whatever government authorities say?

Where is the evidence of a first shoot-out and a second shoot-out? The second shoot-out consisted of the authorities bombarding a motionless youth bleeding from wounds in a boat with multiple volleys of stun grenades and then multiple gunshots. The unconscious 19 year old was unarmed and unable to respond to the boat owner who discovered him. As he lies there, he is shot many times, including through the throat, and is on life support. But the very next day, according to the presstitute media, he is providing hand-written confessions.

Was the purpose of the reports of a murderous rampage to create fear among the population so that they would accept martial law and home invasions by armed troops ordering American citizens out of their homes with hands over their heads on the pretext that they might be harboring the Boston Marathon Bomber?

The videos of the street celebration in which Bostonians thank the police and of the two Boston families, if not scripted by actors, shows Americans who, far from opposing the police state, welcome it. A father says that he was forced out of his home with his daughter in his arms by troops pointing automatic rifles at their heads, but that he was thankful for the safety the police provided him by violating every civil right that the Constitution gave him. A woman says it was scary but that “the police are just doing their jobs.” Are Americans now so brainwashed that they attribute their safety to the presence of a Gestapo Police State?

Why have detention facilities been built? Why did Homeland Security purchase a billion or more rounds of ammunition? Why does Homeland Security have 2,700 tanks and a para-military force? Why aren’t these questions being investigated?

The US Constitution is the product of 900 years of human efforts to restrain brutal government and to make government subject to law. It only took Bush and Obama eleven years to get rid of it.