Seeing in the Dark with Victoria Brittain 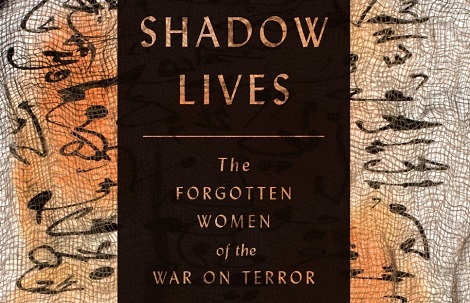 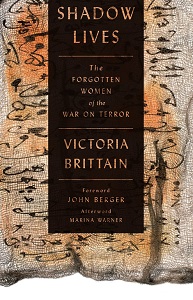 As with the best of journalists, Victoria Brittain has spent a lifetime enabling us to see in the dark! Or more accurately, she has shined a bright light on those whose suffering has been hidden by being deliberately situated in one or another shadow land of governmental and societal abuse, whether local, national, or geopolitical in its animus. These patterns of abuse are hidden because whenever their visibility cannot be avoided, the liberal mythologizing of the decency of the modern democratic state suffers a staggering blow. In recent years this unwanted visibility has permanently tarnished the human rights credentials of the United States due to the spectacular exposés of the horrifying pictures of prisoner abuse at the Abu Ghraib prison in Iraq or various reports of grotesque treatment of Guantanomo detainees. As with Bradley Manning and Wikileaks, the U.S. Government should be embarrassed by its response: a preoccupation with these unwelcome leaks of its dirty secrets, while manifesting indifference to the substantive disclosures of its endorsement of torture and other crimes against humanity. But it is not, and that has become and remains a deep challenge to all of us who wish to live in a society of laws, not sadistic men, a society based on ethics and human rights, not cruelty and dehumanization. Once such secrets have been revealed, all of us are challenged not to avert our gaze, being reminded that upholding the rights and dignity of every person is the duty of government and the responsibility of all citizens, and when flagrant and intentional failures along these lines remain unchallenged, the credentials of decency are forever compromised.

This is but a prelude to commenting briefly upon Victoria Brittain’s extraordinary recent book of humane disclosure, SHADOW LIVES: THE FORGOTTEN WOMEN OF THE WAR ON TERROR (London: Pluto, 2013; distributed in the United States by Palgrave Macmillan). Brittain is a journalist who not only sees in the dark, but what is even rarer among the restless practitioners of this profession, she stays around long enough to listen. Here she listens with empathy and insight to the words and experience of women whose male partners have been targeted in Britain and the United States by the rapacious masters of homeland security in the years since the 9/11 attacks. These women and their children, mainly living in Britain, are the forgotten and neglected ‘collateral damage’ of those who are detained year after year without charges or trials as terrorist suspects. As the book makes clear, Muslims as a distinct ethnic and religious group, have been deprived of rights available to others accused of political crime. She quotes an American lawyer, Linda Moreno, “After 9/11 the Constitution when it comes to Muslims, especially Palestinians.” (p.161) But it was not only the liberal governments that were at fault, it was also the media that stereotyped anyone accused of being a jihadist or somehow sympathetic with the aims and activities of those alleged to be guilty of acts of terrorism as unquestionably evil, and such a menace as to deserve ill-treatment. In Brittain’s words, “[t]he enormity of the injustice perpetrated over a decade and more has been airbrushed out of America’s and Britain’s mainstream consciousness.” She goes on to ask a question we need to ask ourselves with all due gravity—“How did we get so coarsened that this is virtually unremarked?” (p.23)

The real story here is that of several women who try to live in the ruins created by the detention of their husbands, seek to do whatever they can to bring normalcy to their family life, and raise their children as lovingly as possible in the process. It is a difficult life where the reverberations of Islamophobia are daily felt via the hostility of neighbors and the treatment experienced in schools and elsewhere. In other words, society, as well as government and the media, are complicit in the incidental, yet severe, punishments endured by these families of targeted individuals. Yet the picture is not entirely grim as these women are also courageous and determined not to be defeated, even as they struggle against depression and acute anxiety, as well as the loneliness associated with the loss of their loving partner and co-parent. And what is worse in some ways are witnesses to the collapse of their men due to the mistreatment of prolonged prison experiences unalleviated by the reality of indictments and charges. These men are mainly held on the basis of secret evidence that is not even disclosed to their lawyers, and the majority seem entirely innocent, victims of post-9/11 panic politics nurtured by the nanny security state. When in Britain such detainees are released, it should not be confused with ‘freedom’ because the former prisoner is require to wear electronic tags, subject to curfews, daily reporting to local police, living with rigid restrictions on visits by friends, routine intrusions in family space by security personnel, even prohibitions on use of computers. In summing up the overall ordeal of these families, Brittain comments, “[f]or all of them, something worse than their very worst nightmares had come true.” (p.149) One of the daughters who had endured this reality asks plaintively, “[l]isten to my story, then decide if you will be able to live my life.” (p.67) It occasions no surprise that the several of the men attempt suicide or experience paranoid delusion and that the women become clinically depressed.

There is for several of the women a kind of existential double jeopardy. They came to Britain or the United States as refugees to escape from deadly torments in Afghanistan, Pakistan, and Palestine, expecting at least the benefits of a liberal democracy, and instead were confronted by a far worse existence than what they had reluctantly left behind. Sometimes their memories were filled with happiness, as with one woman describing her earlier time in Afghanistan: “The life was not easy, but it was beautiful.” (p.154) These years of injustice were “intertwined with memories, ghosts and dreams of an Afghanistan or a Palestine—past or future. Those other shadow lives infused everything for them, if you came close enough to listen, and were, with their faith. Their secret lifeline of joy against bitterness and despair.” (p.164) Not only what was remembered, but also what was hoped for, believed in, a faith, often with overtones of the Koran, of a deliverance yet to come, however difficult the life of exile had become.

Especially, the women from a Palestinian background were passionate about educating their children, sometimes doing the schooling at home to avoid the unpleasant atmosphere facing Muslim children in British society. Other children of imprisoned fathers received their education at local schools. Brittain is sensitive to their acute sense of their special circumstances: “One child spoke for several others when she said that now loyalty and duty to her absent father meant excelling at school and remembering to be happy.” (p.158) Remembering to be happy! Every child should be exempt from such a duty!

Victoria Brittain has written a book that we need to read, ponder, discuss, and to the best of our ability, act upon. It is a captivating book of love and dedication, as well as of torments, and it is mainly the intimate renderings of these women doing the best they can under the most agonizing of condition that no decent society should allow to persist. What is made clear throughout is the degree to which the state-sanctioned cruelty to these individuals, including the terrorist suspects themselves, is a blend of panic, sadism, and anti-Muslim hatred, and cannot be convincingly explained away as regrettable but necessary measures to ensure the security of societies threatened by terrorism. In effect, Brittain condemns reliance on such disproportionate means in the alleged pursuit of the end of security, opportunistically sacrificing the few to promote the pseudo-contentment of the many. In his short Foreword, John Berger puts the essence of what makes SHADOW LIVES a mandatory reading experience: “What makes this book unforgettable and terrible is its demonstration of the extent of the human cruelty meted out by the (human) stupidity of those wielding power. Neither such cruelty nor such stupidity exist in the natural world without humankind.” (p.ix). In her Afterword, Marina Warner issues a similar injunction, although more directly: “..we need uncomfortable books like this one, to ask the tough questions.” (p.166) Indeed, we do!