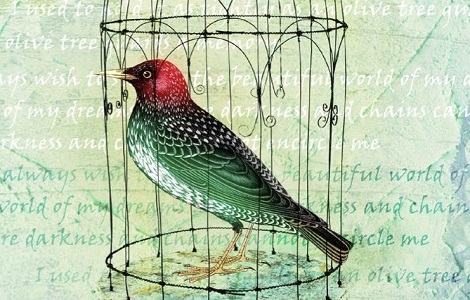 The Prisoners’ Diaries: Palestinian Voices from the Israeli Gulag, edited by Norma Hashim, in close collaboration with the Centre for Political & Development Studies, Gaza, 2013

There are many moving passages that can be found in these excerpts from prison diaries and recollections of 22 Palestinians. What is most compelling is how much the material expresses the shared concerns of these prisoners despite great variations in writing style and background. A few keywords dominate the texts: pain, God or Allah, love, dream, homeland, steadfastness, tears, freedom, dream, prayer. My reading of these diaries exposed me to the distinct personal struggles of each prisoner to survive with as much dignity as possible in a dank and poorly lit circumstances of isolation, humiliation, and acute hostility on the part of the prison staff, including abusive neglect by the medical personnel. The diaries also confirmed that even prolonged captivity had not diluted the spirit of Palestinian resistance to Israeli occupation, but, on the contrary, had intensified it.  A strong impression of the overall illegitimacy of Israel’s encroachment on the most fundamental rights of the Palestinian people is also present on virtually every page.

Although not professional writers, the sentiments expressed have a special kind of eloquence arising from their authenticity and passion.  A female prisoner, Sana’a Shihada, on learning that her family had been spared the demolition of their family home, describes the ordeal of her interrogation in a poetic idiom: “the anger of the interrogators was like snow and peace to me [an Arabic saying that conveys a sense of being ‘soothing’]. I felt the pride of the Palestinians, the glory of Muslims, and the brightness of honesty. I knelt to Allah, thankfully. My tears fell on the floor of the cell, and I am sure they dug a path which those later imprisoned will be able to see.” Or the words of Eyad Obayyat, a prisoner facing three lifetime sentences for his role in killing several Israeli soldiers, “Among us prisoners, the unity of love for our homeland was precious above all other things.” Another, Avina Sarahna, asks poignantly, “Is resisting occupation a crime? …Let me be a witness to the truth, and let me stay here.” Speaking of the pain of being separated from her four children, whom she discovered were living in an orphanage, Kahera Als’adi writes: “I couldn’t keep myself from bursting into tears. Was my loving family scattered like this? Was fate against us because of our love for our homeland? …After that visit, I felt like a slaughtered sheep.” These randomly selected quotations could be multiplied many times over, but hopefully the overall tone and coherent message are conveyed by these few examples.

What I found most valuable about this publication was its success in turning the abstraction of Palestinian prisoners into a series of human stories most of which exhibit agonized feelings of regret resulting from prolonged estrangement from those they most love in the world. Particularly moving were the sorrows expressed by men missing their mothers and daughters. These are the written words of prisoners who have been convicted of various major crimes by Israeli military courts, some of whom face cruel confinement for the remainder of their life on earth, and who have been further punished by being deprived of ever seeing those they love not at all, or on rare occasions, for brief tantalizing visits under dehumanizing conditions, through fogged up separation walls.

It is hard not to treat a prison population as an abstraction that if noticed at all by the outside world is usually reduced to statistics that appear in reports of human rights NGOs. These autobiographical texts, in contrast, force us to commune with these prisoners as fellow human beings, persons like ourselves with loves, lovers, needs, aspirations, hopes, pious dreams, and unrelenting hardships and suffering. There is also reference to the other side of the prison walls. These prisoners show concern for the suffering that imprisonment causes their families, especially young children and elderly parents.  Given the closeness of Palestinian families it is certain that those who are being held in prison would be terribly missed, especially as their confinement arises because of their engagement in a struggle sacred to virtually every Palestinian. Such humanization of Palestinian prisoners is undoubtedly superfluous for Palestinians living under occupation or in refugee camps where arrests, which resemble state-sanctioned kidnappings, are being made daily by Israeli security forces. It is a tragic aspect of the occupation that after 45 years, there is not a Palestinian family that is left untouched by the Israeli criminalization of all forms of resistance, including those that are nonviolent and symbolic.

We need a wider ethical, legal, and political perspective to grasp properly this phenomenon of Palestinian prisoners. The unlawful occupation policies of Israel are unpunished even when lethal and flagrantly in violation of international humanitarian law, and are rarely even officially criticized in international arenas. In contrast, lawful forms of resistance by the Palestinian people are harshly punished, and the resulting victimization of those brave enough to resist is overlooked almost everywhere.  If we side with those who resist, as was done during World War II when those Europeans mounted militant forms of resistance against German occupation and criminal practices, we glorify their deeds and struggle. Yet if the occupier enjoys our primary solidarity we tend to criminalize resistance without any show of empathy. To some extent, this book cuts through this ideological myopia, and lets us experience the torment of these prisoners as human beings rather than as Palestinian ‘soldiers’ in the ongoing struggle against Israel.

In the past year, heroic Palestinian hunger strikers, initially Khader Adnan and Hana Shalabi, did their best to call attention to the abusive character of Israel’s terrifying violent arrests in the middle of the night followed by imprisonment for lengthy periods without even making charges or holding trials. Israeli recourse to administrative detention takes place even in circumstances where the person being confined was engaged in no activities that could be remotely considered to pose a security threat.  It is notable that despite hunger strikers putting their own lives at severe risk to protest such inhumane behavior by Israel in its role as the occupying power, the world refuses to pay attention even to such hunger strikers, which is somewhat shocking despite decades of lectures to the Palestinians to renounce armed resistance and engage instead in nonviolent forms of resistance, and if they do so, they will win political support for their grievances even from governments allied with Israel, including the United States. To date, the evidence suggests a far uglier pattern: when Palestinians resist by way of armed struggle, their actions are denounced and their grievances are ignored, while when they resist nonviolently, their actions and their grievances are ignored. What is worse, while this shift in Palestinian tactics has taken place in recent years, the Israeli governing process has moved steadily to the right, until March 2013, with the latest governing coalition in Tel Aviv being avowedly settler oriented. The international background music has not changed, and Washington loses no opportunity to sound the trumpets while declaring its unconditional and undying loyalty to Israel, pretending not to notice violations of international law and the deliberate efforts to make the two state solution yesterday’s dream, today’s nightmare.

The preoccupation of these prisoners with the fate of the singular Israeli prisoner at the time, Gilad Shalit, was something of a surprise for me, although it is understandable. Why, the Palestinians ask themselves, does the world make such a fuss about a single Israeli being held in Gaza after being captured during a military mission, and ignore the fate of the many thousands of Palestinians detained for year after year because they fought for the freedom of their country? Once considered, such a question is both natural, and once asked, the grotesque display of double standards seems self-evident. But there is also an opposite appreciation of the significance of Shalit expressed, which recognizes that the October 2011 deal struck to release 1,027 Palestinian prisoners would not have happened had Shalit not been captured. In this sense, the Palestinians in recording their feelings realize that their freedom has been made possible because Hamas succeeded in capturing and holding Shalit. This was no small achievement. During the massive attacks by Israel on Gaza in 2008-09, Operation Cast Lead, Israeli Defense Force (IDF) commanders told their troops that this violence had been unleashed so as to gain the release of Shalit. Had Hamas allowed Shalit to go free or had he been killed in the operation, then there would have been no negotiations for the release of Palestinian prisoners. It is as simple as that. Of course, it is not simple. Many of those released were soon rearrested by Israel, once more undermining even minimal trust between the two peoples, and again showing that Israel can defy legal and moral obligations without facing any adverse consequences, a metaphor for the overall stranglehold of the occupation.

Above all, these texts in almost every page confirm that particularly prized Palestinian collective public/private virtue of sumud or steadfastness. Such exhibitions of courage indirectly shames those of us who suffer far less or not at all, and yet find ourselves discouraged and dispirited by the ills of the world to an extent that we retreat from public engagement to the comfort zones of sanctuaries of escape. These prisoners have no such option, maintaining their commitment to the Palestinian struggle in the darkest of circumstances, consigned to spending their most energetic years behind bars or surrounded by dank prison walls. We can ask ourselves where does such courage come from? There is no definite common answer. Yet what comes across from these diary pages are deep commitments rooted in love of family and homeland as strengthened by religious faith and practice and sustained by prison camaraderie or in embittered reaction to the dehumanizing atmosphere of enduring prison life year upon year.