Walking a Tightrope: A Review of ‘American Umpire’ by Elizabeth Cobbs Hoffman 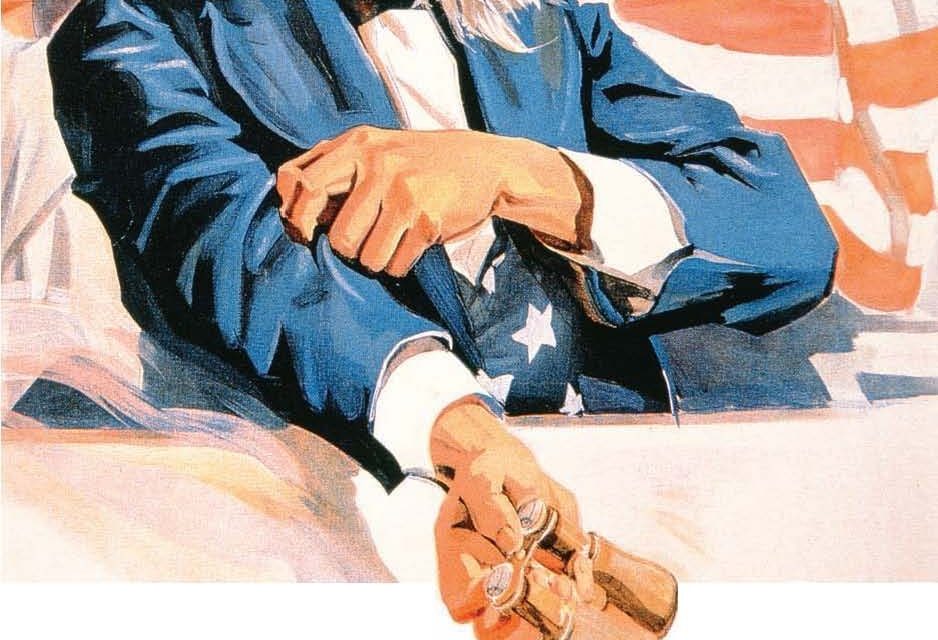 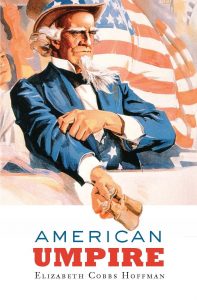 The past twelve years have been contentious times for US citizens. The attacks of September 11 were traumatic, poorly understood, and led to a significant shift in US foreign policy toward more aggressive intervention in world affairs under the doctrine of “pre-emption” under President George W. Bush. While the critics were few initially, they multiplied over the years, especially during President Bush’s second term. The opposition to the aggressive new policies was not confined to left leaning liberals and scholars. A vocal objection arose from the libertarian right, too, as evidenced by Ron Paul’s candidacy for the Republican nomination. Many of the critics made the case that this newly aggressive foreign policy offered clear evidence of an imperialistic bias in US relations with the world.  Indeed a website was established, the American Empire Project, which states on its home page:

Americans have long believed that the very notion of empire is an offense against our democratic heritage, yet in recent months, these two words—American empire—have been on everyone’s lips. At this moment of unprecedented economic and military strength, the leaders of the United States have embraced imperial ambitions openly. How did we get to this point? And what lies down the road?

Certainly this argument was not invented only after the shift in policy under George W. Bush following 9/11. Critics of US foreign policy had been around for decades. But the objections took on a new urgency as a result of the aggressive nature of policy under the Bush administration. And the movement against military intervention in the Middle East and Central Asia has continued to gain some momentum even during President Obama’s first term in office.

Elizabeth Cobbs Hoffman, a professor of history, has published a new book titled, American Umpire. The author questions the historical accuracy of the charge that the US has behaved as an imperial power. Rather she suggests that the evidence fails to support the charge. She accepts on the other hand that the US has been actively engaged in world affairs. But she prefers to term this “engagement” as something more akin to the role of an umpire than that of an empire. She is also ready to admit that the US has frequently overreacted and erred in its role. Hence the argument she presents is an attempt to walk a tightrope between open criticism and an apologetic defense of US policy.

The author develops her thesis by examining the stages of US history together with the ideals upon which the US was founded. She argues that with the exception of a brief interlude, when the US itself ventured into the role of empire during its conquest of the Philippines, the US has not behaved as a typical imperial power. Instead, if one wishes to criticize the US, she argues that the US should be viewed as a player umpire who occasionally fails in its role by being biased as one of the parties in the game. To be sure there are distinctions and nuances that need to be examined when analyzing history and considering policy. So in this sense Ms Cobbs Hoffman has given us an interpretation that is worth reading.

A parallel theme which the author presents is the historical shift away from empire and the imperial structure of world politics toward the growth of autonomous nation states. She considers this shift in political organization hugely significant and compares it to the shift from hunting and gathering to agriculture. Moreover, as she explains, the proliferation of nation states and the development of international institutions such as the UN demonstrate in her view that the nation state and the concept of the autonomy of nation states have defeated imperialism. This historical shift is unquestionably important and worth examining. And while the author considers the development positive she recognizes its detractions: “Most modern nation-states exhibited a coercive side in their formative stages.”  The US, as the author argues, has consistently supported the trend in favor of autonomous nation states. And the role it has played in world affairs, especially following WWII, has been to protect the integrity of nation states against imperial incursion, for example the stance taken by President Eisenhower against the British and French during the Suez Canal crisis.  Increasingly though in recent years, “Not only was the umpire supposed to forestall interstate aggression between (states), it was now also supposed to prevent aggression by states toward their own citizens.” This is known as the doctrine of ‘Responsibility to Protect’ and it has become an ever more prevalent sentiment in global political debate. Once again the author is walking a tightrope. How should the US arbitrate in world affairs and indeed intervene in situations of perceived crimes against humanity without being regarded as an imperial power?

The argument from a historical perspective is perhaps worthy of consideration. But when the author attempts to extend the analysis to an examination of recent policy, such as the second Iraq war, her thesis is badly stretched. In the author’s words, “The (war) in Iraq was a preemptive one, based on a mistaken premise.” For many critics of the war in Iraq this comment is outrageous. Was the war a mistake or a calculated plan of deception to justify invasion? There is a good reason why history is written after a time lag. The attempt to write a history of current events confronts two pitfalls. First, the historian doesn’t yet have access to the documents necessary to build a case. And second, the author will invariably show a bias based upon her own perception of events as they unfold. It is here then, while discussing current policy choices by the US government, that the author trips and tumbles from the tightrope she has tried to walk. And this failure ultimately calls into question the argument she advances. Furthermore, once you say that the US is an arbiter in world affairs and acknowledge that this situation (a player umpire) is less than ideal, it would seem appropriate to suggest alternatives. But Ms Cobbs Hoffman leaves this issue largely unexplored and instead argues, “How the US might cease playing umpire is not obvious.”

In a recent op-ed article in the New York Times the author argues that the US, under economic pressure to reduce expenditure, should consider scaling back its military bases in Europe and elsewhere. But of course in her op-ed she simply throws out the idea without fully developing the implications. Perhaps the op-ed is an effective manner of plugging her book and donning a progressive guise, but in her book she fails to address the problem. Whether the US is an imperial force in the world or whether it has been a player umpire as Ms Cobbs Hoffman suggests, it remains an inappropriate role. And there is a clear need for the US to step away from that role (regardless of the interpretation) on both moral and procedural grounds. If nation states are here to stay and if R2P is ever to become an accepted principle, institutions and diplomatic processes need to be established to promote a proper and judicial means to arbitration. That role should not and cannot be assumed by a player umpire.

In conclusion then, American Umpire is an ambitious effort that ultimately falls short. The question as to whether the age of empires has been superseded by the age of autonomous nation states and universalist political values remains open. Certainly we can all agree that the age of empires that entailed permanent military and political occupation, such as the British Empire, appears to have come to an end. And nation states have proliferated over the past several hundred years and gained increasing measures of autonomy. But it is not at all clear that the status quo in world affairs is stable. Nor, is it evident that the US has played a benign role (albeit with some bad calls) in support of the integrity of the self determination of nations. The issues that the author raises in her book are worth examination and debate for sure. But a better treatment of the issues, in my opinion, is to be found in Empires in World History by Jane Burbank and Frederick Cooper. Let me share just two brief quotes from that book: