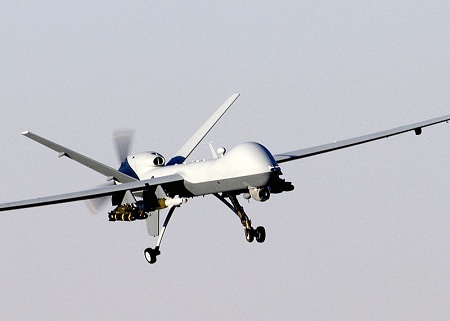 Prosecutors always expand laws far beyond their intent. Attorneys in civil cases do the same. For example, the 1970 Racketeer Influenced and Corrupt Organizations Act was passed in order to make it easier for the government to convict members of the Mafia.

However, the law, despite its intent, was quickly expanded by prosecutors and attorneys and used in cases against pro-life activists, Catholic bishops, corporations accused of hiring illegal immigrants, and in divorce cases. “Junk bond king” Michael Milken, a person with no ties to organized crime, was threatened with indictment under the RICO Act. Prosecutors have found that the asset freeze provision in the Act is a convenient way to prevent a defendant from being able to pay attorneys and, therefore, makes it easier for prosecutors to coerce innocent defendants into a guilty plea.

We are now witnessing the expansion of Obama’s Kill List. The list began under the Bush regime as a rationale for murdering suspect citizens of countries with which the US was not at war. The Obama regime expanded the scope of the list to include the execution, without due process of law, of US citizens accused, without evidence presented in court, of association with terrorism.  The list quickly expanded to include the American teen-age son of a cleric accused of preaching jihad against the West. The son’s “association” with terrorism apparently was his blood relationship to his father.

As Glenn Greenwald recently wrote, the power of government to imprison and to murder its citizens without due process of law is the certain mark of dictatorship. Dictatorship is government unconstrained by law. On February 10 the Wall Street Journal revealed that the Obama dictatorship now intends to expand the Kill List to include those accused of acting against foreign governments. Mokhtar Belmokhtar, an “Algerian militant” accused of planning the January attack on an Algerian natural gas facility, has been chosen as the threat that is being used to expand Obama’s Kill List to include participants in the internal disputes and civil wars of every country.

The elasticity of the Kill List and its easy expansion makes it certain that Washington will be involved in extra-judicial executions of those “associated with terrorism” over much of the world. Americans themselves should be alarmed, because the term “association with terrorism” is very elastic. Federal prosecutors have interpreted the term to include charitable contributions to Palestinians.

The next time former US Representative Cynthia McKinney gets on an aid ship to Palestine, will Washington give the green light to Israel to kill her as a terrorist agent for her association with aid to Gaza, ruled by the “terrorist organization,” Hamas?

Already a year or two ago, the director of Homeland Security said that the federal police agency’s focus had shifted from terrorists to “domestic extremists,” another elastic and undefined term. A domestic extremist will be all who disagree with Washington. They also, are headed for the Kill List.

As the Founding Fathers knew and the American people have forgotten, no one is safe in a dictatorship.

Clearly, the American public lacks sufficient comprehension to remain a free people. All indications are that the large majority of Americans fear alleged terrorists in distant lands more than they fear their government’s acquisition of dictatorial powers over them—powers that allow government to place itself above the law and to be unaccountable to law. This is despite the fact that 99.999% of all Americans will never, ever, experience any terrorism except that of their own government.

According to a recent poll of registered American voters, 75% approve of Washington’s assassination of foreign citizens abroad based on suspicion that they might be terrorists, despite the fact that the vast majority of the Gitmo detainees, declared by the US government to be the most dangerous men on earth, turned out to be totally innocent. Only 13% of registered voters disapprove of the extra-judicial murders carried out by Washington against foreign citizens, whether based on wrong intelligence, hearsay, or actual deeds.

Registered voters have a different view of the extra-judicial murder of US citizens. In what the rest of the world will see as further evidence of American double-standards, 48% believe it is illegal for Washington to murder US citizens without due process of law. However, 24% agree with the Obama regime that it is permissible for the government to murder its own citizens on accusation alone without trial and conviction of a capital crime. As The Onion put it, “24% of citizens were unequivocally in favor of being obliterated at any point, for any reason, in a massive airstrike.”

Are we to be reassured or alarmed that 24% of registered voters believe that the terrorist threat is so great that suspicion alone without evidence, trial, and conviction is sufficient for Washington to terminate US citizens?  Should not we be disturbed that a quarter of registered voters, despite overwhelming evidence that Washington’s wars are based on conscious lies—“weapons of mass destruction,” “Al-Qaeda connections”—are still prepared to believe the government’s claim that the person it just murdered was a terrorist? Why are so many Americans willing to believe a proven liar?

If we add up all the costs of the “war on terror,” it is obvious that the costs are many magnitudes greater than the terror threat that the war is alleged to contain. If terrorists were really a threat to Americans, shopping centers and electric substations would be blowing up constantly. Airport security would be a sham, because terrorists would set off the bombs in the crowded lines waiting to clear security. Traffic would be continually tied up from roofing nails dispensed on all main roads in cities across the country for each rush hour. Water supplies would be poisoned. Police stations would be bombed and police officers routinely terminated on the streets. Instead, nothing has happened despite Washington’s killing and displacement of huge numbers of Muslims in seven or eight countries over the past 11 years.

The cost of the “war on terror” is not merely the multi-trillion dollar financial bill documented by Joseph Stiglitz and Linda Bilmes. The cost of Washington’s wars is the main reason for the large national debt, the threat of which politicians are using to destroy the social safety net. This is a huge cost for a pointless war that pleases Israel and enriches the armament companies but does nothing for Americans.

The financial cost is huge, but how important is this cost compared to another cost—the domestic police state supported by a significant percentage of the population and a majority in Congress and the media? Is the war on terror worth the evisceration of the US Constitution?  A war that costs us the Constitution means our total defeat.

The cost in human life has been enormous. Millions of Muslims have been killed, wounded, orphaned, and displaced, and entire countries have been destroyed as socio-political entities. Washington locked Iraq in sectarian murder. Libya has no government, just warring factions, and now Syria is in the process of being disintegrated. The prospects for people’s lives in these countries have been ruined for years to come.

The cost in American lives has also been high. More than 400,000 American lives have been adversely affected by 11 years of pointless war. The deaths of 6,656 US troops, the 50,000 wounded, the 1,700 life-changing limb amputations, and the suicides are just the tip of the iceberg. Since the Bush-Obama wars began, 129,731 US troops have been diagnosed with post-traumatic stress disorder. And now we learn from a new Congressional Research Service report that more than a quarter million of US troops have experienced Traumatic Brain Injury. Based on current diagnostic capability, three-fourths of the cases are classified as mild.

These lost, ruined and impaired lives affect also the lives of many others—spouses, children, parents, siblings, and those disheartened by their government’s pointless wars who have to care for the damaged.  There are many Americans who have been collaterally damaged by Washington’s pointless wars.