Nature’s Capital Is the Limiting Resource 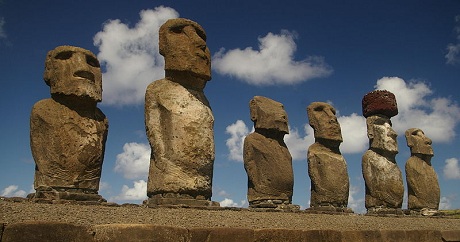 Life will perish as the environment perishes

Only in science fiction can humans escape the consequences of destroying their own habitat. In Robert A. Heinlein’s Time Enough For Love, the “Great Diaspora of the Human Race” began “more than two millennia ago” and has spread to more than “two thousand colonized planets.” The once “lovely green planet” Earth is a slum planet barely able to support life where only the poorest live, Earth’s natural capital having been consumed over two thousand years ago. Humans have found the ability to rejuvenate themselves and to live almost endless lives, but they are unable to rejuvenate the planets whose natural capital they devour. Humans have not encountered “one race as mean, as nasty, as deadly as our own.” As homo sapiens use up the environments of colonized planets, “human intergalactic colony ships are already headed out into the Endless Deeps,” leaving their ruins behind them.

In his book, Collapse, University of California biogeography professor Jared Diamond describes the nonfictional past and present destruction of Earth’s natural capital. Surprisingly, Diamond begins his story of the self-destruction of Easter Island, Anasazi, and Maya civilizations with present-day Montana and ends with Australia. We think of these two lands as scenic, lightly populated, and largely untouched, but they have been brought to the brink of ruin. Diamond’s point is that modern scientific and technological man is no better at managing nature’s capital than previous societies.

Many associate ecological destruction with population pressure. However, the toxicity associated with mining, fracking, chemical fertilizer and GMO farming, and the adverse watershed effects of logging is turning even low density states such as Montana into an environment with ruined soil and water.

In Montana, mining has produced a legacy of toxicity–mercury, arsenic, cyanide, cadmium, lead, and zinc. These toxic substances have found their way into Montana’s fishing rivers and into reservoirs. From reservoirs, toxic substances have leaked into groundwater and into the wells that supply homes. In 1981, groundwater serving family wells in areas of Montana was found with arsenic levels 42 times higher than federal standards permit.

Before Montana could find ways to retrieve its water resources from the toxic run-offs from mining, a new threat has appeared: hydraulic fracking. Fracking uses huge amounts of surface water, which it infuses with toxic chemicals to aid the extraction of underground gas and oil deposits that are otherwise unrecoverable. The energy industry and its media shills are touting “energy independence” in order to sway the public away from environmentalists, who are warning of the dangers.

Some of fracking’s toxic wastes stay in the ground and seep into aquifers, destroying the water supply. The toxic water that comes back up with the gas or oil has to be disposed of. On occasion, it ends up in city or town waste water treatment plants, which cannot detoxify the water, and in streams where toxic run-off can reduce nitrogen and phosphorus and produce golden algae (prymnesium parvum), which destroys all aquatic life. The use of surface water for fracking might already have depleted the streams that supplied the water, lowering their volume and thus making them vulnerable to other pollution, such as septic tank run-offs and algae from higher temperatures due to a lower water level.

While promising “energy independence,” fracking actually threatens to destroy our fresh water supplies. Recently, researchers have given attention to the fact that water might be the limiting resource and end up more valuable than oil, gas, or gold.

Fracking is still in its infancy, but Pennsylvania is already hard hit. There have been reports that some homeowners have been warned to open their windows when they take a shower, because of the methane content of the water which is high enough in some instances for the water to actually burn.

Energy spokesmen claim that methane found in ground water near fracking sites is a natural condition. However, residents say that their water was not infused with methane prior to the fracking operations. A study recently published by the National Academy of Sciences found that the type of methane gas that has appeared in water supplies is the same as the gas nearby wells are extracting with fracking operations. This indicates that the methane is moving into water supplies through underground fractures.

In 2012, Robert Oswald, professor of molecular medicine at Cornell University’s College of Veterinary Medicine, published with a coauthor, Veterinarian Michelle Bamberger, a peer-reviewed article that indicated a link between fracking and neurological, reproductive, and gastrointestinal problems of livestock exposed via air or water to toxic chemicals used in fracking.

Fracking, like deep sea drilling and all other dangerous exploitations of nature’s resources, promises large short-run profits for corporations at the expense of everyone else and the future. The cost of the polluted water, dead fish, infertile humans and animals, polluted soil and air, and the increase in diseases are all external costs imposed on third parties who have no stake in the ill-gotten profits.

Pennsylvania, possibly the most corrupt state in the US, has passed a law that prevents health care professionals from sharing information about the health care effects of fracking. “I have never seen anything like this in my 37 years of practice,” says Dr. Helen Podgainy, pediatrician from Coraopolis, Pa.

In other words, as in Robert Heinlein’s Time Enough For Love, in Amerika today a handful of rich control everything. Nothing else counts or matters. Oxfam, an international philanthropy organization, announced on January 18 that the world’s 100 richest people earned an average of $2.4 billion each in 2012. Imagine that! An annual income of $2,400 million, or a daily income of $6,575,000. Compared to this, one of the early billionaires back in the 1990s, Sir James Goldsmith, was a poor man.

Easter Island is a clear example of a civilization that destroyed itself by stripping its environment of its resources. Professor Diamond observes: “Easter Island was as isolated in the Pacific Ocean as the Earth is in space. When the Easter Islanders got into difficulties there was no where to which they could flee, nor to which they could turn for help; nor shall we modern Earthlings have recourse elsewhere” if we destroy the natural capital of our planet. Indeed, Diamond asks, “if mere thousands of Easter Islanders with just stone tools and their own muscle power sufficed to destroy their environment and thereby their society, how can billions of people with metal tools and machine power now fail to do worse?” Diamond might have added that people producing toxic wastes that poison the air, water, and soil and armed with nuclear, biological, and chemical weapons are certain to destroy Earth, especially when almost every government is unaccountable.

On Easter Island trees were the major resource for the population. Trees provided food, housing, watershed that protected against soil erosion, compost, and the large canoes that allowed the inhabitants to leave the island and to fish offshore. What, Professor Diamond asks, was the ruler thinking when the last tree was cut down?

The answer perhaps is that the ruler was thinking of his own glory. How would his
stone monument be rolled into place without the aid of the last tree? What counts, the ruler thought, is not that the Easter Island population survive, but that I have no less glory in my monuments than my predecessors. Thus, with the last tree felled, Easter Island’s death warrant was signed.

When the original colonists arrived in Australia, they made a mistaken inference and concluded bountiful harvests were in their reach. Alas, there is salinity under the soil and irrigation brings the salt to the surface where it destroys the crops.

Salinity brought to the surface by irrigation then runs off into the surface water. The Murray/Darling River accounts for about half of Australia’s agricultural production. But as the river flows downstream, more and more water is extracted. The river becomes progressively salty as its volume decreases and more released salt deposits run off into the river. Diamond reports that “in some years so much water is extracted that no water is left in the river to enter the ocean.”

The problems with Australia’s soils and waters are profound, but don’t expect the government to take them into account. Capitalist enterprises can make short term profits by destroying the fragile soils and waters of Australia. The small population of Australia is all the country can support considering its fragile ecology.