Exploited and Misused: The Impossible Discourse of the ‘Arab Spring’ 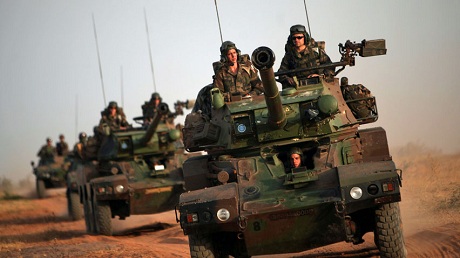 A reductionist discourse is one that selectively tailors its reading of subject matters in such a way as to only yield desired outcomes, leaving little or no room for other inquiries, no matter how appropriate or relevant. The so-called Arab Spring, although now far removed from its initial meanings and aspirations, has become just that: a breeding ground for choosy narratives solely aimed at advancing political agendas which are deeply entrenched with regional and international involvement.

When a despairing Tunisian street vendor, Mohamed Bouazizi, lit himself on fire on December 17, 2010, he had ignited more than a mere revolution in his country. His excruciating death had given birth to a notion that the psychological expanses between despair and hope, death, and rebirth and between submissiveness and revolutions are ultimately connected. His act, regardless of what adjective one may use to describe it, was the very key that Tunisians used to unlock their ample reserve of collective power. Then-President Zine El Abidine Ben Ali’s decision to step down on January 14, 2011, was in a sense a rational assessment on his part, if one is to consider the impossibility of confronting a nation that had in its grasp a true popular revolution.

Egypt also revolted less than two weeks later. And it was then that Tunisia’s near-ideal revolutionary model became prey for numerous, often selective readings and ultimately for utter exploitation. The Egyptian January 25 revolution was the first Arab link between Tunisia and the upheavals that traveled throughout Arab nations. Some were quick to ascribe the phenomenon with all sorts of historical, ideological and even religious factors thereby making links whenever convenient and overlooking others however apt. The Aljazeera Arabic website still has a map of all Arab countries, with ones experiencing revolutionary influx marked in red.

Many problems have arisen. What tools, aside from the interests of the Qatari government, for example, does Aljazeera use to determine how the so-called Arab Spring manifests itself? And shouldn’t there be clear demarcations between non-violent revolutions, foreign interventions, sectarian tension and civil wars?

Not only do the roots and the expressions of these ‘revolutions’ vastly differ, but the evolvement of each experience was almost always unique to each Arab country. In the cases of Libya and Syria, foreign involvement (an all-out NATO war in the case of Libya and a multifarious regional and international power play in Syria) has produced wholly different scenarios than the ones witnessed in Tunisia and Egypt, thus requiring an urgently different course of analysis.

Yet despite the repeated failure of the unitary ‘Arab Spring’ discourse, many politicians, intellectuals and journalists continue to borrow from its very early logic. Books have already been written with reductionist titles, knitting linear stories, bridging the distance between Tunis and Sanaa into one sentence and one line of reasoning.

The ‘Arab Spring’ reductionism isn’t always sinister, motivated by political convenience or summoned by neo-imperialist designs. Existing pan-Arab or pan-Islamic narratives however well-intended they may be, have also done their fair share of misrepresenting whichever discourse their intellectuals may find fitting and consistent with their overall ideas. Some denote the rise of a new pan-Arab nation, while others see the ‘spring’ as a harbinger of the return of Islam as a source of power and empowerment for Arab societies. The fact is, while discourses are growing more rigid between competing political and intellectual camps, Arab countries marked by Aljazeera’s editorial logic seem to head in their own separate paths, some grudgingly towards a form of democracy or another, while others descend into a Hobbesian ‘state of nature’ – a war of all against all.

But reductionist discourses persist, despite their numerous limitations. They endure because some are specifically designed to serve the interests of certain governments – some with clear ambitions and others are simply trying to ride the storm. In the case of Syria, not a single country that is somehow a party in the conflict can claim innocence in a gory game of regional politics, where the price tag is the blood of tens of thousands of Syrians.

Western media continues to lead the way in language-manipulation, all with the aim of avoiding obvious facts and when necessary it misconstrues reality altogether. US media in particular remains oblivious to how the fallout of the NATO war in Libya had contributed to the conflict in Mali – which progressed from a military coup early last year, to a civil war and as of present time an all-out French-led war against Islamic and other militant groups in the northern parts of the country.

Mali is not an Arab country, thus doesn’t fit into the carefully molded discourse. Algeria is, however. Thus when militants took dozens of Algerian and foreign workers hostage in the Ain Amenas natural gas plant in retaliation of Algeria’s opening of its airspace to French warplanes in their war on Mali, some labored to link the violence in Algeria to the Arab Spring. “Taken together, the attack on the U.S. embassy in Benghazi, Libya, the Islamist attacks on Mali, and now this Algerian offense, all point to north Africa as the geopolitical hotspot of 2013 — where the Arab Spring has morphed into the War On Terror,” wrote Christopher Helman, in Forbes, on Jan 18.

How convenient such an analysis is, especially when “taken together.” The ‘Arab Spring’ logic is constantly stretched in such ways to suit the preconceived understanding, interests or even designs of western powers. For example, it is now conventional media wisdom that the US is wary of full involvement in Syria because of the deadly attack on the US embassy in Benghazi. When seen from Washington, the Arab region appears less compound and is largely understood through keywords and phrases, allocated between allies and enemies, Islamists and liberals and by knee jerk reactions to anything involving Israel or Iran.

One only needs to compare media texts produced two years ago with more recent ones. Whereas the first few months of 2011 were mostly concerned with individuals and collectives that had much in common with Mohamed Bouazizi – poor, despairing, disenfranchised, and eventually rebellious – much of the present text is concerned with a different type of discussion. Additionally there are almost entirely new players. The Bouazizis of Tunis, Egypt, and Yemen remain unemployed, but they occupy much less space in our newspapers and TV screens. Now we speak of Washington and London-based revolutionaries. We juxtapose US and Russian interests and we wrangle with foreign interventions and barefacedly demarcate conflicts based on sectarian divisions.

“Arab awakening is only just beginning”, was the title of a Financial Times editorial of Dec 23. Its logic and subtext speak of a sinister interpretation of what were once collective retorts to oppression and dictatorships. “The fall of the Assads will be a strategic setback to Iran and its regional allies such as Hizbollah, the Shia Islamist state within the fragile Lebanese state,” the editorial read. “But that could quickly be reversed if Israel were to carry out its threats to attack Iran’s nuclear installations, enabling Tehran’s theocrats to rally disaffected Muslims across the region and strengthen their grip at home. It is easy to imagine how such a conflict would drag in the US, disrupt the Gulf and its oil traffic, and set fire to Lebanon.”

Note how in the new reading of the ‘Arab Spring’, people are mere pawns that are defined by their sectarian leanings and their usefulness is in their willingness to be rallied by one regional power or another. While the language itself is consistent with western agendas in Arab and Muslim countries, what is truly bizarre is the fact that many still insist on contextualizing the ever-confrontational US, Israel and western policies in general with an ‘Arab Spring’ involving a poor grocer setting himself on fire and angry multitudes in Egypt, Yemen and Syria who seek dignity and freedom.

Shortly after the Tunisian uprising, some of us warned of the fallout, if unchecked and generalized discourses that lump all Arabs together and exploit peoples’ desire for freedom, equality and democracy were to persist. Alas, not only did the reductionist discourse define the last two-years of upheaval, the ‘Arab Spring’ has become an Arab springboard for regional meddling and foreign intervention. To advance our understanding of what is transpiring in Arab and other countries in the region, we must let go of old definitions. A new reality is now taking hold and it is neither concerned with Bouazizi nor of the many millions of unemployed and disaffected Arabs.