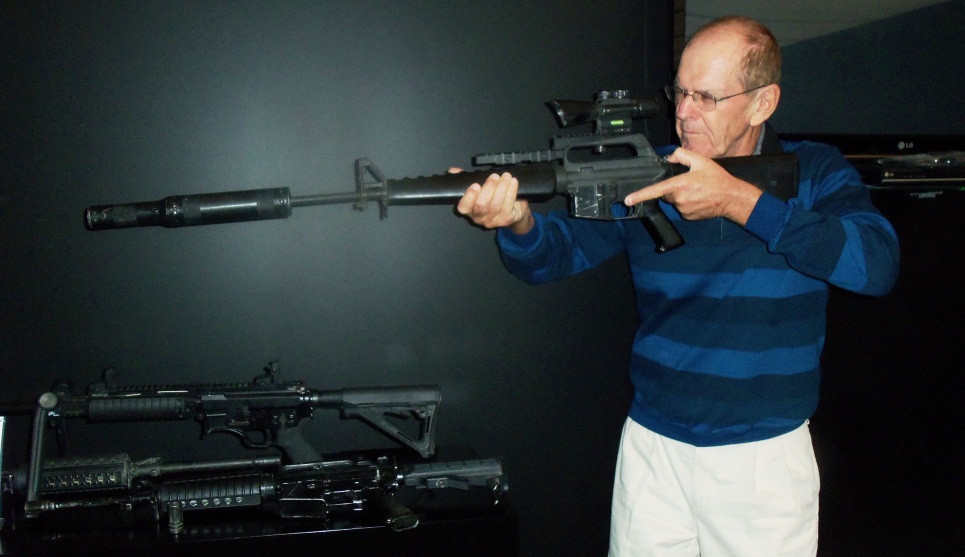 DAMASCUS — Across Syria these days, one is able to examine massive evidence that this ancient civilization, the historic bastion of nationalist Arabism and, since the 1948 Nabka, an essential pillar of the growing culture of resistance to the Zionist occupation of Palestine, is becoming awash with foreign arms being funneled to “rebels” by countries advocating regime change.

This observer has been researching foreign arms transfers into certain Middle East countries since last summer in Libya, where to a lesser degree the identical foreign actors were involved in facilitating the transfer of arms and fighters to topple the then, “Libyan Arab Jamahiriya.”

During a recent stay in Syria, I was able to observe first hand substantial demonstrative evidence supporting the thesis that American, Zionist and Gulf intelligence agencies, as well as private arms dealers from these countries, top the list of more than two dozen countries benefiting from the crisis in Syria by injecting arms. These countries gain politically and financially, via governmental and black market arms transfers.

Which countries are sending the most weapons into Syria to arm militia? 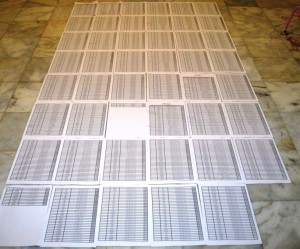 One of the periodic lists complied of foreign weapons confiscated from foreign fighters in Syria. August to late September 2012. (Photo courtesy of the author.)

Nearly two-thirds of the above listed arms suppliers are members of NATO and constitute almost half of NATO’s 28 country membership.

Russia is not included in the above list because it is the main supplier of arms to the Syrian government.  Yet, one finds older USSR era weapons and even some more recent vintage Russian arms in rebel hands, the latter from the decade of Soviet occupation of Afghanistan (Dec. 1979-Feb. 1989). Also offering Russian weapons are a growing number of black market arms dealers of whom there is no shortage along the Turkey-Syrian border and elsewhere.  This recent visitor to Syria was near the Old City offered AK 47’s (Russian Kalashnikovs) or Rocket Propelled Grenades (RPG) for $1,800 (in Lebanon today and before the Syrian crisis the price was around $800).  After some bargaining and starting to walk away a couple of times, the “special one-time only price for an American friend” dropped to $750 each. Russian-made Dragunov sniper rifles are being offered at $6,500 but can be bought for around $5,000.

Buying arms these days in Syria is a caveat emptor proposition. Fake weapons and military rejects/defects are also being offered by hustlers from nearby countries including Lebanon, Iraq and Turkey.

The involvement of numerous countries in the Syrian crisis as arms suppliers and political operatives was tangentially referenced by the recent UN Security Council Statement of October 24, which admits the existence of foreign actors and implies their arms supplying activities by urging “all regional and international actors to use their influence on the parties concerned to facilitate the implementation of the [Eid al Adha] ceasefire and cessation of violence.”

Syria’s Permanent Representative to the United Nations, Bashar al-Jaafari observed last week: “This part of the [Security Council] press statement, mentioned for the first time, proves Syria’s view repeated since the beginning of the crisis on the existence of Arab, regional and international parties influencing the armed groups negatively or positively. Therefore, those parties need to be addressed.”

One of the key challenges for the UN and Arab League envoy, Lakhdar Brahimi’s aides told this observer on October 22 at the Dama Rose Hotel, where we were staying, is:  “We need to persuade key countries in the Middle East, but also internationally, not to support the rebels with arms.”

The failed initiative of envoy El  Brahimi was the third ceasefire attempt to date following the December 2011 Arab League proposal and the April 2012 Kofi Annan initiative, both of which were endorsed by the Syrian government and most of the world community.  Some rebel militia, but not nearly enough, did endorse the Brahimi four-day Eid al Adha ceasefire only to have it collapse this past weekend.  To his credit, Brahimi continues his work.

The same Brahimi sources suggested that the United States may also be supplying man-portable air-defense systems (Manpods) to rebels in Syria.   According to Russian Foreign Ministry spokesman Alexander Lukashevich, “At the same time, it is also well-known that Washington is aware of supplies of various types of arms to illegal armed groups operating in Syria. Moreover, the United States, judging by admissions by American officials that have also been published in American media, is conducting coordination and providing logistical support for such supplies.” NBC News, based in New York, reported in July that Syrian insurgents had obtained two dozen US MANPADS, delivered from Turkey.

A month after the October 2011 death of Libyan leader Muammar Qaddafi, Secretary of State Hillary Clinton announced in Tripoli that the U.S. was committing $40 million to help Libya “secure and recover its weapons stockpiles.”  Congressional sources report that the Obama administration is fully aware that quantities of these arms are current in Syria and more in transit.

With respect to arms moving from Libya to Syria, on the night of September 11 Libya time, in what was his last public meeting, US Ambassador Christopher Stevens met with the Turkish Consul General Ali Sait Akin and accompanied him to the consulate front gate just before the assault began. Although what was discussed has not yet been made public, Washington sources including the pro-Zionist Fox News speculate that Stevens may have been in Benghazi negotiating a weapons transfer, from Libya to Syria.

Earlier this year, Assistant Secretary of State for Political and Military Affairs Andrew Shapiro expressed concerns that the increasing flow of Libya arms was far from under control. Speaking to the Stimson Center in Washington D.C. on February 10, Shapiro said: “This raises the question—how many weapons and missiles are still missing? The frank answer is we don’t know and probably never will.”

According to an October 14 report by the Times of London, a vessel flying the Libyan flag named Al Entisar (Victory), loaded with more than 400 tons of cargo, docked in southern Turkey 35 miles from the Syrian northern border. While some of the undeclared cargo was likely humanitarian, staff accompanying UN envoy Brahimi during his recent Syrian trip report the Al Entisar also carried the largest consignment of foreign weapons to date, including surface-to-air anti-aircraft missiles, RPG’s and MANPADS destined for Syria. 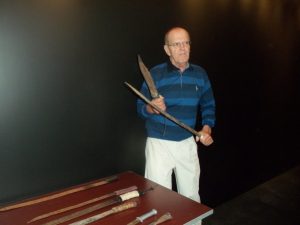 One teenage al Qaeda wannabe explained that his specialty was making and using homemade specialized knives. (Photo courtesy of the author.)

Partly because of the jihadists and arms entering Syria from its northern border, southern Turkey is increasingly referred to here in Damascus as “New Afghanistan”, given its matrix of jihadists, salafists, wahabists, and battle-hardened panoply of arriving foreign would-be mujahedeen and al Qaeda affiliates.

Remarkably, as was witnessed in 2007, during the conflict at the Nahr al Bared Palestinian refugee camp in north Lebanon, some of the arriving eager jihadists in “New Afghanistan” actually believe that they are fighting against Zionist forces near occupied Palestine and not killing fellow Arabs in Syria.