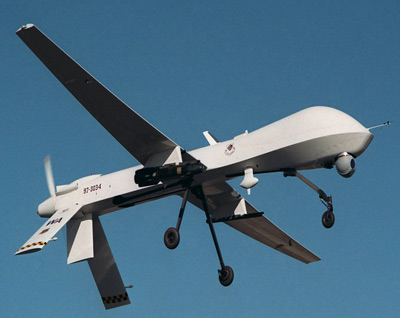 Page one of the October 24 Washington Post contained a prominent photo of a man chained to a concrete wall at a shrine in Afghanistan. The accompanying story told us that the man was mentally ill and that “legend has it that those with mental disorders will be healed after spending 40 days in one of the shrine’s 16 tiny concrete cells”, living “on a subsistence diet of bread, water and black pepper.” Every year hundreds of Afghans bring mentally ill relatives to the shrine for this “cure”. 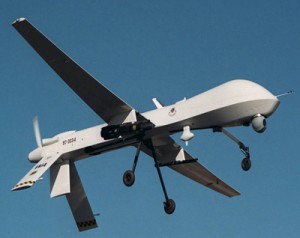 Immediately to the right of this story, constituting the paper’s lead story of the day, we learn that the United States is planning to continue its policy of assassinating individuals, via drone attacks, for the foreseeable future. This is Washington’s “cure” for the mental illness of not believing that America is the savior of mankind, bringing democracy, freedom and happiness to all. (The article adds that the number of “militants and civilians” killed in the drone campaign over the past 10 years will soon exceed 3,000 by some estimates, surpassing the number of people killed on September 11.)

Undoubtedly there are many people in Afghanistan, high and low, who know that their ancient cure is nonsense, but the chainings have continued for centuries. Just as certain, there are American officials who know the same about their own cure. Here’s a senior American official: “We can’t possibly kill everyone who wants to harm us. … We’re not going to wind up in 10 years in a world of everybody holding hands and saying, ‘We love America’.” Yet , we are told, “Among senior Obama administration officials, there is a broad consensus that such operations are likely to be extended at least another decade. Given the way al-Qaeda continues to metastasize, some officials said no clear end is in sight.”

We can also be confident that there have been people chained to the wall in Afghanistan who were not particularly mentally ill to begin with but became so because of the cure. And just as certain, there have been numerous people in several countries who were not anti-American until a drone devastated their village, family or neighbors.

The Post article also reported that Adm. Mike Mullen, former chairman of the Joint Chiefs of Staff, returned from Pakistan a while ago and recounted a heated confrontation with his counterpart, Gen. Ashfaq Parvez Kayani. “Mullen told White House and counterterrorism officials that the Pakistani military chief had demanded an answer to a seemingly reasonable question: After hundreds of drone strikes, how could the United States possibly still be working its way through a ‘top 20’ list?”

American officials defended the arrangement even while acknowledging an erosion in the caliber of operatives placed in the drones’ cross hairs. “Is the person currently Number 4 as good as the Number 4 seven years ago? Probably not,” said a former senior U.S. counterterrorism official. “But it doesn’t mean he’s not dangerous.” The Post added this comment: “Internal doubts about the effectiveness of the drone campaign are almost nonexistent.”

The next day we could read in the Post: “There is ample evidence in Pakistan that the more than 300 [drone] strikes launched under Obama have helped turn the vast majority of the population vehemently against the United States.”