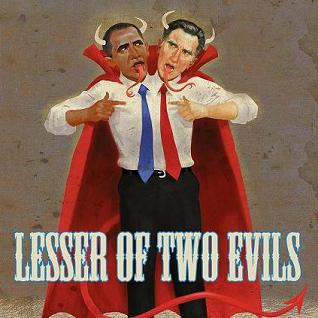 From the cover of the Autumn issue of the Trends Journal. Illustration by Anthony Freda / Dan Zollinger

Back during the George W. Bush neocon regime, President Hugo Chavez of Venezuela in his UN speech summed up George W. Bush for the world: “Yesterday, the devil came here. Right here. Right here. And it smells of sulfur still today, this table that I am now standing in front of. Yesterday, ladies and gentlemen, from this rostrum, the president of the United States, the gentleman to whom I refer as the devil, came here, talking as if he owned the world. Truly. As the owner of the world.” 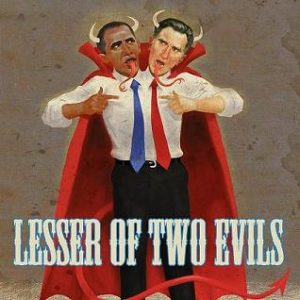 From the cover of the Autumn issue of the Trends Journal. Illustration by Anthony Freda / Dan Zollinger

Chavez is one of the American right-wing’s favorite bogyman, because Chavez helps the people instead of bleeding them for the rich, which is Washington’s way. While Washington has driven all but the one percent into the ground, Chavez cut poverty in half, doubled university enrollment, and provided health care and old age pensions to millions of Venezuelans for the first time.

Little wonder he was elected to a fourth term as president despite the many millions of dollars Washington poured into the election campaign of Chavez’s opponent.

While Washington and the EU preach neoliberalism–the supremacy of capital over labor–South American politicians who reject Washington’s way are being elected and reelected in Venezuela, Ecuador, Brazil, Argentina, Uruguay, and Bolivia.

It was the Ecuadoran government, not Washington, that had the moral integrity to grant political asylum to WikiLeaks’ Julian Assange. The only time Washington grants asylum is when it can be used to embarrass an opponent.

In contrast to the leadership that is emerging in South America as more governments there reject the traditional hegemony of Washington, the US political elite, whether Republican or Democrat, are aligned with the rich against the American people.

The Republican candidate, Mitt Romney, has promised to cut taxes on the rich, taxes which are already rock bottom, to block any regulation of the gangsters in the financial arena, and to privatize Social Security and Medicare.

Unfortunately, the Democrats, if a lesser evil, are still an evil. There is no reason to vote for the reelection of a president who codified into law the Bush regime’s destruction of the US Constitution, who went one step further and asserted the power to murder US citizens without due process of law, and who has done nothing to stop the exploitation of the American people by the one percent.

As Gerald Celente says in the Autumn Issue of the Trends Journal, when confronted with the choice between two evils, you don’t vote for the lesser evil. You boycott the election and do not vote. “Lesser or greater, evil is evil.”

An Obama or Romney win stands in stark contract with Chavez’s win. Here is how Lula da Silva, the popular former president of Brazil summed it up: “Chavez’s victory is a victory for all the peoples of Latin America. It is another blow against imperialism.” Washington, making full use of the almighty dollar, was unable to buy the Venezuelan election.

The only people who will benefit from the election of either Romney or Obama are those associated with the private oligarchies that rule America.