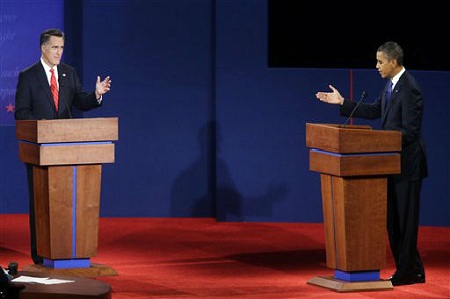 The Congressional Research Service summarized five key points from the defense guidance, which it said was “written as a blueprint for the joint force of 2020.” They are:

1. A shift in overall focus from winning today’s wars to preparing for future challenges.

2. A shift in geographical priorities toward the Asia and the Pacific region while retaining emphasis on the Middle East.

3. A shift in the balance of missions toward more emphasis on projecting power in areas in which U.S. access and freedom to operate are challenged by asymmetric means (“anti-access”) and less emphasis on stabilization operations, while retaining a full-spectrum force.

4. A corresponding shift in force structure, including reductions in Army and Marine Corps endstrength, toward a smaller, more agile force including the ability to mobilize quickly. [The Army plans to cut about 50,000 from a force of 570,000. In 2001 there were 482,000.]

5. A corresponding shift toward advanced capabilities including Special Operations Forces, new technologies such as intelligence, surveillance and reconnaissance (ISR) and unmanned systems, and cyberspace capabilities.

Here are the new military priorities, according to Obama’s war doctrine (notice the omission of counter-insurgency, a previous favorite):

• Engage in counter-terrorism and irregular warfare.

• Operate effectively in cyberspace and space.

• Defend the homeland and provide support to civil authorities.

In an article critical of the military and titled “A Leaner, More Efficient Empire,” progressive authors Medea Benjamin and Charles Davis wrote:

“In an age when U.S. power can be projected through private mercenary armies and unmanned Predator drones, the U.S. military need no longer rely on massive, conventional ground forces to pursue its imperial agenda, a fact President Barack Obama is now acknowledging. But make no mistake: while the tactics may be changing, the U.S. taxpayer — and poor foreigners abroad — will still be saddled with overblown military budgets and militaristic policies.

“‘Over the next 10 years, the growth in the defense budget will slow,’ the president told reporters, ‘but the fact of the matter is this: It will still grow.’ In fact, he added with a touch of pride, it ‘will still be larger than it was toward the end of the Bush administration,’ totaling more than $700 billion a year and accounting for about half of the average American’s income tax. So much for the Pentagon’s budget being slashed.”

The Obama Administration’s so-called pivot to the Asia-Pacific region, actually East and South Asia (including India) and the Indian Ocean area, was unveiled last fall — first in an article in Foreign Policy magazine by Secretary of State Hillary Clinton titled “America’s Pacific Century,” then with attendant fanfare by President Obama on his trip to Hawaii, Australia and Indonesia.

The “pivot” involves attempting to establish a U.S.-initiated free trade zone in the region, while also strengthening Washington’s ties with a number of existing allied countries, such as Japan, South Korea, the Philippines, Vietnam, Thailand and India, among others. A few of these allies have sharp disagreements with China about claims to small islands in the South China Sea, a major waterway for trade and commerce. The U.S., while saying it is neutral, is siding with its allies on this extremely sensitive issue.

Over the months it has become clear that the principal element of the “pivot” is military, and the allies are meant to give the U.S. support and backing for whatever transpires.

The U.S. for decades has encircled China with military might — spy planes and satellites, Navy warships cruising with thousands of personnel nearby and in the South China Sea, 40,000 U.S. troops in Japan, 28,000 in South Korea, 500 in the Philippines, many thousands in Afghanistan, plus a number of Pacific island airbases.

Now it turns out that the Navy is moving a majority of its cruisers, destroyers and aircraft carrier battle groups from the Atlantic to the Pacific. In addition old military bases in the region are being refurbished and new bases are under construction. Australia has granted Obama’s request to allow a Marine base to be established in Darwin to accommodate a force of 2,500 troops. Meanwhile, Singapore has been prevailed upon to allow the berthing of four U.S. Navy ships at the entrance to the Malacca Straits, through which enter almost all sea traffic between the South China Sea and the Indian Ocean, a key trade route.

An article in the Sept./Oct. 2012 Foreign Affairs by Andrew J. Nathan and Andrew Scobell, titled “The Sum of Beijing’s Fears,” paints a clear picture of American power on the coast of China:

“U.S. military forces are globally deployed and technologically advanced, with massive concentrations of firepower all around the Chinese rim. The U.S. Pacific Command (PACOM) is the largest of the United States’ six regional combatant commands in terms of its geographic scope and non-wartime manpower. PACOM’s assets include about 325,000 military and civilian personnel, along with some 180 ships and 1,900 aircraft. To the west, PACOM gives way to the U.S. Central Command (CENTCOM), which is responsible for an area stretching from Central Asia to Egypt. Before Sept. 11, 2001, CENTCOM had no forces stationed directly on China’s borders except for its training and supply missions in Pakistan. But with the beginning of the “war on terror,” CENTCOM placed tens of thousands of troops in Afghanistan and gained extended access to an air base in Kyrgyzstan.

“The operational capabilities of U.S. forces in the Asia-Pacific are magnified by bilateral defense treaties with Australia, Japan, New Zealand, the Philippines, and South Korea and cooperative arrangements with other partners. And to top it off, the United States possesses some 5,200 nuclear warheads deployed in an invulnerable sea, land, and air triad. Taken together, this U.S. defense posture creates what Qian Wenrong of the Xinhua News Agency’s Research Center for International Issue Studies has called a “strategic ring of encirclement.”

An article in Foreign Policy last January by Clyde Prestowitz asked: “Why is the ‘pivot’ a mistake? Because it presumes a threat where none exists but where the presumption could become a self-fulfilling prophecy and where others could deal with any threats should they arise in the future. Because it entails further expenditures far beyond what is necessary for effective defense of the United States and its interests. And because it reduces U.S. productive power, competitiveness, and long-term U.S. living standards by providing a kind of subsidy for the offshoring of U.S.-based production capacity.”

This development cannot be separated from the increasing economic growth and potential of China in relation to the obvious beginning of America’s decline. Washington may remain the world hegemon for a couple of more decades — and Beijing is not taking one step in that direction and may never do so. (Beijing seems to prefer a multipolar world leadership of several nations and regional blocs, as do a number of economically rising countries.)

“Sustaining U.S. Global Leadership,” as noted above, specified that the thrust of the Pentagon’s attention has now shifted to Asia. The most recent Quadrennial Defense Review already has informally identified China as a possible nation-state aggressor against which America must defend itself. The U.S. claims it is not attempting to contain China, but why the military buildup? It cannot be aimed at any other country in the region but China. Why also in his convention acceptance speech did Obama brag that “We’ve reasserted our power across the Pacific and stood up to China on behalf of our workers.”

The U.S. evidently is developing war games against China. On Aug. 2 John Glaser wrote in Antiwar.com: “The Pentagon is drawing up new plans to prepare for an air and sea war in Asia, presumably against China, in the Obama administration’s most belligerent manifestation yet of the so-called pivot to Asia-Pacific…. New war strategies called ‘Air-Sea Battle’ reveal Washington’s broader goals in the region,” including a possible war.”

The Aug. 1 Washington Post reported that in the games “Stealthy American bombers and submarines would knock out China’s long-range surveillance radar and precision missile systems located deep inside the country. The initial ‘blinding campaign’ would be followed by a larger air and naval assault.”

Both candidates have opportunistically interjected China-bashing into their campaigns, second only to Iran-bashing. Obama has several times told working class audiences that China is stealing their jobs. Romney fumes about China’s alleged currency “cheating.” Republican former Secretary of State Henry Kissinger sharply criticized both candidates Oct. 3 for “appealing to American suspicions of China in their campaigns.”

Kissinger, whose recent book “On China” we recommend, also wrote a piece in the March-April Foreign Affairs titled “The Future of U.S.-Chinese Relations — Conflict Is a Choice, Not a Necessity” that injects an element of understanding into the matter.

“The American debate, on both sides of the political divide, often describes China as a ‘rising power’ that will need to ‘mature’ and learn how to exercise responsibility on the world stage. China, however, sees itself not as a rising power but as a returning one, predominant in its region for two millennia and temporarily displaced by colonial exploiters taking advantage of Chinese domestic strife and decay. It views the prospect of a strong China exercising influence in economic, cultural, political, and military affairs not as an unnatural challenge to world order but rather as a return to normality. Americans need not agree with every aspect of the Chinese analysis to understand that lecturing a country with a history of millennia about its need to ‘grow up’ and behave ‘responsibly’ can be needlessly grating.”

Clearly, the Obama Administration is opposed to modern China even becoming “predominant in its region” once again, much less in the world. At this stage Washington is predominant in East Asia, and between its military power and subordinate regional allies it is not prepared to move over even within China’s own sphere. No one can predict how this will play out in 20 or 30 years, of course.