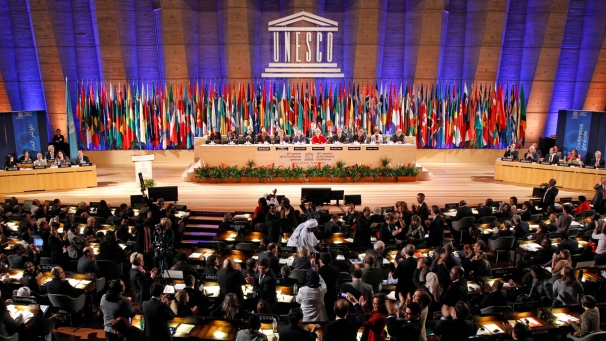 BEIRUT — As fall semester begins this week for colleges and universities, Lebanon’s 12 Palestinian camps and 12 campuses, continue to swelter under unseasonably high temperatures and heavy humidity with no early relief in sight.

Yet, there is finally some excellent news for college-age Palestinians in Lebanon where a record number of youngsters this semester will receive post-baccalaureate, four-year, 50% tuition scholarships with per camp enrollment t rates approaching those of the days before the PLO left Lebanon in August of 1982. The latter tragedy, it will be recalled, resulted in nearly unimaginable deprivations for the 300,000 refugees left behind who were quickly stripped of physical protection and civil rights, including the right to work and to own a home, as well as PLO jobs that numbered more than 40,000 and a PLO budget that as of early 1981 exceeded that of the whole government of Lebanon.

Special thanks for the new scholarship program goes to the Palestine Embassy’s hard working staff of 50 here, themselves often months behind in receiving their meager salaries from cash strapped Ramallah, as well as for the generosity of private donors from almost entirely Palestinian sources.

Promised American contributions for Palestinian scholarships have been quickly aborted as part of the current State Department campaign to pressure and punish the Palestinian Authority for daring to demand membership from the General Assembly.  The 22% of the UNESCO budget that was contributed by American taxpayers for years was recently cancelled, without any input, of course, from American taxpayers themselves. The reason was UNESCO’s impudence in granting Palestinian membership to this UN Specialized Agency.

European aid to Palestinians in Lebanon is also shrinking due to Washington warnings to the EU not to support the PA’s bid to become an “observer state” at the UN, according to a leaked State Department memo published in part by the London Guardian on October 1. The US memo urged Europeans “to support [American] efforts to block the bid.” The message was communicated to European representatives at the UN general assembly in New York last week and it warned of “significant negative consequences” for the Palestinian Authority, including financial sanctions, should it go ahead with the bid.

Donors to the Palestinian scholarship program in Lebanon are motivated partly by the declining college enrollment among Palestinians here, which over the past decade has seen lower per capita college enrollment than for Palestinian refugees in any other country according to UN and UNWRA statistics and well as NGO studies in Lebanon. This incongruity is highlighted by the fact that the Palestinian revolution was born of and nurtured in institutions of higher learning in Egypt, the Gulf countries, especially Kuwait and around the world. Many of the founders of the PLO including Arafat, Khalil al Wazir, (Abu  Jihad), Abu Iyad and countless others were educators. To this day the connection between the Palestinian revolution and the pursuit of education is indelibly linked.

The “President Abbas Scholarship Fund,” according to Harvard University’s Graduate School of Education, is one of the best run student scholarship assistance programs around.  Based on hours of interviews with students, college’s admissions offices, and meeting with the manager of the Beirut scholarship office which is part of the Palestine Embassy’s culture department, the former personal Secretary to Yassir Arafat, Maher Moshal, Harvard’s assessment appears to be accurate.

The application process and administration of the program, which last year aided 1,003 students and this year will assist 1,750, can be briefly summarized.

Every Palestinian in Lebanon is eligible to apply.  Currently discussions are being held in Ramallah to decide whether Palestinian refugees from Syria can be included this semester.

A long application and vetting process is required using a point system based on family need, cumulative Grade Point Average (GPA) and many social-economics  factors including physical location in the camps, whether the family rents or “owns” one of  the camp hovels, family makeup, possible parental disabilities due to service in the Palestinian resistance, survivors benefits, recommendations from camp Popular Committees and staff at UNWRA’s camp offices, detailed records from years of attendance in UNWRA elementary and secondary schools, or private schools.

In order to help as many students as possible, students receiving a scholarship from the Palestinian Fund cannot accept any other scholarship.  Counseling of enrolled students and monitoring their progress regarding attendance and mid-term and final exam performance tends to encourage students to excel, the Palestine Embassy reports.

Perhaps unlike most other students, including those in Lebanon, interviews with Palestinian students from Lebanon’s camps reveal special concerns directly connected with their refugee status and lack of civil rights. For example, even though the tuition costs here are predictably higher at private colleges and universities than at the large state funded Lebanese University, Palestinians tend prefer the former including, Lebanese International University, Beirut Arabic University (BAU), American University of Culture and Education,(AUCE), Arts, Sciences & Technology University In Lebanon (AUL)  and the very expensive American University of Beirut (AUB).

The reasons include the fact that the less expensive Lebanese University has many quotas and restrictions placed by Lebanese law on Palestinian refugees.  Employing, “space availability”, tactics, limitations on disciplines that Palestinians can enroll in, fixed quotas, and recent disclosures that LU has become higher confessionalized like much the rest of Lebanese society has led to accusations of grade fixing, discrimination based on sect, unfair approvals by certain faculty to allow certain students credit when none is due for the simple reason of politicians contacting the professors or administrators of various departments to assert some wasta ( personal favor) on behalf of a family, tribal, or confessional member.

On the other hand, in private colleges, Palestinian refugees study on a level playing field.

Other special concerns expressed by some Fall Semester Palestinian students include issues such as library hours.  One problem is that often Palestinian students want to be able to study late and early at campus libraries given the difficulties of studying in the camps due to lack of electricity, no internet, and a paucity of basics such as portable water, a quiet place to study, congestion due to refugees from Syria, and sometimes security issues.

For example, visiting Jalil (Wavell) camp near Baalbek last week, this observer was briefed on the typical kinds of problems students in the camps face.

One such example follows, although there are many travails burdening the camps that impact aspiring students.  In Jalil camp, UNRWA’s technical team recently discovered serious construction violations in the camp’s well that cause raw sewage and other contaminants to pollute the drinking water.  Contamination of the al-Jalil camp water has been a problem for years, but now the Palestinian popular committees say they have been forced to shut down the well.

One student explained: “We are being made to pay for this, in this scorching heat and at a time when the camp is very overcrowded because of the poor Palestinian refugees from Syria.”

According to a Jalil Camp Popular Committee official, the camps only well had to be sealed “to prevent the spread of an epidemic inside the camp, which could kill 6,000 of the 10,000 residents as well as the Palestinian refugees from Syria who have come here.” Students and camp residents across Lebanon dispute the UNRWA 2011 achievement report that asserts that wells have been dug in all Palestinian camps and that all “are fit for drinking, including al-Jalil camp.”

One UNRWA official, quoted on October 3 by Beirut’s Al-Akhbar newspaper, on the condition of anonymity, does not deny the accusations of building violations, but insists that the well is not contaminated “all this time” and UNWRA does not see “any dereliction of duty in treating the problem.”  The official claims that the people of the camp will have to “wait for the engineer in charge of resolving the problem of the well to finish his work. In the meantime, the water quality is at its worse this time of year but can be used if it is properly boiled,” adding that it is “not possible for UNWRA to dig a new well in al-Jalil given the state of emergency in the rest of the camps in Lebanon.”

Against a backdrop of many such problems and challenges, more Palestinian refugees in Lebanon than in recent memory will enter university this fall semester. Preparing, as many insist, to take up their national resistance duties and reconstruct their country and reclaim much of their purloined culture upon returning to Palestine.