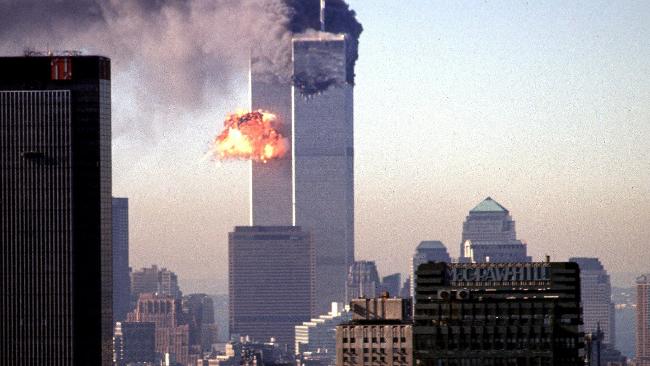 It makes no sense that the “mastermind” of the most humiliating blow in world history ever to have been delivered against a superpower would not claim credit for his accomplishment. By September 11, 2001, Osama bin Laden knew that he was deathly ill. According to news reports he underwent kidney dialysis the following month. The most reliable reports that we have are that he died in December 2001. It is simply not credible that bin Laden denied responsibility because he feared Washington.

But Osama bin Laden was too useful a bogeyman, and Washington and the presstitute media kept him alive for another decade until Obama needed to kill the dead man in order to boost his sinking standings in the polls so that Democrats would not back a challenger for the Democratic presidential nomination.

Numerous bin Laden videos, every one pronounced a fake by experts, were released whenever it was convenient for Washington. No one in the Western media or in the US Congress or European or UK parliaments was sufficiently intelligent to recognize that a bin Laden video always showed up on cue when Washington needed it. “Why would the ‘mastermind’ be so accommodating for Washington?” was the question that went through my mind every time one of the fake videos was released.

One would think that these revelations would cause a sensation, but the news media, Congress, the White House, and the public were silent.

All of this bothered me a great deal. The US had invaded two Muslim countries based on unsubstantiated allegations linking the two countries to 9/11, which itself remained uninvestigated. The neoconservatives who staffed the George W. Bush regime were advocating more invasions of more Muslim countries. Paul O’Neill, President Bush’s first Treasury Secretary, stated publicly that the Bush regime was planning to invade Iraq prior to 9/11. O’Neill said that no one at a National Security Council meeting even asked the question, why invade Iraq? “It was all about finding a way to do it.”

The leaked top secret Downing Street Memo written by the head of British intelligence (MI6) confirms Paul O’Neill’s testimony. The memo, known as the “smoking gun memo” whose authenticity has been confirmed, states that “President George W. Bush wants to remove Saddam Hussein, through military action, justified by the conjunction of terrorism and WMD. But the intelligence and facts were being fixed around the policy.” In other words, the US invasion of Iraq was based on nothing but a made up lie.

If airliners brought down two skyscrapers, why was controlled demolition used to bring down a third building?

I assumed that structural architects, structural engineers, and physicists would blow the whistle on the obviously false story. If I could see that something was amiss, certainly more highly trained people would.

The first physicist to make an effective and compelling argument was Steven Jones at BYU. Jones said that explosives brought down the twin towers. He made a good case. For his efforts, he was pressured to resign his tenured position. I wondered whether the federal government had threatened BYU’s research grants or whether patriotic trustees and alumni were the driving force behind Jones’ expulsion. Regardless, the message was clear to other university based experts: “Shut up or we’ll get you.”

Steven Jones was vindicated when chemist Niels Harrit of the University of Copenhagen In Denmark reported unequivocally that the scientific team in which he participated found nano-thermite in the residue of the twin towers. This sensational finding was not mentioned in the US print and TV media to my knowledge.

Several years after 9/11, architect Richard Gage formed Architects and Engineers for 9/11 Truth, an organization that has grown to include 1,700 experts. The plans of the towers have been studied. They were formidable structures. They were constructed to withstand airliner hits and fires. There is no credible explanation of their failure except intentional demolition.

I also found disturbing the gullibility of the public, media, and Congress in the unquestioning acceptance of the official stories of the shoe-bomber, shampoo and bottled water bomber, and underwear bomber plots to blow up airliners in transit. These schemes are farcical. How can we believe that al Qaeda, capable of pulling off the most fantastic terrorist attack in history and capable of devising improvised explosive devices (IEDs) that kill and maim US troops and destroy US military vehicles would rely on something that had to be lighted with a match? The shoe and underwear bombers would simply have pushed a button on their cell phones or laptops, and the liquid bomb would not have required extended time in a lavatory to be mixed (all to no effect).

None of this makes any sense. Moreover, experts disputed many of the government’s claims, which were never backed by anything but the government’s story line. There is no independent evidence that anything was involved other than firecracker powders.

The case of the underwear bomber is especially difficult to accept. According to witnesses, the underwear bomber was not allowed on the airliner, because he had no passport. So an official appears who walks him onto the airliner bound for Detroit on Christmas day. What kind of official has the authority to override established rules, and what did the official think would happen to the passenger when he presented himself to US Customs without a passport?  Any official with the power to override standard operating practices would know that it was pointless to send a passenger to a country where his entry would be rejected.

The circumstantial evidence is that these were orchestrated events designed to keep fear alive, to create new intrusive powers for a new over-arching federal policy agency, to accustom US citizens to intrusive searches and a police force to conducting them, and to sell expensive porno-scanners and now more advanced devices to the Transportation Safety Administration. Apparently, this expensive collection of high-tech gadgetry is insufficient to protect us from terrorists, and in August 2012 the Department of Homeland Security put in an order for 750 million rounds of ammunition, enough to shoot every person in the US 2.5 times.

Naive and gullible Americans claim that if some part of the US government had been involved in 9/11, “someone would have talked by now.”  A comforting thought, perhaps, but nothing more.  Consider, for example, the cover-up by the US government of the 1967 Israeli attack on the USS Liberty that killed or wounded most of the crew but failed to sink the ship. As the survivors have testified, they were ordered in a threatening way not to speak about the event. It was twelve years later before one of the USS Liberty’s officers, James Ennes, told the story of the attack in his book, Assault on the Liberty. I continue to wonder how the professionals at the National Institute of Standards and Technology feel about being maneuvered by the federal government into the unscientific position NIST took concerning the destruction of the WTC towers.

What will be the outcome of the doubts about the official story raised by experts? I worry that most Americans are too mentally and emotionally weak to be able to come to grips with the truth. They are far more comfortable with the story that enemies attacked America successfully despite the massive national security state in place. The American public has proved itself to be so cowardly that it willingly, without a peep, sacrificed its civil liberty and the protections of law guaranteed by the Constitution in order to be “safe.”

Congress is not about to expose itself for having squandered trillions of dollars on pointless wars based on an orchestrated “new Pearl Harbor.”  When the neoconservatives said that a “new Pearl Harbor” was a requirement for their wars for American/Israeli hegemony, they set the stage for the 21st century wars that Washington has launched. If Syria falls, there is only Iran, and then Washington stands in direct confrontation with Russia and China.

Unless Russia and China can be overthrown with “color revolutions,” these two nuclear powers are unlikely to submit to Washington’s hegemony. The world as we know it might be drawing to a close.

If enough Americans or even other peoples in the world had the intelligence to realize that massive steel structures do not disintegrate into fine dust because a flimsy airliner hits them and limited short-lived fires burn on a few floors, Washington would be faced with the suspicion it deserves.

If 9/11 was actually the result of the failure of the national security state to deter an attack, the government’s refusal to conduct a real investigation is an even greater failure. It has fallen to concerned and qualified individuals to perform the investigative role abandoned by government. The presentations at the Toronto Hearings, along with the evaluations of the Panel, are now available, as is the documentary film, “Explosive Evidence—Experts Speak Out,” provided by Architects and Engineers for 9/11 Truth.

The government’s agents and apologists try to deflect attention from disturbing facts by redefining factual evidence revealed by experts as the product of “a conspiracy culture.” If people despite their brainwashing and lack of scientific education are able to absorb the information made available to them, perhaps both the US Constitution and peace could be restored. Only informed people can restrain Washington and avert the crazed hegemonic US government from destroying the world in war.