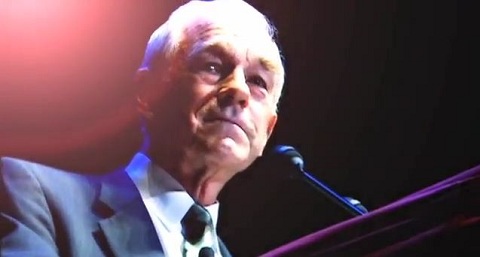 Briefly, for background: Matt Johnson wrote a column critical of Ron Paul’s foreign policy positions at PoliticalFiber.com titled “The Rest of the World: Ron Paul Revelations”. I wrote a rejoinder at Foreign Policy Journal titled “Ron Paul’s Crimes Against the State Religion”. Matt then requested that I publish his response at FPJ, which I did, titled “The Ron Paul Brigades March on, Undeterred by Reality”. Here now is my further reply.

Matt Johnson insists that I premised my previous response to him by “mischaracterizing” his argument against Ron Paul’s foreign policy views by suggesting that what he really means by calling Dr. Paul “reactionary” “is that Ron Paul’s views and his positions are extreme, outside of the standard framework for discussion, and his arguments against the status quo and current political establishment outside of the limited range of acceptable criticism and dissent.” If this interpretation is incorrect, Matt offers no evidence for it. On the contrary, his reply strongly reinforces my point. He continues to make clear that Ron Paul’s true sin is that he isn’t an obedient practitioner of the state religion across a broad range of foreign policy issues.

A perfect example is how Ron Paul points out that the reason the U.S. was attacked on 9/11 was because of its foreign policy. Matt calls this a “myth”, but, instructively, offers nothing in the way of an alternative explanation for why terrorists attacked American targets on 9/11. Does he agree with Bush’s explanation that it is because “they hate our freedom”? I don’t know because, again, Matt doesn’t bother to offer an explanation of any kind. What I do know is that Ron Paul’s statements in this regard are completely uncontroversial, Matt’s remarkable willful ignorance notwithstanding. The 9/11 Commission Report, for example, notes that Osama bin Laden’s “grievances against the United States” were “widely shared in the Muslim world. He inveighed against the presence of U.S. troops in Saudi Arabia, the home of Islam’s holiest sites. He spoke of the suffering of the Iraqi people as a result of sanctions imposed after the Gulf War, and he protested U.S. support of Israel.”

In response to my pointing out the uncontroversial fact that these were the primary reasons cited by the al-Qaeda for the 9/11 attacks, Matt writes, “When East Timor was finally granted its independence from Indonesia in 2002, al-Qaeda responded with a bomb that killed 202 people in Bali. In other words, to avoid upsetting al-Qaeda, we’d have to leave East Timor shackled to its brutal Indonesian masters. If Hammond and others believe al-Qaeda will recede after its initial demands are met, they’re entitled to their ignorance.” What is Matt’s point? Is he tacitly acknowledging that the reason for the 9/11 attacks was U.S. foreign policy but trying to argue that they would have occurred even if those policies never existed? Or is he trying to suggest that the U.S. was not attacked because of its foreign policy, but rather because he believes George W. Bush’s explanation that “they hate our freedom”? Was Osama bin Laden lying when he repeatedly stated his grievances against the U.S. for all those years? He really didn’t have a problem with any of those U.S. policies, he just hates freedom or is jealous of America’s wealth (even though he’s from one of the wealthiest families in Saudi Arabia)? Moreover, has anyone suggested the U.S. should abandon East Timor (incidentally, the U.S. fully supported Indonesia’s genocidal invasion East Timor in 1975)? Is he trying to attribute to Ron Paul and me a belief that the U.S. should or should not engage in this or that policy solely “to avoid upsetting al-Qaeda”?

It’s a familiar refrain. During one of the presidential debates prior to the 2008 election, for example, when Ron Paul expressed his opposition to these policies and the war and occupation of Iraq, arguing that they harmed U.S. national security, FOX news’s Chris Wallace constructed the strawman argument, “You’re basically saying that we should take our marching orders from al-Qaeda?” to which Ron Paul responded “No! I’m saying we should take our marching orders from our Constitution. We should not go to war… (applause) We should not go to war without a declaration. We should not go to war when it’s an aggressive war.” It would seem at first that it is beyond Matt’s comprehension that people who oppose such policies might do so for such reasons as that they are illegal or immoral, except for the fact that further on he acknowledges that that U.S.’s murderous sanctions against Iraq were “immoral” and, he seems to agree, a “crime”. What are we to make of this? If Matt can oppose one of the policies for which the U.S. was attacked on 9/11 on the grounds that it was illegal and immoral, why, when Ron Paul opposes the same policy, is it only “to avoid upsetting al-Qaeda”? Would he agree with former Secretary of State Madeleine Albright that the “price” of half a million dead Iraq children, even if “immoral” and a “crime”, was nevertheless “worth it”, if only to avoid having to “take our marching orders from al-Qaeda”? Matt’s argument for why it is a “myth” that the U.S. was attacked on 9/11 because of its foreign policy is perfectly incoherent.

Matt writes that I was “exactly wrong on the origin and survival of al-Qaeda” and that “history disagrees with” me on this point, but it’s unclear what point of fact or logic he is actually disputing (apart from a strawman argument I didn’t make and thus needn’t debate). I observed that the U.S. “funded, trained, and armed the mujahedeen in Afghanistan and encouraged the creation of al-Qaeda in the first place (bin Laden’s Maktab al-Khidamat, the precursor organization to al-Qaeda, operated alongside the CIA out of Peshawar, Pakistan).” Matt doesn’t deny the truth of this. On the contrary, he implicitly acknowledges this fact. And yet just the act of having made these factual observations, in Matt’s paradigm, shows my yearning “to blame the United States for the atrocious existence of al-Qaeda” and, furthermore, constitutes an effort to “exculpate the murderers and sadists”. Considering his charge that I was “mischaracterizing” his argument, Matt’s hypocrisy is difficult to ignore, and, of course, he just proves the main point of my original rejoinder, that when Matt says that Ron Paul is “reactionary”, what he really means is that Dr. Paul states truths Americans aren’t supposed to hear. Pointing out such truth is a crime against the state religion, as Matt illustrates so perfectly in his hysterical accusations against Ron Paul (and me).

Matt rejects as a “myth” my statement that “acts of terrorism are crimes to be properly dealt with through law enforcement, such as the cooperative efforts with the Pakistani government that led to the arrest of 9/11 mastermind Khalid Sheikh Mohammed” (KSM). He doesn’t elaborate, but clearly what he means is that terrorism is an act of war properly dealt with through military force. He produces no evidence to support such a view. He writes, “If Hammond has a ‘law enforcement’ solution to the problem of state-sponsored succor for al-Qaeda, he failed to mention it.” It’s true, I didn’t elaborate much on means by which the crime of terrorism may be combatted, apart from the example of KSM and addressing root causes of terrorism (i.e., stop committing terrorism, stop illegal and immoral policies terrorists cite as justification for their own acts of terrorism, etc.) One could certainly get into that, but it is tangential to my point. The fact of the matter is that there are only two instances in which the use of force is legitimate under international law: cases of self-defense against armed aggression, and cases where the U.N. Security Council has authorized the use of force. The U.S. claim in its so-called “war on terrorism” to what is alternatively described as “anticipatory self-defense”, “preemptive”, or “preventive” war is without foundation in international law, under which it is indistinguishable from a war of aggression, “the supreme international crime, differing only from other war crimes in that it contains within itself the accumulated evil of the whole”, as defined at Nuremberg. Under existing international law, acts of terrorism by non-state actors are distinguished from the use of armed force by state actors. International terrorism is a criminal offense lesser than “the supreme international crime” of aggression, and the mechanisms for dealing with the crime of terrorism recognized under international law are law enforcement mechanisms, such as cutting off of financing to terrorist groups and seizure of funds, arrests, extraditions, prosecutions, etc.

Matt points out that, in the wake of the 9/11 attacks, Ron Paul actually voted in favor of the Congressional authorization for the president “to use all necessary and appropriate force against those nations, organizations, or persons he determines planned, authorized, committed, or aided the terrorist attacks that occurred on September 11, 2001, or harbored such organizations or persons, in order to prevent any future acts of international terrorism against the United States by such nations, organizations or persons”. Indeed, this act of Ron Paul’s contradicts his often stated and correct view that acts of terrorism are crimes to be dealt with through law enforcement, and offers an example of a deed for which one may legitimately criticize Dr. Paul. He was wrong to vote in favor of that authorization, and it is clear that he regrets the manner in which the president executed it.

In his original article, Matt criticized Ron Paul because he “constantly reiterates the importance of avoiding ‘foreign entanglements’”. I pointed out that this was the foreign policy prescription of the “father of our country”, our first president, George Washington, in his farewell address to the nation. In his reply, Matt merely reiterates his rejection of a policy of non-intervention. He makes it perfectly clear that he is all for getting into “foreign entanglements”—such as the illegal and disastrous war on Iraq, to cite just one example. His argument against a policy of non-intervention is that “Congressman Paul would like to take the United States back to a time before the concept of an ‘international community’ existed.” How remarkable! The nations of the world that had diplomatic relations with and traded with each other back in 1796, when Washington offered his advice on U.S. foreign policy, would surely be surprised to learn, if we could go back in time and inform them, that they were not members of an international community. What can explain this comment? One should note that the phrase “international community” is often employed as a euphemism, meaning the world order as dictated by Washington, D.C. If this is how Matt is using the term, it might explain the comment. Matt could just as well have argued that Congressman Paul would like to take the U.S. back to a time before it launched illegal wars of aggression on false pretexts. Matt’s respect for the opinions of mankind and his regard for the “international community”, ironically, don’t extend to respecting the body of international treaties that constitute international law.