The Way It ‘Spozed to Be: the Sanitized Version of U.S. History 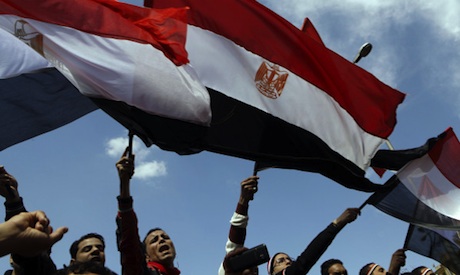 This monograph from the RAND Corporation, “a nonprofit institution that helps improve policy and decision making through research and analysis,” presents the history of the democracy movements around the world the way “it ‘spozed to be.” It is a sanitized version of events, cleansed of any U.S. involvement—except after democracy has already poked its head up—denying by simple omission that the U.S. had any part to play in the various democracy fights—and the underlying non-democratic nature in many of the states.

For good reason—the historical record clearly shows there is enormous U.S. investment in changing regimes around the world to suit their own geopolitical purposes. This investment belongs to the military’s overt and covert operations in many countries, and it also belongs to the financial institutions that influence, control, and ‘persuade’ governments to various courses of action, mostly non-democratic.

The monograph is structured and repetitive. It is essentially in five parts, the first part not given as a “part”, but with a thirty-five page summary of what is to follow, it is an integral part of the book. For that matter, it is the best part of the book and makes reading the rest of it somewhat unnecessary.

The following three parts look at democracy movements. The first part discusses concepts and context, with mostly vague common sense propositions for the concepts and a large void for the context. Certainly, the work tries to give some background for each area discussed, but it is minimal and as already stated, almost fully sanitized as to any U.S. involvement or as to why the states were non-democratic in the first place.

The second part looks at the Arab winter and spring. The third part looks at other areas of the world to try and see some comparisons: Southern Europe, Latin America, Eastern Europe, South Asia and Sub-Saharan Africa.

The sections within the latter parts are similarly repetitive, perhaps providing a modicum of information for names, dates, and places, but again mostly empty of context in a truly global foreign policy manner—which is what RAND is supposed to be about, after all. The final section, on lessons and policy implications, is rather vague—some feel-good statements and common sense generalities, but nothing profound or fundamentally new.

Its goal is to “bridge academic’s world…and policy world’s interest”— task which it may well have achieved, notwithstanding the poverty of the presentation. It supposes to ask why there was no democracy in the Arab world, and proposes three suppositions: first, the culture, the old Orientalist view of the wrong kind of culture for democracy; secondly, is oil, obviously a major part, but an overwhelmingly under-developed prospect. Finally, Israel is mentioned, as it is infrequently, and again this supposition is never addressed, except for a few passing mentions, and the all too frequent fantasy that Israel is the only democracy in the Middle East.

A world without “America”

As I have indicated elsewhere, when reviewing a book, I look for the use of language, the inherit contradictions in the work, and the context within which it is written. The language in this work is mostly academically neutral with only a few indicators of the writers’ biases. There are a few contradictions in the text, and there probably would be many more if the context was represented—so at best, instead of contradictions, the true phrase would have to be double standards. Finally, the context, that even when they say they are giving the reader some context, the writers fall woefully short of even coming close to a realistic context.

The world I have known for the past fifty years is replete with U.S. interventions in other countries, militarily and institutionally, mostly economic institutions (IMF, WTO, NATO, OECD, et al). With over 800 military bases around the world and in over 120 countries, with the largest military budget in the world by far, with the largest record of interventions into other countries, or supporting their cronies and elites of other countries, it is hard to imagine a history written without any mention of U.S. military adventurism taken into account when talking about democracy.

Similarly, with control over many of the world’s large financial institutions, with its currency being the reserve currency for global interactions, with its stress on “free market capitalism and trade liberalization” whose agreements are all written in secret by very non-democratic actors (business lawyers, CEOs, politicians), it is hard to imagine a history written without any mention of U.S. economic adventurism taken into account when talking about democracy.

Just a few points on language, some from Africa, some from South America.

In Libya, the rebel group is describes as “ragtag groups of rebels steadily gaining ground in their ultimately successful quest to push Libya’s dictator from power.” 300 pages or so later, there is some recognition that they had NATO air support, but there is no mention of historical U.S. animosity to the regime, the use of special ops trainers, nor even that NATO is primarily a mercenary extension of the U.S. forces.

Another aspect of language use is the common conflation of democracy with free markets and trade liberalization. This is implied more than stated, but it is implied repeatedly. At the same time, when discussing sub-Saharan Africa, Asia, and Latin America, the context of free markets and trade liberalization is given very short treatment, without recognition of the predations of the IMF and World Bank’s structural adjustment programs (SAP, now restated as “austerity measures”). The evidence they do give for the economic situation in many countries and how bad it is—in particular poverty for the masses, wealth for the elites—reflects the results of the SAP interventions. Certainly the GDP in many countries has risen, but after a depression or recession that is not hard to achieve if a few billionaires arrive on the scene—the GDP being economists’ favorite measurement of success, but is really one of the worst measurements of economic success

As the main subject of the work, democracy itself is rather well undefined. By implication, it involves a series of institutions, a constitution, a set of civil societies, and free elections. Two large double standards stand out throughout these discussions.

First is the requisite that a country needs a constitution. This contradicts Israel being a democracy—along with its many other non-democratic actions such as occupations, torture, annexation, civil structural demolitions, martial law and on. It is becoming increasingly a relevant topic within the U.S. where the constitutional processes are being bypassed by the executive branch and ignored by Congress.

Several times in the work, it is stated that a democracy must put its military under civilian control. On paper, that is where the U.S. military is, but as the U.S. economy is largely influenced by military corporations, and where much of its budget is off the record, there certainly is no democracy in the control and running of the U.S. military. It is also repeated that “elections are not sufficient to create democracy, but they are clearly necessary.” This provides an interesting contrast to the U.S. spectacle of never ending election cycles, and election processes that carry on for months and years and require hundreds of millions of dollars for success—a grand spectacle but hardly a democratic process in an almost single party state.

Another repeated statement is that there are “no longer any widely recognizable alternatives to democracy in terms of expressed ideologies,” restated much later that “No … governments openly propose any transplantable alternative to democracy. Institutions in the international system promote democracy as a universal norm.” Of course, this arises partly from the self-proclaimed belief that the U.S. is the ultimate model of democracy, and that free markets and trade liberalization (more realistically corporate control of the world’s finances) are democratic. It also denies the many interventions made by the U.S. to destroy democratic governments (Iran, Chile, Brazil, most of Central America, Greece, Grenada to name a few) before they proved to be a good alternative and democratic working model to the U.S. system.

The authors indicate that the current governments of Venezuela, Ecuador, and Bolivia are “semi-authoritarian populist” governments, opposing most indicators that say they are quite democratic and have the support of the people (that’s the “populism” part, wouldn’t do to have the support of the people in the implied democracy of the “elites.”) What it really says is that these governments are popularly elected, have as good if not better democratic tendencies than some of their neighbors, and are opposed to a degree to U.S. corporate and military behaviors. This can be compared to current U.S. support for recent coups in Paraguay and Honduras, continuing the pattern of U.S. anti-democratic actions in Latin America.