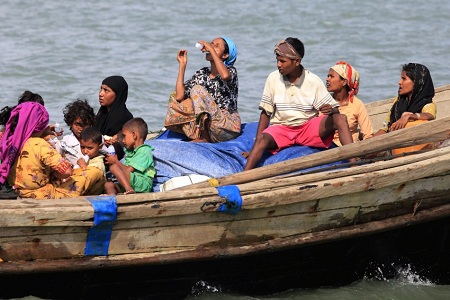 In early June, Burma (renamed Myanmar by the ruling military regime) saw the eruption of riots between the ethnic Rakhine and Rohingya Muslims. This riot, as William Lloyd George put it, “expose[s] the true depth of racism and xenophobia in Myanmar.” A month later, it appears that this conflict not only showcases Burmese society’s mindset, but also reflects the mindset of various government, military officials and essentially, the state as a whole toward the Rohingya.

The riots seem to have been catalyzed by the rape of Rakhine woman by three Rohingya men. Following this, ten non-Rohingya Muslims were dragged off a bus and beaten to death in what appears to have been an act of retaliation. Five days later, hundreds of Rohingya men went through various Rakhine villages, burning houses and looting and beating up Rakhine men. This seemingly escalated the conflict further and thus, caused a series of tit for tat acts of violence between the two communities. As expected, the blame game began as soon as the conflict, with both sides pointing the finger toward the other and portraying itself as the victim in the conflict.

As the conflict continued to escalate, the Burmese government was quick to respond by declaring a state of emergency in the region, instigating martial law. The Burmese government’s quick deployment of five military battalions and provision of various forms of relief for those affected in the early stages of the conflict won praise from the US, with the US Embassy in Rangoon’s Chargé d’Affaires, Michael Thurston stating, “This is something we would not have seen in the past. The government is trying to help everybody who needs it whether that is Rakhine Buddhists or Muslims.”

However, organizations like Human Rights Watch have alleged that the Burmese security forces have committed various Human Rights abuses through the use of unlawful force and by arbitrarily arresting various people. Human Rights Watch also alleges that these abuses are primarily being focused upon the Rohingya Muslim population.

Considering the UN’s labeling of the Rohingya as “one of the most persecuted minorities in the world”, the alleged participation of Burmese military officials, and the fact that the Rohingya are not even classified as citizens by the Burmese government, it shouldn’t have been as surprising when the Burmese president told the UNHCR Chief, Antonio Guterres, that ”Burma will take responsibility for its ethnic nationalities but it is not at all possible to recognize the illegal border-crossing Rohingyas who are not an ethnic [group] in Burma.”

President Then Sien further went onto offer handing over the Rohingyas to the UNHCR and to any third country “that are willing to take them.” Coming out in support of their president, the head of the Rakhine Nationalities Development Party or RNDP, suggested that “Just like refugees in other countries, feed them with the UNHRC’s support and there’ll be third countries who sympathize with them and are willing to provide them with citizenship in their countries.”

In response, the UNHCR, rightly, rejected the proposal, with Antonio Guterres stating “The resettlement programs organized by UNHCR are for refugees who are fleeing a country to another, in very specific circumstances. Obviously, it’s not related to this situation.”

Guterres has since stated that the Rohingya plight needs to be eased by “a message of humanity from the international community” and to “to urgently deliver humanitarian aid without discrimination to the two communities.” Guterres also suggested “it would be important to effectively grant Myanmar nationality to all those members of the Muslim community that have the right to it according to the law.”

The ASEAN Inter-Parliamentary Myanmar Caucus (AIPMC) President, Eva Kasuma Sundari echoed this suggestion, stating, “The Rohingya who have lived in Myanmar for generations must be recognized and granted citizenship. The government has a duty to protect and provide for these people.” She went onto say that President Then Sien’s suggestion “betrays the systematic persecution of the Rohingya population for generations.”

She further went on to criticize President Obama’s decision to ease economic sanctions on Myanmar despite the Burmese government’s blind eye toward “clear violations of international law in the persecution of the Rohingya by neighboring Arakanese, as well as the Myanmar government‘s refusal, on ethnic and religious grounds, to grant them citizenship.”

Despite the explicit and sustained persecution of the Rohingya in recent months, it seems that the international community is still unaware of the impending humanitarian crisis that is developing in Myanmar or even if it is aware, it’s choosing to turn a blind eye to these developments. Whether or not the Rohingya are ethnic members of the Burmese population, it does not take a rocket scientist to conclude that the actions of the so-called “reformist” Burmese government are designed to target, subjugate and possibly eliminate a specific minority.

However, what is further appalling is the lack of pressure that has been put upon the Burmese government by the international community, despite the efforts of the UNHCR and AIPMC. Instead, the national governments of India and the United States remain silent on the matter.

Both India and the US have begun to improve relations with Myanmar. With Thein Sein’s government having come into power, the US is doing everything in its power to encourage and support the civilian government, with many considering Myanmar to be another part of the Asian pivot.

American support was furthered with the removal of economic sanctions earlier this week, an act that Patrick Cronin justified as “a matter of pragmatism and priority” and linking the US economic engagement with how much the US “wants to try to help Myanmar’s (pro-democratic) reforms succeed.” This makes sense considering how the Burmese military junta took power in 1962 and maintained a monopoly upon governance until recently. Even now, they constitution still provides them with 25% control over the legislature.

However, the question arises is the US going to sit idly while a state attempts to subjugate and persecute an ethnic minority? This also brings in India’s lack of concern with regard to the matter. The Rohingya are essentially people of Indo-Bangladeshi origin who immigrated to Myanmar in colonial and pre-colonial years.

Despite India and the US’s attempt to woo Myanmar away from the Chinese sphere of influence and their attempt to support the pro-reform government in Myanmar, both countries need to take a proactive stand in preventing this developing refugee crisis from worsening.

Don’t get me wrong, I’m not suggesting any form of intervention. However, I do believe that both these nations need to put diplomatic pressure on the regime to protect the basic human rights of the Rohingya. If these countries can’t be pro-active at this point and the situation does worsen; not only would we be looking at a massive humanitarian catastrophe, but also the fall of Thien Sein’s pro-reform government the US seems so eager to protect. 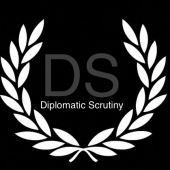 Pranay Ahluwalia is a student of international relations and economics at the American University’s School of International Service in Washington D.C. He is also the founding editor at Diplomatic Scrutiny (www.diplomaticscrutiny.com).