Costly ‘Freedom’ in Afghanistan: On Morbid Wars and Logic 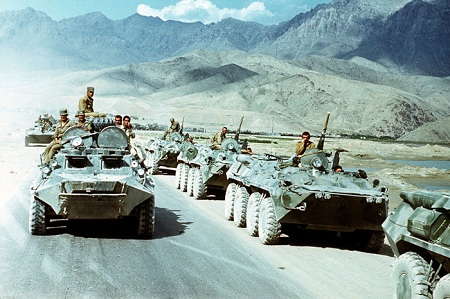 The Afghans are a proud people with a long and formidable history of resistance to foreign occupation. The fact that they have always prevailed, however, should not distract from the horror they still routinely experience. The latest atrocious episode against Afghans took place on March 11 in the village of Balandi, when accused US Army Staff Sgt. Robert Bales killed 16 innocent people while they were sleeping peacefully.

Balandi is located in the Panjwai District of Kandahar Province, which has seen some of the toughest resistance to the US-NATO occupation of the country. Kandaharis have received a bad reputation for spoiling the war party devised by the US, NATO, and their corrupt local allies.

In a way, Balandi is a microcosm of Afghanistan.

When the US-led bombing campaign of Afghanistan commenced in October 2001, many commentators cheered. In a strikingly unequal war—with the world most advanced nations attacking the world’s poorest—the US wanted to teach al-Qaeda terrorists a lesson. The latter quickly disbanded and poured through neighboring borders across the region (the violent network is now being sighted in several Arab countries). Meanwhile, the Afghani people shouldered the brunt of the war. Tens of thousands have since perished in a vengeful war they had no part in creating.

Many commentators have supported the war, rationalized it, or simply pretended it was not happening. The Afghans seemed to be dispensable on account of their being less ‘civilized’ somehow. The war was presented as a ‘good war’, with a rationale that swayed the likes of Christopher Hitchens, who stated: “‘Bombing Afghanistan back into the Stone Age’ was quite a favorite headline for some wobbly liberals. The slogan does all the work. But an instant’s thought shows that Afghanistan is being, if anything, bombed OUT of the Stone Age” (Daily Mirror, November 2001).

Even those who were actually committed to human rights and international law found some sort of logic in the war in Afghanistan.  “To my lasting regret I supported the war initially as an instance of self-defense validated by the credible fear of future attacks emanating from Afghanistan,” wrote Richard Falk, a renowned human rights scholar and UN envoy. However, he came to realize that “senseless and morbid wars produce senseless and morbid behavior” (Foreign Policy Journal, March 15).

The words ‘senseless’ and ‘morbid’ don’t begin to describe the dirty war in Afghanistan. A recent indication of callousness was on display in Washington, as President Barack Obama welcomed British Prime Minister David Cameron to the White House. Our alliance is “rock-solid,” Obama said. “Our world has been transformed over and over, and it will be again. Yet, through the grand sweep of history, through all its twists and turns, there is one constant: the rock-solid alliance between the US and the UK.” The intended reference was mostly about Afghanistan, as the latest massacre of Afghan civilians prompted a call by the country’s president, Hamid Karazi, to ask the US to redeploy its troops out of villages throughout the country.

‘Rock-solid’ means the US and its allies will stick to their plan of not ending their combat operations until 2014, and then, through a US-Afghan memorandum, maintaining a permanent military presence. Considering the alarming killing rates of Afghans, the term ‘rock-solid’ could also indicate numerous more deaths of innocent people simply because Obama doesn’t want to be seen as ‘soft’ and inconsistent during an election year.

But Afghans cannot maintain this charade for long. Expectedly, the Taliban will no longer engage the US in direct or indirect talks. As for the country’s weak president, he cannot find the right balance of accommodating the US plans and managing the active anger brewing among his countrymen.

The original orchestrators of the Afghanistan war are waking up to the new reality. The Afghans will accept no less than a full US-NATO withdrawal from their country, no matter the cost of that freedom. Empowered by an inflated sense of military superiority, the Bush and Obama administrations failed to grasp what has become a historical imperative: Afghanistan belongs to its people, who will fight to reinstate that fact over and over again.

Freedom is an absolute value. Its meaning is not diminished by war or military occupation. The moral clarity of the Afghan struggle for freedom in 2012 remains as strong as it was in 2001. What may prove ominous in future months is the fact that even the feeble excuse for war—that it was actually a ‘war on terror’—is hardly as ubiquitous as it once was. The war now merely exists to save face, to assert a degree of American dominance, and to arrange for some beneficial future that allows the US to reap unclear gains. This lack of moral and strategic centrality is turning the war into something sadistic, strange, racist and utterly inhumane.

The US is turning its citizens into ‘pathological killers’ wrote Falk. “American soldiers urinating on dead Taliban fighters, Koran burning, and countryside patrols whose members were convicted by an American military tribunal of killing Afghan civilians for sport… (Whatever US officials say to explain all of this) has become essentially irrelevant.”

In a meeting with Karazi, an elder from Balandi asked the president: “They killed so many of our loved ones, and do you have an answer why?”

No one is likely to offer an answer, for pathology cannot always be explained by carefully worded diplomatic language. What is clear, however, is that the recent spree of violence and humiliation will further fuel the determination of Afghans to end yet another bloody episode of their history on their own terms. “I don’t want any compensation. I don’t want money, I don’t want a trip to Hajj (pilgrimage), I don’t want a house. I want nothing but the punishment of the Americans. This is my demand, my demand, my demand and my demand,” said another elder (Al Jazeera, March 17).

Former US secretary of defense Donald Rumsfeld said in March 2003: “Freedom’s untidy, and free people are free to make mistakes and commit crimes and do bad things.”