France, Turkey, and the Armenian Genocide 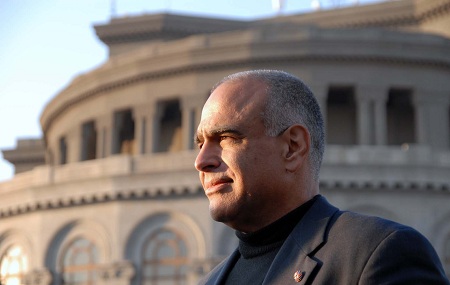 YEREVAN — On February 28, the Constitutional Council of the French Republic struck down a bill, previously enacted by its legislature, that would have made it a crime to deny the Armenian Genocide.  In all events, we respect the law of France and the will of its people.

What befell the Armenian nation in 1915 was more than genocide, more than holocaust.  It was not only the premeditated taking of human lives.  It was the collective murder of a nation, a culture, a civilization, and a time-honored way of life.

Schools, churches, hospitals, academies, institutions, public and private properties—which had belonged to the Armenians for millennia—were wiped off the map, destroyed, or otherwise expropriated.  The Armenian Genocide was the Young Turk regime’s comprehensive and violent dispossession, unprecedented in its evil and effect, of the Armenian nation.

It was the killing of a Homeland.

Reconciliation between the Turkish and Armenian nation-states must, and will, take place based on the triumph of truth, however terrible, and the delivery of justice anchored in earnest remorse, meaningful restitution, and a guaranteed reconnection between the Armenian people and their patrimony.

To this end, we remember our martyrs, salute all who prevent and punish crimes against humanity, and await Turkey’s true redemption.