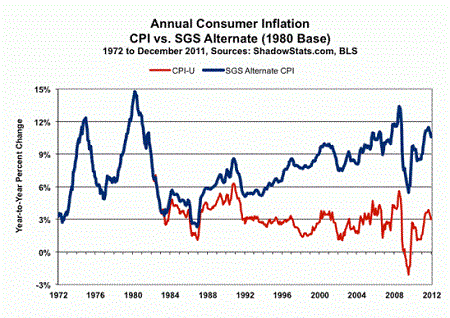 If you have any money and you want to understand the lies that “your” government tells you with statistics, subscribe to John Williams shadowstats.com.

John Williams is the best and most utterly truthful statistician that we the people have.

The charts below come from John Williams Hyperinflation Report, January 25, 2012. The commentary is supplied by me.

Here is the chart of real average weekly earnings deflated by the US government’s own measure of inflation, which as I pointed out in my recent column, Economics Lesson 1, understates true inflation. 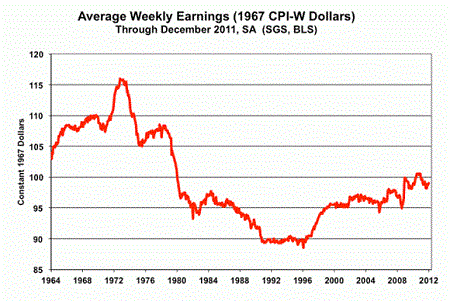 This chart (below) shows the behavior of inflation as measured by “our” government’s official measure, CPI-U (bottom line) and John Williams’ measure which uses the official methodology of when I was Assistant Secretary of the US Treasury. The gap between the top and bottom lines represents the amount of money that was due to Social Security recipients and others whose income was indexed to inflation that was diverted by the government to wars, police state, and bankers’ bailouts.

The recent drop in the Swiss franc is due to the Swiss government announcing that the country’s exports could not tolerate any further run up in the franc’s value, and that the Swiss central bank would print new francs to accommodate future inflows of dollars and euros. In other words, Switzerland was forced to import US inflation in order to protect its exports. 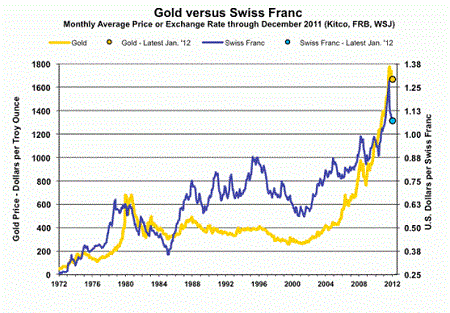 Here is nonfarm payroll employment. As you can see, the US economy has been in recession for four years despite the easiest monetary policy and largest government deficits in US history. 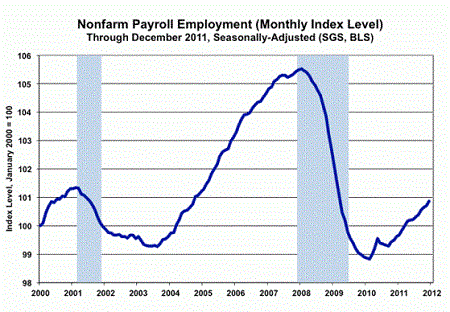 Here is consumer confidence. Do you see a recovery despite all the recovery hype from politicians and the financial media? 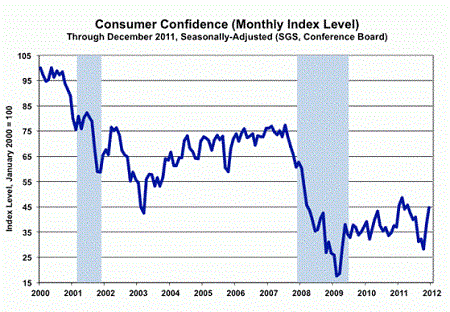 Here is housing starts. Do you see a recovery? 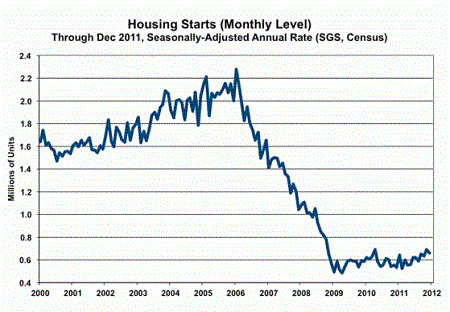 Here is real GDP deflated according to the methodology used when I was in the US Treasury. 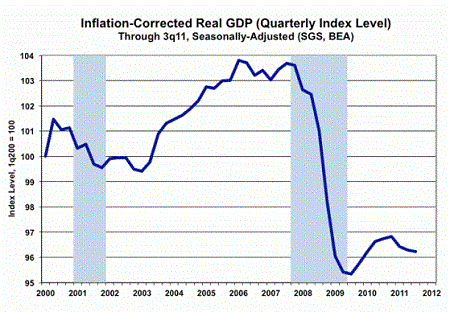 Here is real retail sales deflated by the traditional, as contrasted with the current, substitution-based, measure of inflation. 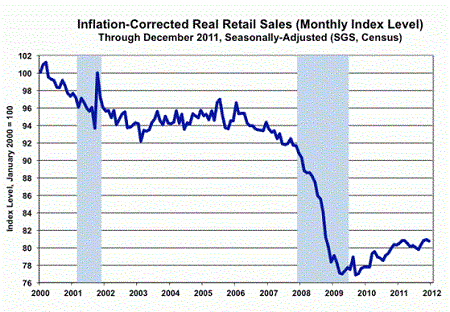 These graphs courtesy of John Williams make it completely clear that there is no economic recovery. In place of recovery, we have hype from politicians, Wall Street, and the presstitute media. The “recovery” is no more real than Iraqi “weapons of mass destruction” or Iranian “nukes” or the Obama regime’s phony story of assassinating last year an undefended Osama bin Laden, allegedly the mastermind of Islamic terrorism, left by al Qaeda to the mercy of a US Seal team, a man who was widely reported to have died from renal failure in December 2001, a man who denied any responsibility for 9/11.

A government and media that will deceive you about simple things such as inflation, unemployment, and GDP growth, will lie to you about everything.