Iran: War By Other Means 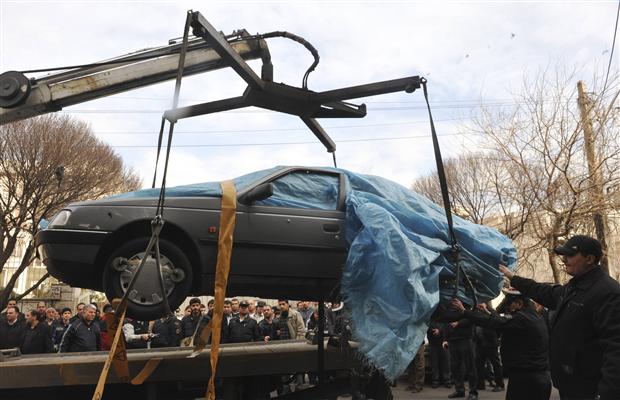 Here’s a brief history lesson. At the height of the World War II, when Hitler’s Germany was swallowing one mighty European nation after another without so much as a hiccup, Britain got so desperate for the US help that it resorted to all sorts of tricks to get the Atlantic cousins involved.

That old warhorse Churchill is said to have actually dispatched William Stephenson, Britain’s master spy and the man who inspired Ian Fleming’s James Bond, to the US to try everything from bribing and blackmailing the US senators to creating false flag situations to force the US into the war against Germany.  An unwilling America under a reluctant Roosevelt eventually joined the Great War after Germany invaded the Soviet Union.

As this psychological, diplomatic and economic war on Iran heats up, history appears to repeat itself all over again.  Israel and its friends in the US establishment appear more desperate than the British had ever been to get Uncle Sam into the breathlessly awaited war with Iran.  Desperate nations are as dangerous as desperate, suicidal men. 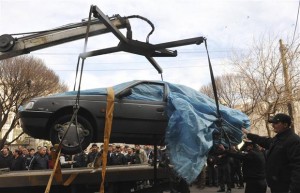 From the Mossad men posing as CIA agents to recruit saboteurs to assassinating top Iranian nuclear scientists that could be blamed on the ‘Great Satan,’ Israel has already taken this campaign against the Islamic republic to dangerous levels.  Right now tensions between Iran and the West are so thick that even a minor skirmish or misunderstanding could spark a full blown conflagration. The assassination of Mostafa Ahmadi Roshan, Deputy Director of Natanz nuclear plant, this month is the fourth such killing of top Iranian nuclear scientists over the past year and half.

This is not just an act of terror, as Tehran chose to describe it, but a declaration of war.  It would have provoked a third World War if the US and the now deceased Soviet Union had attempted something similar against each other’s scientists.  No other country for that matter would tolerate such attacks on its citizens and national interests.

Fortunately or unfortunately, a much sanctioned and politically and economically besieged Iran is perhaps in no position to respond to these flagrant provocations.   Israel and the West may not have declared it formally but the war on Iran has already begun-–on several fronts.   Its economy, already vulnerable thanks to the decades of crippling curbs, has further been brutalized by the latest UN-US sanctions targeting its Central Bank and the crucial oil trade.

The European Union, one of Tehran’s biggest trading partners and oil importers, has followed suit by banning Iran’s oil exports and freezing its financial assets. Goes without saying these actions are going to really hurt Iran considering some 80 percent of its foreign revenue comes from oil exports.  With its economy on the brink and sanctions turning the rial into a worthless paper, inflation has hit the roof biting ordinary people.

On the political and diplomatic front too, Iran finds itself at the receiving end as it helplessly awaits the approaching D day.  Just as a much sanctioned Iraq did in the run up to the 2003 Invasion.  Not a single day passes without the Israeli, American, and European politicians and security experts pitching for urgent ‘action’ against Iran.  Meanwhile, Washington and Tel Aviv are playing out the good cop-bad cop routine. The Americans raise the specter of a unilateral Israeli attack even as the Zionists raise the bang-Iran rhetoric to a feverish pitch keeping the whole world dancing on the razor’s edge.

What is most disturbing, though, is not the perfidy of Israel or the hypocrisy of its protectors but the deafening silence of the international community.  The less said of the United Nations the better. It increasingly reminds me of what Matthew Arnold said about Shelley—“an ineffectual angel, beating in the void his luminous wings in vain.”

The world body created to protect peace and resolve conflicts hasn’t just failed in its raison d’être—its purpose of existence—it has become a willing tool in the hands of the world powers.  The UN has increasingly been acting as handmaiden of the empire, with its institutions like the IAEA offering the fig leaf of legitimacy and at times even aiding in its quest for global hegemony.  But then what’s new? It’s a familiar and much repeated history.

What is most disturbing though is the shameful capitulation of the rest of the world in the face of this continuing tyranny and obfuscation.  Abdicating its collective responsibility, the world community stands and stares once again as the coalition of the ever willing cooks up yet another unjust war against another oil-rich Muslim nation.

The brazen, in-your-face hypocrisy of it all makes you sick.  A regime that sits on a neat pile of nukes and has a long history of aggression and countries that all boast of mountains of the deadliest of weapons ever invented are all ganging up on a nation that has played by the book and claims to seek nuclear power for peaceful purposes.  There has been nothing so far to suggest otherwise. After all, the IAEA has been digging for more than a decade.

More important, according to the Nuclear Proliferation Treaty, it’s not illegal for a member state to undertake nuclear enrichment, or even to maintain the so-called nuclear option, just as Japan, Brazil and Argentina have done all these years. You cross the red line only when you take the enrichment to weapons grade level or divert it to a weapons program.  Which is yet to be established in Iran’s case.  (Given this perpetual witch hunt by the West and Israel and considering what happened to Iraq, would you be really surprised if the ayatollahs indeed began flirting with the nuke power?)

That said, Iran’s leaders aren’t exactly doing their people any service by forever obsessing over nuclear power at the expense of everything else.  There is more to Iran, a civilization with a 3000-year old history, than this endless brinkmanship.

The majority of Iran’s population today is young and was born after the 1979 Revolution.  They have spent all their lives in isolation from the rest of the world thanks to decades of sanctions.  They deserve better considering Iran is the second largest producer of oil after Saudi Arabia. The aspirations and hopes of young Iranians are little different from those of the young Arabs demanding their place in the sun.

Much of this is a result of years of vilification and vindictive policies by the West.  But what is Iran itself doing to end its pariah status?  How about building bridges with its Arab neighbors and addressing their apprehensions that are as much a result of Western propaganda as they are of its own rhetoric? Right now, Tehran needs all the friends and allies it could get.

Meanwhile the world community, including the Arab and Muslim states, must do everything to prevent this coming war. The Middle East cannot afford another Armageddon.  The consequences of this misadventure in the volatile region could be unimaginably catastrophic for the Middle East and the world.