Remembering the Best and Worst of 2011 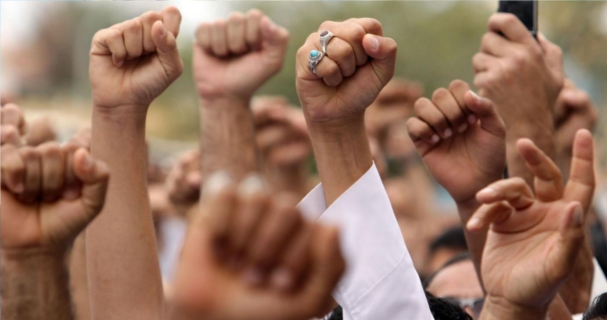 2011 was an exciting and pivotal year in many respects, although its main outcomes will remain inconclusive for years to come.  We will learn in 2012 whether we are moving closer to fulfilling our hopes, dreams, and goals or are trying to interpret and overcome a recurrence of disappointment and demoralization with respect to progressive change in world affairs. The stakes for some societies, and for humanity, have rarely been higher.

Undoubtedly, the most dramatic moments of the prior year were associated with those many remarkable happenings that collectively became known as the Arab Spring, a complex, varied, and even contradictory phenomenon that did not occur in an historical vacuum. There were many antecedent events, as well as prior heroes and victims, known and unknown, and numerous identified and unidentified villains. Mohamed Bouazizi’s extraordinary self-immolation on December 17, 2010 in the interior Tunisian city of Sidi Bouzid provided a catalyzing experience that will never be forgotten by those longing for justice and change. This suicide achieved much more than highlighting personal tragedy, although this sad ending of a young besieged life was itself a most sorrowful occurrence. Bouazizi’s death awakened the Tunisian public to an intolerable set of national conditions that pertained to the whole society. With explosive spontaneity Bouazizi’s tragic death generated Tunisian uprisings throughout the country that led quickly and surprisingly to the fall of the dictatorial and corrupt 23 year old regime of Zine El Abidine Ben Ali a mere five weeks later, a startling course of events that provided a spark for volcanic action in Egypt, and indeed the entire region.

The brave and transformative Egyptian demonstrations of January 2011, centered in Tahrir Square, contributed to the world many images of populist energy and courage associated with a political awakening of vivid and massive proportions. The fall of Mubarak in Egypt inspired people throughout the region and eventually the world. What was achieved in Tunisia and Egypt reestablished the agency of a mobilized populace that nonviolently challenges an entrenched regime of an oppressive and corrupt character that had endured for some 30 long years.  More than surprising developments in Tunisia and Egypt, regimes regarded as ultra-stable by their Western backers, was the exposure of several distortions embedded in prevalent Orientalist teachings to the effect that Arabs had a slave mentality. In effect, oppressed Arabs were consigned to their unhappy fates because they lacked the will or capacity to embark upon political undertakings to challenge unjust political structures, were reconciled to their subservience, and had no social imaginary that insisted on the dignity of ordinary people and demanded justice for society. In the sharpest contrast, the Tahrir political spectacle exhibited an Arab population prepared to risk death and harsh imprisonment so as to achieve freedom, human rights, democracy, as well as an equitable economic order.

These were inspiring uprisings that achieved unbelievably successful results, toppling tyrants long entrenched at the pinnacles of state power. Many participants and commentators believed that these extraordinary uprisings were accomplishing revolutionary results by toppling the old regimes and thereby transforming the political setting. Unfortunately, such enthusiasm was a disheartening exaggeration, and definitely remains premature. A revolutionary process implies radically transforming the political, economic, and social structures so as to produce just and democratic societies.  Such work has yet to be done anywhere in the Arab world, and it will not be easy, or accomplished without overcoming formidable and desperate resistance from beleaguered governmental, societal, and international elites that had long benefitted from the old regime, and would stand lose from genuine political reform.

Tunisia seems to be moving forward toward the realization of its revolutionary promise, although even progress on its road of political reconstruction is slow, uncertain, and replete with twists and turns. Tunisia has not yet experienced what could be fairly called a revolutionary outcome, although it is so far free from a counter-revolutionary backlash. At this time, the overall outlook for Tunisia remains exciting and positive. The same cannot now be said for Egypt, which is gripped by a series of deadly unresolved struggles that leaves its future very much in doubt, and makes us wonder whether 2012 will suggest an Egyptian outcome that is, at best, outwardly reformist, while remaining inwardly regressive. It would be a mistake to ignore counter-revolutionary maneuvers and horizons, abetted by external actors that never privately welcomed the Arab Spring and would welcome restoration of the old regimes, if possible with new faces and a political style that was more superficially congenial with democratic procedures.

And yet many Egyptians continue to struggle on behalf of a revolutionary future. Despite the violence of the Cairo regime without Mubarak, they returned in late 2011 to Tahrir Square for a second cycle of demonstrations. The show of unrestrained state violence and cruelty used to crush this renewal of popular demands for democracy, civilian governance, and justice was a reminder that the ouster of Mubarak was the beginning, not the end, of a long and difficult struggle to shape the political future of the country. The Egyptian army that last January seemed almost to greet the fall of Mubarak with a sigh of relief, now seems to be showing its hand as intensely anti-democratic and hostile to fundamental social and economic reforms that might threaten their privileges, but are urgently needed if Egyptian democracy is to become more than a discredited slogan. Also, the domestic situation is complicated by growing tensions between secularists and Islamists as to what sort of role Islam should play in Egypt that are susceptible to manipulation by malevolent outsiders. Although each country in the region is experiencing the Arab Spring in its own way, the form of the Egyptian unfolding, for better or worse, is the one that is most likely to exert a significant influence beyond its borders.

It must also be admitted that the Arab Spring has already produced its share of extremely disappointing results: Uprisings generated an escalation of oppression in Bahrain, a despondent resignation in Saudi Arabia and Algeria, a destructive and very violent NATO intervention in Libya, a situation of unresolved chaos and violence in Yemen, and a series of inconclusive bloody encounters in Syria.

Among the most extraordinary of extra-regional impacts of the events in the Arab world was the totally unanticipated Occupy Movement, starting in Wall Street, but spreading with the speed of an uncontrollable wild fire to cities throughout the United States, and then around the world. The word Occupy was given a radically transformed meaning through this movable feast of radical reclaimings of political space through nonviolent tactics that were confrontational toward the established order, including especially a display of anger about the excesses of capitalism and financial institutions. The movement was indistinct in its contours and goals, seemingly dedicated to the realization of democratic values on a global scale, particularly with respect to the global economy, but without any confidence that desirable ends could be reached by way of conventional politics: elections, political parties, institutional lawmaking, and governmental policies.

The creativity of the movement was embodied in its radical reliance on pure democracy to manage its own collective behavior, giving equality of participation the highest priority. So far, the Occupy Movements have lacked a clear agenda of substantive initiatives and demands, remained leaderless, and operating without a program or even a consistent spokesperson, but in varying ways deferring to the daily needs and wishes of its militants camped out in dozens of city squares and parks. Whether this kind of politics represents the first stage of a new revolutionary politics capable of both challenging the modern capitalist state and of transforming neoliberal globalization into a robust realization of global democracy is most uncertain at present, but may become clearer throughout 2012.  At the very least, the political imagination of resisters in the West to injustice has been temporarily lifted from the doldrums of passivity and despair. The idea that popular discontent need not await the outcome of normal politics is again credible. Such politics can move to occupy and maybe, just maybe, stay around long enough to mount a political challenge that shakes the foundations of what was triumphantly dubbed ‘market-oriented constitutionalism’ at the end of the Cold War.  We should begin to ask ourselves whether we are witnessing the birthpangs of what I have called ‘anarchism without anarchism.’  Or is this just a political dance that will continue only so long as the music plays?