The Outlook for the New Year: Tyranny in the Forecast 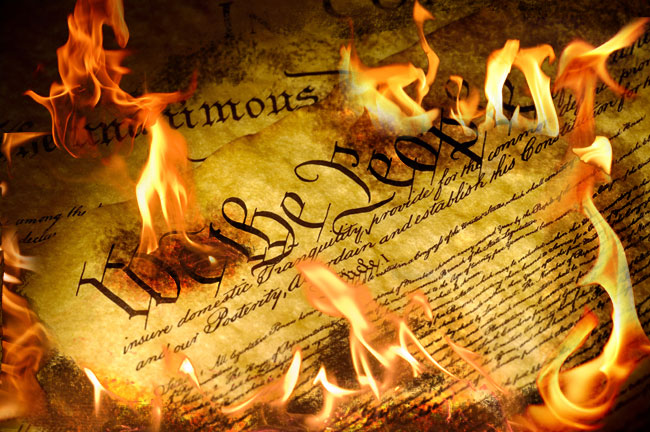 In March 2010, when I resigned from my column with Creator’s Syndicate and put down my pen, I received so many protests from readers that two months later I began writing again. This renewed activity has resulted in this new year in a website of my own.

My columns will first appear on my site. Sites on which readers are accustomed to find my columns are permitted to continue to post my columns as long as they link to my site and indicate my copyright. The site will stay up if reader support justifies it.  Otherwise, I will conclude that the cost of the site exceeds the value of what I have to say.

This past year has not been a good one for the 99%, and the new year is likely to be even worse. This column deals with the outlook for liberty.  The next will deal with the economic outlook. 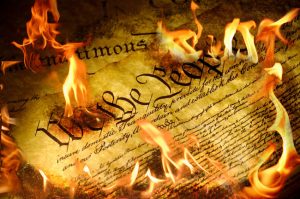 The outlook for liberty is dismal. Those writers who are critical of Washington’s illegal wars and overthrow of the US Constitution could find themselves in indefinite detainment, because criticism of Washington’s policies can be alleged to be aiding Washington’s enemies, which might include charities that provide aid to bombed Palestinian children and flotillas that attempt to deliver humanitarian aid to Gaza.

The Bush/Obama regimes have put the foundation in place for imprisoning critics of the government without due process of law. The First Amendment is being all but restricted to rah-rah Americans who chant USA! USA! USA!  Washington has set itself up as world prosecutor, forever berating other countries for human rights violations, while Washington alone bombs half a dozen countries into the stone age and threatens several more with the same treatment, all the while violating US statutory law and the Geneva Conventions by torturing detainees.

Washington rounds up assorted foreign politicians, whose countries were afflicted with civil wars, and sends them off to be tried as war criminals, while its own war crimes continue to mount. However, if a person exposes Washington’s war crimes, that person is held without charges in conditions that approximate torture.

Bradley Manning is the case in point.  Manning, a US soldier, is alleged to be the person who released to WikiLeaks the “Collateral Murder” video, which, in the words of Marjorie Cohn, “depicts U.S. forces in an Apache helicopter killing 12 unarmed civilians, including two Reuters journalists. People trying to rescue the wounded were also fired upon and killed.”

One of the Good Samaritans was a father with two small children. The video reveals the delight that US military personnel experienced in blowing them away from the distant skies. When it became clear that the Warriors Bringing The People Democracy had blown away two small children, instead of remorse we hear an executioner’s voice saying:  “that’s what he gets for bringing children into a war zone.”

The quote is from memory, but it is accurate enough.  When I first saw this video, I was astonished at the brazen war crime. It is completely obvious that the dozen or so murdered people were simply people walking along a street, threatening no one, unarmed, doing nothing out of the ordinary.  It was not a war zone. The horror is that the US soldiers were playing video games with live people.  You can tell from their commentary that they were having fun by killing these unsuspecting people walking along the street.  They enjoyed killing the father who stopped to help and shooting up his vehicle with the two small children inside.

This was not an accident of a drone, fed with bad information, blowing up a school full of children, or a hospital, or a farmer’s family.  This was American soldiers having fun with high tech toys killing anyone that they could pretend might be an enemy.

When I saw this, I realized that America was lost. Evil had prevailed.

I was about to write that nothing has been done about the crime.  But something was done about it.  An American soldier who recognized the horrific war crime knew that the US military knew about it and had done nothing about it.  He also knew that as a US soldier he was required to report war crimes. But to whom?  War crimes dismissed as “collateral damage” are the greatest part of Washington’s 21st century wars.

A soldier with a moral conscience gave the video to WikiLeaks.  We don’t know who the soldier is.  Washington alleges that the soldier is Bradley Manning, but Washington lies every time it opens its mouth.  So we will never know.

All we know is that retribution did not fall on the perpetrators of the war crime.  It fell upon the two accused of revealing it—Bradley Manning and Julian Assange.

Manning was held almost two years without charges being presented to a court. In December’s pre-trial hearings, all Washington could come up with was concocted  accusations.  No evidence whatsoever.  The prosecutor, a Captain Fein, told the court, if that is what it is, that Manning had been “trained and trusted to use multiple intelligence systems, and he used that training to defy that trust. He abused our trust.”

In other words, Manning gave the world the truth of a war crime that was being covered up, and Washington and the Pentagon regard a truth teller doing his duty under the US military code as an “abuser of trust.”

In the 1970 My Lai Courts-Martial of Captain Ernest L. Medina, the Prosecution Brief states:

A combat commander has a duty, both as an individual and as a commander, to insure that humane treatment is accorded to noncombatants and surrendering combatants. Article 3 of the Geneva Convention relative to the Treatment of Prisoners of War specifically prohibits violence to life and person, particularly murder, mutilation, cruel treatment, and torture. Also prohibited are the taking of hostages, outrages against personal dignity and summary judgment and sentence. It demands that the wounded and sick be cared for. These same provisions are found in the Geneva Convention Relative to the Protection of Civilian Persons in Time of War. While these requirements for humanitarian treatment are placed upon each individual involved with the protected persons, it is especially incumbent upon the commanding officer to insure that proper treatment is given.

Additionally, all military personnel, regardless of rank or position, have the responsibility of reporting any incident or act thought to be a war crime to his commanding officer as soon as practicable after gaining such knowledge. Commanders receiving such reports must also make such facts known to the Staff Judge Advocate. It is quite clear that war crimes are not condoned and that every individual has the responsibility to refrain from, prevent and report such unwarranted conduct. While this individual responsibility is likewise placed upon the commander, he has the additional duty to insure that war crimes committed by his troops are promptly and adequately punished.

At the National Press Club on February 17, 2006, General Peter Pace, Chairman of the Joint Chiefs of Staff, said that “It is the absolute responsibility of everybody in uniform to disobey an order that is either illegal or immoral.” General Pace said that the military is prohibited from committing crimes against humanity and that such orders and events must be made known.

However, when Manning followed the military code, his compliance with law was turned into a crime. Captain Fein goes on to tell the “court” [a real court would throw out the bogus charges, but Amerika no longer has real courts] that “ultimately, he aided the enemies of the United States by indirectly giving them intelligence through WikiLeaks.”

In other words, the “crime” is an unintended consequence of doing one’s duty—like the “collateral damage” of civilian casualties when drones, bombs, helicopter gunships, and trigger-happy troops kill women, children, aid workers, and village elders.  Why is Washington only punishing Manning for the collateral damage attributed to him?

Captain Fein could not have put it any clearer.  If you tell the truth and reveal Washington’s war crimes, you have aided the enemy.  Captain Fein’s simple sentence has at one stroke abolished all whistleblower protections written into US statutory law and the First Amendment, and confined anyone with a moral conscience and sense of decency to indefinite detention and torture.

The illegal detention and treatment of Manning had a purpose, according to a number of informed people. Naomi Spencer, for example, writes that Manning’s long detention and delayed prosecution is designed to coerce Manning into implicating WikiLeaks in order that the US can extradite Julian Assange and either prosecute him as a terrorist or lock him away indefinitely in a military prison without any recourse to the courts, due process or the law.

Assange’s case is mysterious.  Assange sought refuge in Sweden, where he was seduced by two women.  Both admit that they had sexual intercourse with him voluntarily, but afterwards they have come forth with claims that as they were sleeping with him in the bed, he again had sexual intercourse with them, and that they had not approved this second helping and that he was asked to use a condom but did not.

The Swedish prosecutorial office, after investigating the charges, dismissed them. But, strangely, another Swedish prosecutor, a woman suspected of connections to Washington, resurrected the charges and is seeking to extradite Assange to Sweden from the UK for questioning.

The legal question is whether a prosecutor can seek extradition for investigative purposes. The UK Supreme Court thinks that this is a valid question, and has agreed to hear the case. Normally, extradition requests come from courts and are issued for persons formally charged with a crime. Sweden has not charged Assange with a crime.