Return to Sorman: Anatomy of a NATO War Crime 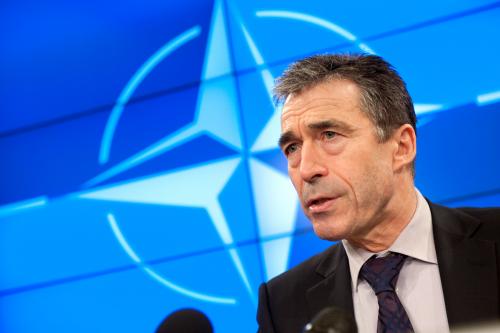 In an instant Khaled El-Hamedi’s family was dead. The children were crushed, blown apart or shredded into pieces, along with friends and extended family members who had slept overnight.

Khaled was working late, attending meetings with displaced Libyans driven from their homes and urgently in need of IOPCR help. As he returned home, Khaled saw from his car window the sky light up and heard exploding bombs. He was frozen in horror as entered his property and observed rescue workers frantically digging and futilely trying to move the thick concrete slabs of his home hoping against hope that they would miraculously find survivors.

Libyan government spokesman Mousa Ibrahim announced the death of 15 people, including three children, were killed at Sorman. He slammed the NATO bombing as a “cowardly terrorist act which cannot be justified.”  Investigators who visited Sabratha hospital 10 kilometers from Sorman saw nine bodies, including three young children. They also saw body parts, including a child’s head.

For those who visited the Al-Hamidi family compound back in June following the NATO bombings, as this observer did less than a week after the crime as part of an international delegation, the scene was one of total devastation.

Collapsed and blown apart concrete and tiled homes, small body parts, and bits of family belongings and memorabilia, trees, some blown over, others bending and nearly denuded of their foliage, dead, terrified and dying petting zoo animals, including exotic birds, ostriches, deer, small animals, and large moose killed or left near death and most in a blind stupor staring blankly from what remained of their shelters while dying of wounds and from trauma.

Outside one of the bombed houses, I noticed crushed cartons of spaghetti pasta and cans of tomato sauce, stockpiled for distribution to the needy as part of the work of IOPCR during the summer and in preparation for the coming Holy month of Ramadan observances which included doing and performing charitable works and individual humanitarian acts.

Under growing pressure from the international community including NATO member states, NATO HQ claimed equipment malfunction, missed target, poor intelligence and pilot errors.  Finally, US Defense secretaries Gates and his replacement, Leon Panetta admitted that NATO lacked effective intelligence on the ground to identify military targets with certainty. Former Defense Secretary Gates, in criticizing NATO’s operation in Libya implied that NATO used a bomb first ask questions later paradigm in Libya.  And this appears to have been the case. These excuses in no way absolve NATO and its 28 NATO member states of responsibility.

Canadian Lieutenant General Charles Bouchard insists to this day that only Libya’s military was targeted: “This important strike will greatly degrade Gadhafi regime forces’ ability to carry on their barbaric assault against the Libyan people,” he told the media from his office in Brussels.  The civilian deaths at Sorman came just hours after NATO acknowledged that one of its missiles had gone astray early on Sunday, hitting a residential neighborhood of Tripoli.

At the request of Khaled al-Hamedi, himself being sought by Libya’s new government, and aware that I was going to return to Sorman, I felt honored as I made my way to his loved ones’ gravesites on the family homestead where he and I first met, in order to deliver a message from him to his loved ones.

Picking my way through debris in the dark, under the cold and suspicious eyes of a couple of  local militiamen, I stood at the same spot, where on June 27th his family’s freshly dug graves bore witness to what Khaled was describing to our shocked delegation  concerning the details of the horror and hellfire that NATO unleashed upon his family.

Back in June, I had moved to the rear of our group as Khaled spoke to us about the loss of his babies, his beauties and his precious pregnant wife. I was embarrassed because for some reason, uncontrollable tears would not stop streaming down my face and, despite averting my eyes, I saw that Khaled noticed.  I was touched when this young man, to whom I was a total stranger, came to me and put his arm around my shoulder in comfort. Clearly he understood that each of us can feel the pain of others, even of strangers, as well as connect them with our own losses of loved ones in life.

Later, as I learned more about Khaled’s family and saw their most expressive and revealing photos, I came to believe that with respect to the wanton criminal aggression that caused thousands of needless deaths of innocents over the period of nearly nine months against this simple, gentle society, that Najia, Safa, Salam, Khaleda, and Khweldi, and the others slaughtered at Sorman, are forever iconic representatives of all the innocent civilians who were slaughtered in Libya since March 2011.

During my recent visit to Sorman, I stood at the same location as last June. I surveyed the area and then approached the graves of Najia, Safa, Salam, Khaleda, and Khweldi.  In the cold darkness, and the piles of rubble still in place,it was eerie.

I knelt close, felt a strange source of warmth and looked over my shoulder.

I whispered in the silent night that I had a message from your loving Husband, Father, Uncle and Nephew that he asked me to deliver to you.

I read to them the message entrusted to me. And I left a copy in Arabic, pinned to a bouquet of flowers. The message read:

Please say a very big hello to them and tell them I am coming.

Please tell them “I won’t leave you alone

And I miss each of you so very much.”

And please write them each a note.

Franklin, Tell them, “You are my life.

You are my love.

I miss you very, very much.

Life without you is so painful, so hard and completely empty.

I won’t stay and live away from you. I promise.

I’ll return and be close to you. Baba will be back.

As I made my way back to the main road in search of a taxi, a militiaman stopped me and interrogated me about why I was there, confiscated my camera, and ordered me to leave the area at once.

I paused for a moment and looked back toward what had been a loving family home, a petting zoo and bird sanctuary that had delighted the children in this neighborhood.

A little boy and girl, perhaps siblings, maybe six or seven years old, approached me with their Ethiopian nanny and asked: “Wien, (where is) Khaleda? Wien Khweldi? Metta yargeoun ila Al Bayt?” When will they come home?

Unable to speak, I kissed and patted their sweet heads and continued on my way.

Khaled K. Al-Hamedi is strong, deeply religious, and fatalistic. He has pledged to family and friends around the world that he will continue his work with the International Organization for Peace, Care & Relief in spite of the life shattering loss of his loved ones.

An honorable family, a peaceful and welcoming town, a devastated country, and a shocked and angry international community demand justice from those who sent ‘Unified Protector’ and NATO’s no-fly zone to destroy Libya in order to “protect the civilian population.”