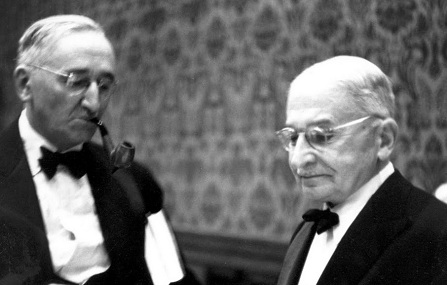 A featured article in this month’s issue of Mother Jones is entitled “Rich People Create Jobs! And five other myths that must die for our economy to live.” If rich people don’t create jobs, where do they come from? Hmm… You can see where the argument is going. The gist of the piece is that we need big government, with all its wise bureaucrats and legislators who apparently share none of the weaknesses of lesser mortals, to save us from ourselves. Particularly ironic is the fact that in order to supposedly debunk certain supposed “myths”, the author, Kevin Drum, repeats certain other myths. It’s worth having a look, because the article is representative of broadly popular kinds of thinking on matters of the economy that pose a serious threat to our future.

The stimulus worked, Drum insists, while asking, “So why is our economy still in such bad shape?” Oh. So it didn’t work so well, huh? His answer to his own question is simple. It’s because “It just wasn’t big enough, or long-lasting enough.” His proof is that “things would have been worse without the stimulus”. How do we know? A lot of really smart guys have “concluded that it increased economic growth, reduced unemployment, and put millions of people back to work.” One needn’t get too much into the details. Just look at history! The argument for “tighter money and lower spending” is “exactly the same mistake we made in 1937.”

What happened in 1937? Well, “Franklin Roosevelt tackled the Great Depression” during his first four years “with inflation, easy monetary policy, and government spending.” But then he reversed course, cutting spending and tightening up the money supply, which had “disastrous results”. GDP and industrial production plummeted (it’s important to note that the capital goods industries were hit harder than consumer goods, a point we’ll return to), and it was only in 1938, when “the austerity program was abandoned”, that “the economy started to grow again.” So, obviously, history teaches us that increased government deficit spending and monetary inflation are good for the economy, and such a policy, as every enlightened person knows, is the way out of recession.

Except that the cause of the Great Depression was the Federal Reserve’s inflationary monetary policy. The boom of the roaring ‘20s was largely illusory, based not on savings and sustainable investment and growth, but on the unsustainable expansion of credit, debt, and malinvestment. But wasn’t it was the Fed’s deflationary policy that caused the depression? Actually, no, that’s a myth long since debunked by Austrian economists. As Murray N. Rothbard observes in his study, “America’s Great Depression”, it is true that the money supply shrank. Demand for money increased and people drew down their deposits, thus reducing the base upon which banks could pyramid and with the magic of fractional-reserve banking inflate the money supply. Confidence in the banking system was also shaky, so banks fearing potential runs held onto extra reserves. Thus, the deflationary tendency was the result of market forces moving towards healthy equilibrium and sustainability.

But the Fed tried to fight the market and inflate, including by monetizing government debt. Interest rates were kept artificially low, leading to a misallocation of resources and malinvestment—not unlike the case of the housing bubble that precipitated the 2008 financial crisis, only in this case it resulted in entrepreneurs taking advantage of the artificially low cost of money to invest more heavily in capital goods rather than labor. The Fed’s inflationary policy is evident in the fact that even while the money supply decreased, prices remained stable. With advancements in technology allowing for goods to be made cheaper and with a falling money supply, prices should have fallen as well, but they didn’t. This was a consequence of the Fed’s inflationary policy. The depression was the market’s cure for the disease of government interference that caused the distortions and malinvestment.

Now, back to 1937. Actually, government spending was less in 1935, during Roosevelt’s supposed recovery, than in 1937, as Jonathan M. Finegold Catalan points out. During the time Roosevelt was supposedly tackling the depression, from 1933 to 1935, spending peaked at $6.5 billion in 1934, while it was at $7.6 billion in 1937, down from $8.2 billion in 1936. It’s true that the deficit was much lower in 1937, the lowest since 1933, at $2.2 billion, down from $4.3 billion the previous year. But, then, the following year, when Roosevelt supposedly came to his senses and put aside his foolish idea of cutting the deficit, the deficit was actually slashed considerably further, down to just $89 million. The relatively modest cut in spending in 1937 translated into a huge reduction of the deficit because tax revenues were much higher that year than in any previous year during the depression. And the “tightening” of the money supply refers to the enacted policy of increasing in the required reserves of the banks, but the effect of this on the money supply was diminished since cautious banks were already keeping excess reserves instead of fully loaning up. The cause of the 1937 recession was the inflationary policy that preceded it—along with an inflow of gold from Europe that added to reserves upon which the banks could pyramid—and not from the “tightening” that accompanied it.

The supposed recovery that preceded the 1937 recession was illusory. Like treating the drug addict who starts going into withdrawals by injecting more heroin into his system, the response by both Hoover and Roosevelt to the market’s attempt to readjust and liquidate the malinvestment caused by government intervention and the Fed’s inflationary policy was to double down on the very policies that had caused the depression in the first place, thereby making it “Great”. 1937 was another period of “withdrawal” as the pace of credit expansion slowed and the malinvestments began to reveal themselves, with the envisioned profits induced by easy money proving illusory, being undercut by the high cost of wages. Productivity fell and unemployment rose. As Drum himself points out, hardest hit were the capital goods industries.

As Catalan puts it, “Roosevelt’s Recession” of 1937 was not a mistake but “a necessary readjustment period after the boom of the period 1935-1936…. It is evident that the recession of 1937 was not a product of low government deficit spending or contractionary fiscal policy on the part of the Federal Reserve. It was, instead, a product of expansionary monetary policy and heavy government regulation.” John Lott similarly concludes in the Wall Street Journal that “The real lesson from the 1937-38 is that government made the situation much worse by always trying to fix things.”

“We have tried spending money,” Roosevelt’s Secretary of the Treasury Henry Morgenthau despaired in 1939, after the president has supposedly realized his “mistake” of cutting spending and unemployment rose above 20%. “We are spending more than we have ever spent before and it does not work…. I say after eight years of this Administration we have just as much unemployment as when we started…. And an enormous debt to boot!”

So much for Drum’s “myth”-busting on that count.

“Myth #2: The Deficit Is Our Biggest Problem Right Now.”

This is a “myth” because the government is able to borrow money at little to no interest. If the situation was “really at dire and unsustainable levels”, then “nervous investors would be driving up interest rates on federal borrowing”, yet “just the opposite has happened”. Real treasury yields are at or below zero, Drum observes, concluding, “Apparently, the financial markets think we’re a pretty good credit risk.”

Except that it isn’t the free market that has kept interest rates so low. On the contrary, it is the Federal Reserve that has acted to artificially zero interest rates by buying up treasury securities. Drum cannot possibly be unaware of this, but he nevertheless seems completely oblivious to its implications. The appearance of confidence in the dollar and the U.S. economy Drum speaks of is illusory. Obviously, if interest rates were so low purely because of investor confidence, then the Fed wouldn’t have felt it necessary to intervene to monetize government debt with the express purpose of lowering interest rates. Drum adds that “only an idiot turns down free money.” Perhaps, yes. But only an idiot could call it “free money” when the Federal Reserve buys up treasuries and destroys the purchasing power of the dollar through inflation, a hidden tax on the American people, or when the government otherwise borrows money under deficit spending that can only be repaid in the future either through raising taxes or further devaluing the dollar.

Not that any of this necessarily leads to the conclusion that the deficit is the “biggest” problem. One could definitely argue that this is a myth. For instance, one could make a compelling case that our biggest problem is the Federal Reserve system itself. So Drum might still be on to something calling this a “myth”, just not in the way he intended.

“Myth #3: Lower Taxes Are the Best Way to Grow the Economy.”

Here, Drum first argues that there’s “virtually no correlation” between lower tax rates and economic growth, and then that higher taxes can stimulate an economic boom. After all, in 1993, President Clinton raised taxes and “the economy boomed.” The conclusion is that “high tax rates don’t hinder growth, and low tax rates don’t stimulate it.”

Except that this argument is self-contradictory. How can it both be true that there is “no correlation” between lower tax rates and economic growth and also true that there is a positive correlation between higher tax rates and growth? And Clinton’s 1993 economic plan also cut spending and implemented “fiscal austerity” to reduce the deficit, which is supposed to be bad for growth, remember? And what about Clinton’s 1997 tax breaks on capital gains in real estate that has been credited with contributing to the housing boom? Here, if one wanted to argue against tax cuts, a strong case could be made that they should never come in the form of government incentives aimed to create growth in a favored sector of the economy and so to distort the market. But, then, that would concede that lowering taxes does stimulate growth. Turning again back to the Great Depression for some historical guidance, it’s interesting to note that Hoover raised tax rates, and yet the depression only deepened, causing government revenue to decrease.