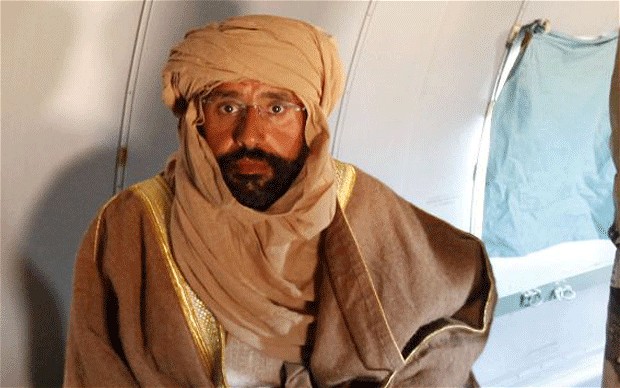 Will the UN insist on Fair Trials for Ex-Regime Loyalists in Libya? 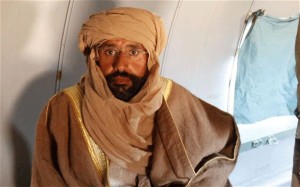 The appellate judge in the case was none other than the current head of the NATO-installed Libyan National Transition Council (NTC) Mustafa Abdul Jalil, whose formal legal education consisted of sitting in on some Sharia law classes. Following his appellate decision in the case, and for other services rendered to the former regime, Jalil was rewarded with the post of Minister of Justice. He served loyally in that position until American associates encouraged the intensely ambitious Minister to resign on February 24, 2011, the day he joined the Benghazi based uprising, as “leader.”

In the Benghazi nurses case, “Judge” Jalil knew the defendants were innocent and had been regularly and severely tortured during years of incarceration and forced into making false confessions which they later recanted. He also knew that the families of the false government witnesses against the “Benghazi Six” had been threatened with death if their relative failed to testify that it was the defendants who injected 426 Libyan children with HIV at the al-Fateh hospital in Benghazi. Jalil was also fully aware that, as the Libyan and International medical community knew, unsanitary conditions at the hospital caused the spreading of the HIV virus which originated in Benghazi from African guest workers, well before the arrival of the Palestinian and Bulgarian humanitarian medical staff.

During his “judicial review”, Jalil ignored the most elementary rules of criminal trial procedure and did not appear to grasp the fact that without procedural rights no accused person possesses substantive rights.

From day one of the “Benghazi Six” proceedings, which spanned more than five years, it was a political exercise. The same  appears certain to be the case from the moment of the opening of any trial conducted in Libya of  high profile ex-regime loyalists including Saif al Isam, Abdullah al-Senussi, Abu Zeid Dorda, former Libyan Prime Minister al-Baghdadi al-Mahmoudi, former vice foreign minister Khaled Kiam, and others. If their trial is held in Libya, it is not at all certain that these accused will still be alive when the courtroom proceedings begin. This is because of the current lawlessness and political jockeying among NTC power centers and a widespread thirst across Libya today for revenge which trump international notions favoring just trials.

Jalil—who recently announced that men in Libya will be allowed four wives because the “New Libya” is going to strictly follow Sharia law, and four wives is what the Koran allows—wants the trials held in Libya.  He will try to convince the International Criminal Court (ICC) prosecutor, Luis Moreno Ocampo, who is currently visiting Libya on behalf of the ICC that Libya should be the venue for Gadhafi regime trials and not The Hague.  Perhaps Jalil will tell Ocampo not to worry about fair trials in Libya because one area in particular in which Libyan laws have been inconsistent with Sharia is in the penal law.  Punishments under the Gadhafi regime were lighter than those mandated by traditional Islamic Hudud deterrent punishments, which Jalil is reported to favor, but current Justice Ministry officials say current punishments, not Hudud, will be applied.

Ocampo’s challenge will be to explain the legal steps to officials in Tripoli, and try to convince them that The Hague is the better option for the coming trials. Ultimately, it is up to the ICC judges backed by the UN whether to hand over the cases against Saif al Islam and Abdullah al Senussi to the NTC.

Jalil will have the White House and NATO backing him on this issue.  Indeed, on November 21, UN Ambassador Susan Rice beat Ocampo to the punch, so to speak, and showed up here in Libya to flamboyantly announce that the US will not pressure Libya to send Seif al Islam to the ICC at The Hague, an international criminal court whose jurisdiction the Obama Administration has refused to accept as 119 other countries have done.

What the White House and NATO want is for former key Gadhafi loyalists like Seif al Islam to be silenced (reminding one of Saddam, Osama, and Muammar) before they can reveal criminal dealings by NATO country leaders.  Chances are the jailed defendants will be killed unless the UN Security Council, which allowed the destruction of Libya via UNSC Resolution 1973, intervenes to uphold UN humanitarian principles.

Returning to the subject of my courtroom usher, who currently works in Benghazi as a NTC liaison officer with some of NATO’s still active special units, he showed me the large ornate Italian style courtroom window which, like the courtroom, was also freshly painted. Wiping an index finger on the window ledge to show me its dust free condition, he explained:  “As you can see with our newly painted courtroom we are now ready to bring these dogs to justice and we don’t want any foreign interference in our country. We can take care of our own problems.”  Speechless, I kept my thoughts to myself.  But they included that had my guide’s new attitude about foreign interference and rivals in Libya settling their differences among themselves prevailed nine months ago, Libya would not have experienced the scores of thousands killed, wounded or whose lives were to varying degrees shattered, the latter affecting Libya’s total population.

The above events, the show trial and equating a painted courtroom with readiness to administer justice, make plain to this observer that Libya in not yet ready to conduct fair criminal trials, not for the 16,000 current detainees,  (approximately 3,000 still in prison from the previous regime, and close to 13,000 jailed by  Libya’s claimed liberators). Libya currently lacks the capacity and perhaps agreement about what a fair trial would even be. It appears that currently a fair trial will not be conducted for high profile former regime loyalists.

Part of the reason is that today in Libya, the prevailing political, and legal dicta comes not from Gadhafi’s Little Green Book, volume I of which was published in 1976, or the engraved words outside UN headquarters at Turtle Bay, New York, from Isaiah 2:4:  “They will beat their swords into plowshares and their spears into pruning hooks. Nation will not take up sword against nation, nor will they train for war anymore.”  Rather, today’s clarion in Libya trumpets a quotation from Mao Tse-Tung’s Little Red Book published in 1964, and it’s as true today as ever it was: “Political power grows out of the barrel of a gun.”

Despite sanctimonious NATO calls for the nearly four dozen militia, with more forming every month, to turn in their weapons, most of which NATO indirectly supplied, Libya’s armed gangs are rearming, increasing their rank and file numbers and expanding the scope and the variety of their “security parameters”, all designed for maximizing their political power in the continuing turbulent period which will likely witness serial new and weak governments rising and collapsing here.

Key militias groups like the Zintanis, who captured Seif, or the Misratans, who killed Muammar and the most organized groups, which are Islamist, have organizational networks that are supporting their demands for major posts in the new government. The expected announcement by interim Prime Minister Abdul Rahim al-Keib of a new interim government is considered a mere starting point by these stronger militias in the process of maneuvering themselves into essentially full control.

This absence of control over the militias is only too evident in the treatment of less than high profile captured former regime officials and towns. Reports of score settling are heard everywhere. Ignoring the claimed authority of the NTC, militias continue to ransack towns formally loyal to Gadhafi as they mete out bloody reprisals even on rival militia opposed to the former regime. Instead of handing over weapons from captured government arsenals to the authorities, militias are taking them back to their hometowns. So far the interim government has been unable to exert any significant authority over a country awash with weapons and armed men.

This observer was approached last week in the lobby of a five-star Tripoli hotel by an Israeli business man who was jokingly complaining, “Why don’t these people speak Hebrew? Maybe I should open a school.” Like many of his countrymen and hundreds from NATO countries, Israelis are having no trouble getting visas here. It is not the same for black Africans and Arabs who are being held in herds at the borders with Egypt or Tunisia, or in Cairo, Alexandria, or Tunis, until groups of hundreds can be assembled and processed by well-paid construction and domestic worker employment agents who will likely continue Lebanese and Saudi Arabian style “keep their passports and pay them pittance” slave labor practices.   The droves arriving in Libya to do business, some of whom this observer has spoken with, will pretty much accept any kind of business if the bottom line is attractive. “God willing we can make this country  into another Dubai”, one fellow opined as he asked if I knew any real estate agents who could help him buy up Mediterranean beach frontage cheap for a tourist resort.

On the lighter side, but to this observer’s chagrin, even my Chadian princess friends, who work with the traditional Saharan medicine specialist Dr. Fatma, and who more or less cured my leg in late August [Editor’s note: Franklin Lamb had been shot in the leg by a sniper],  and whose staff still administers my necessary outpatient physical therapies, are getting into the weapons business.

Today the picture of Libya is that of a country split into deadly rival factions. Cambridge University’s Tarak Barkawi accurately describes Libya as a country “shot through with rivalries, jealousies and blood debts.”  The NTC is  itself is a disparate collection of defected regime elements, Islamists, secular expatriates and Berbers, many deeply suspicious of NTC leader Jalil, who has never adequately explained his role in the July assassination  of his rival,  former Interior Minister General Younis, after the latter joined the rebels.

An international legal team is working on a brief for the UN Security Council, the International Criminal Court, and the Libya National Transitional Council, laying out arguments to be used on behalf of former Gadhafi regime loyalists in an effort to convince these bodies that the facts and law of this case warrant moving their trials from Libya to The Hague.

The brief is expected to be made available publicly on December 15. Meanwhile the UN Security Council must support the ICC and assure that Libyan show trials for former regime loyalist that have been indicted are avoided by conducting their trials in The Hague.